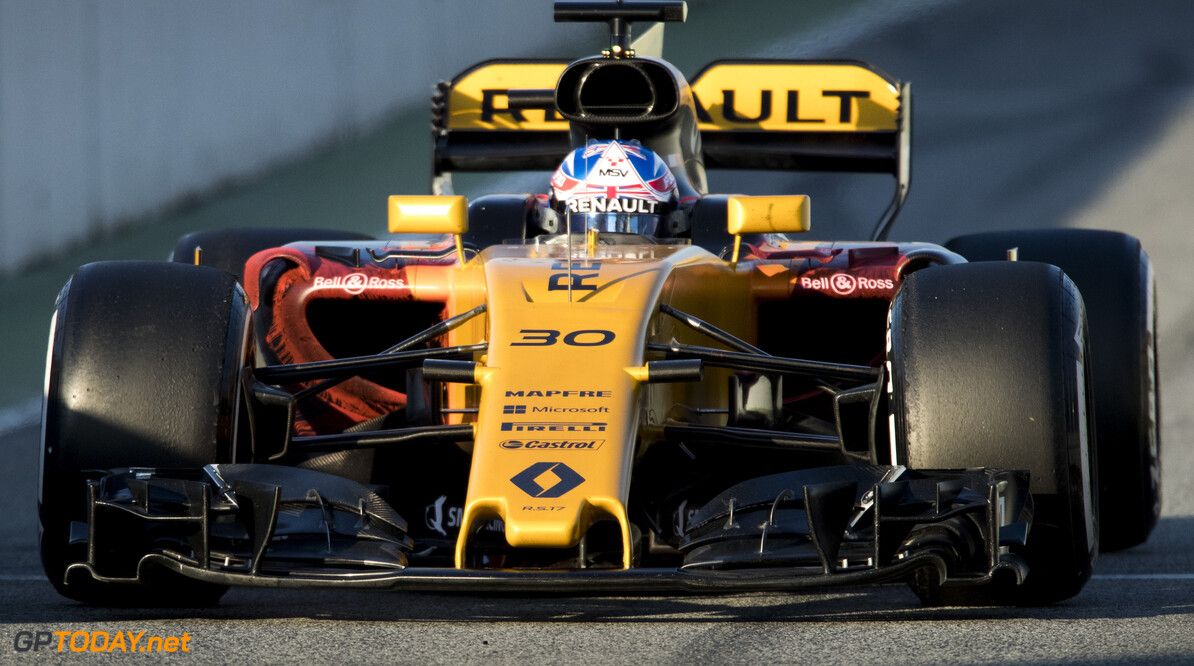 Jolyon Palmer has said that he is pleasantly surprised after the first pre-season test, finishing the week with both drivers inside the top 10. Renault will be competing in their second year after returning to the grid after buying back the Lotus team, who were on the verge of bankruptcy at the end of 2015.

2016 was a poor year for the French squad, as they only managed to salvage eight points. After setting its sights on fifth for this year, Palmer is happy after a "strong week".

"It's a pleasant surprise at the moment," he said. "We still don't really know [the true order], obviously we've got a lot to come next week, but I'm sure everyone's got a lot.

"I think we've had quite a strong week, performance-wise, but we don't really know what everyone else is doing yet and we don't know what everyone's going to bring, updates next week and in Melbourne as well. We'll have to wait and see."

Renault's running was hampered on the first couple of days due to a Palmer spin, but got some good data information over the next few. The Briton states that he feels like he has a pacey car underneath him.

"We didn't really get any really clean runs in the first couple of days, it was not a lot of performance running, just trying to build some miles on it," he said.

"I get the feeling that the car feels good, we've made a lot of gains pace-wise, on the timing sheets we look alright. We've got a lot more to come. I feel like we're in a good position."