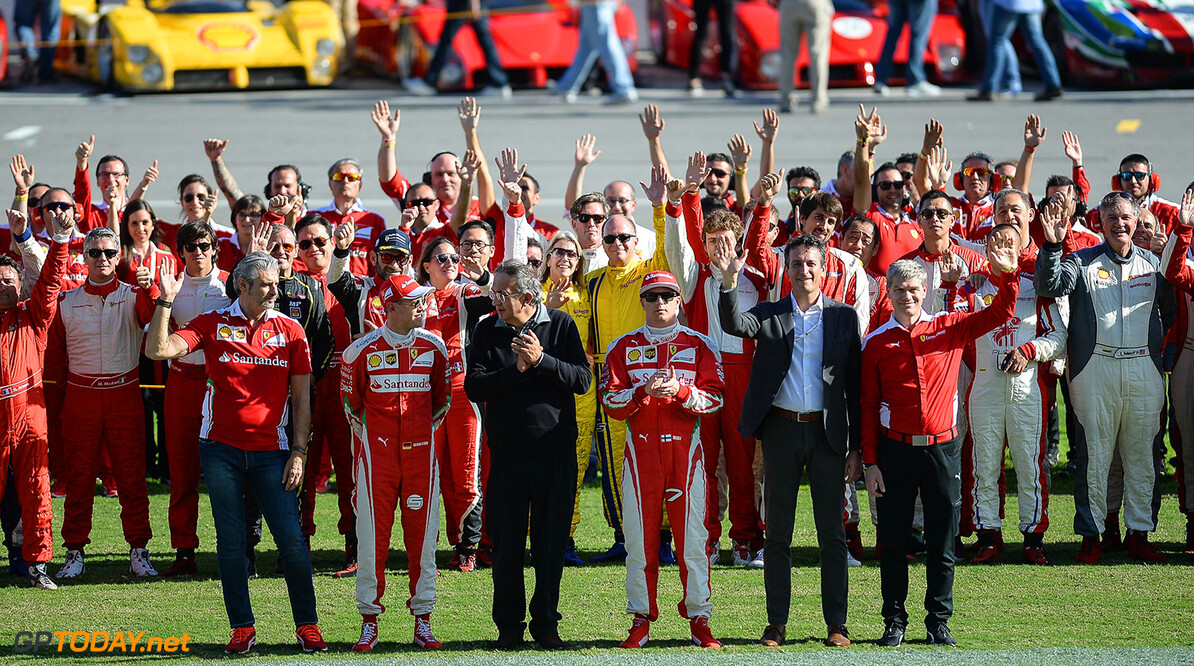 Maurizio Arrivabene: "We have two drivers, they are under contract for next year"

Ferrari boss Maurizio Arrivabene has said he would not like to be dealing with the problem faced by Mercedes in the wake of Nico Rosberg's shock retirement.

The German marque needs to find a replacement for the newly crowned world champion, with more than half the grid reportedly signalling their interest.

But Arrivabene insists both Sebastian Vettel and Kimi Raikkonen will be going nowhere.

"I would like to be in the position of Toto Wolff," he said, "in the sense that he has won the world championship.

"But with this let's call it 'Nico problem', I leave it completely to him. We have two drivers, they are under contract for next year so it's not my problem. Toto will find a solution," Arrivabene added.

Ferrari endured a frustrating 2016 season, but Arrivabene insists they made important steps forward as the season closed.

"It's useless to hide," said the Italian. "The season was disappointing for us.

"But from Japan there were encouraging signals for next year," Arrivabene added.

"The beginning of the season had all the perfect hopes but during the year we noticed certain processes were not working, above all regarding the aerodynamics," he is quoted by the Italian broadcaster Sky.

"A correction was made but unfortunately too late. But in Japan we started to get a glimpse of the work of the new group, and it was a very important signal."