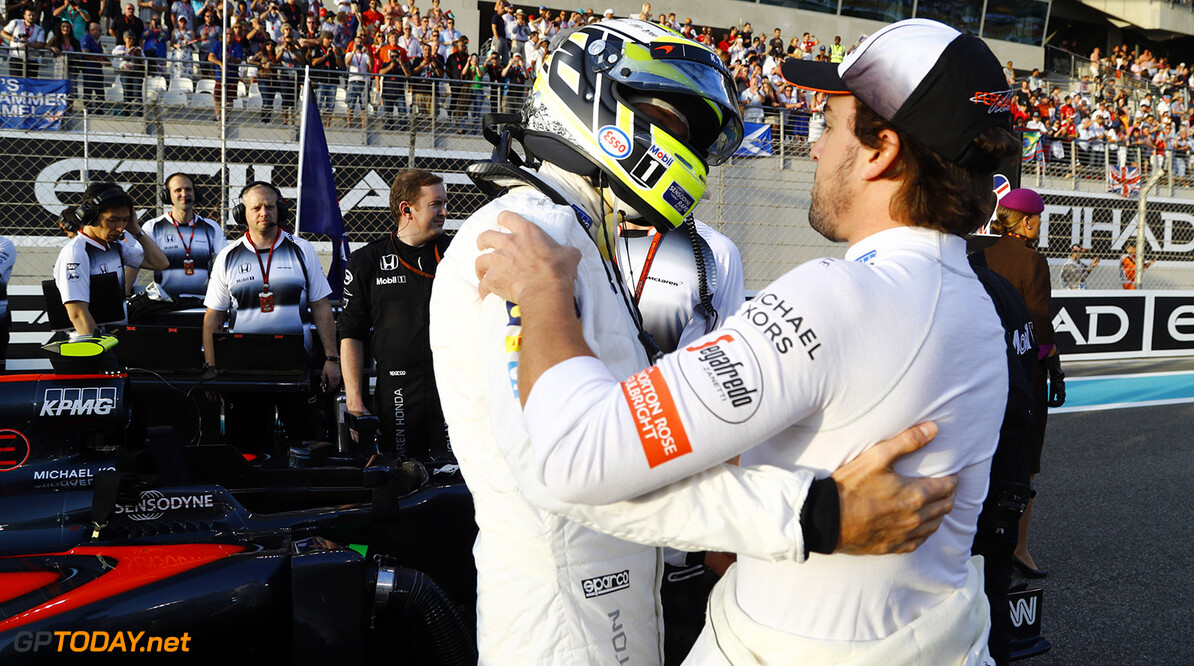 Jenson Button has stated that his two toughest team-mates in F1 were Lewis Hamilton and Fernando Alonso.

The Briton is leaving the grid after 17 years competing on it, and was asked by former team owner Eddie Jordan who his toughest opponent was.

“You always look at your team-mate,” he said. “In qualifying, it’s probably Lewis.

“In a race situation, Fernando is the most difficult to beat… if you have a great race, Fernando is right on your ass, and you don’t know how he’s still there.

Button was also asked who he tips for future success in F1.

“Ricky Bobby - Daniel Ricciardo. Max [Verstappen] is an amazing talent, and he will, I’m sure, be fighting for the World Championship one day, but I love the way that Daniel Ricciardo has upped his game this year.

“He’s the older driver, more experienced driver, but he hasn’t cracked under pressure, and I really like that about him. And he’s a good guy as well.”