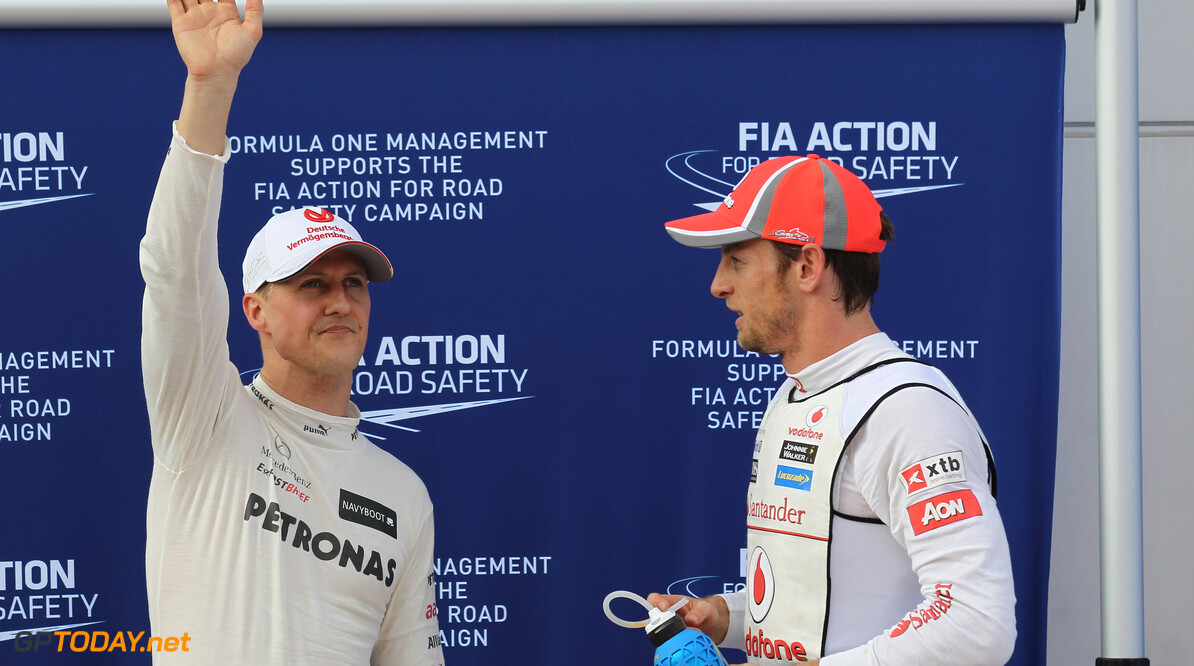 Button lists the six best drivers he has raced against

Jenson Button has listed the six best drivers he competed against during his 17-year stint in Formula 1.

The Briton made his debut in 2000 and walked away from a full-time seat in 2016 after spending a handful of years at McLaren.

Button returned to the seat of the F1 cockpit when he stood in for Fernando Alonso at the 2017 Monaco Grand Prix, when the latter travelled to the US to compete in the Indianapolis 500.

With 15 race wins and one world championship under his belt, Button compiled a list of drivers that he rates that as the best he's competed against.

"I've struggled to get less than six [of the greatest F1 drivers] and it's going to be the six while I've been racing because it's the only way I can really judge them because I've been on the track with them," Button told Sky F1.

"I always find it difficult comparing someone like Juan Manuel Fangio to someone like Lewis Hamilton. They're decades apart, and it's a completely different sport.”

Button started his list off with two of his former teammates, Hamilton and Fernando Alonso.

"I'd stick Lewis in there, and Fernando Alonso. I've been team-mates with both of them and they have immense talent, in very different ways."

He also includes Sebastian Vettel and Max Verstappen within the top six, with the latter being the only non-world champion to be featured.

“[Then] Sebastian Vettel, because doing four on the bounce was a big deal. He's struggling a bit now, and has made silly mistakes, against a very competitive teammate, but I think it's going to make him a better driver in the future.

"Then I have to say Max Verstappen. I didn't race with him for many years but seeing his performances in tricky conditions like in Brazil 2016, that is just out of this world, [it's] staggering what he can do with a car.

"The other two are from my early days in F1 - which would be Mika Hakkinen, and obviously the great Michael Schumacher."