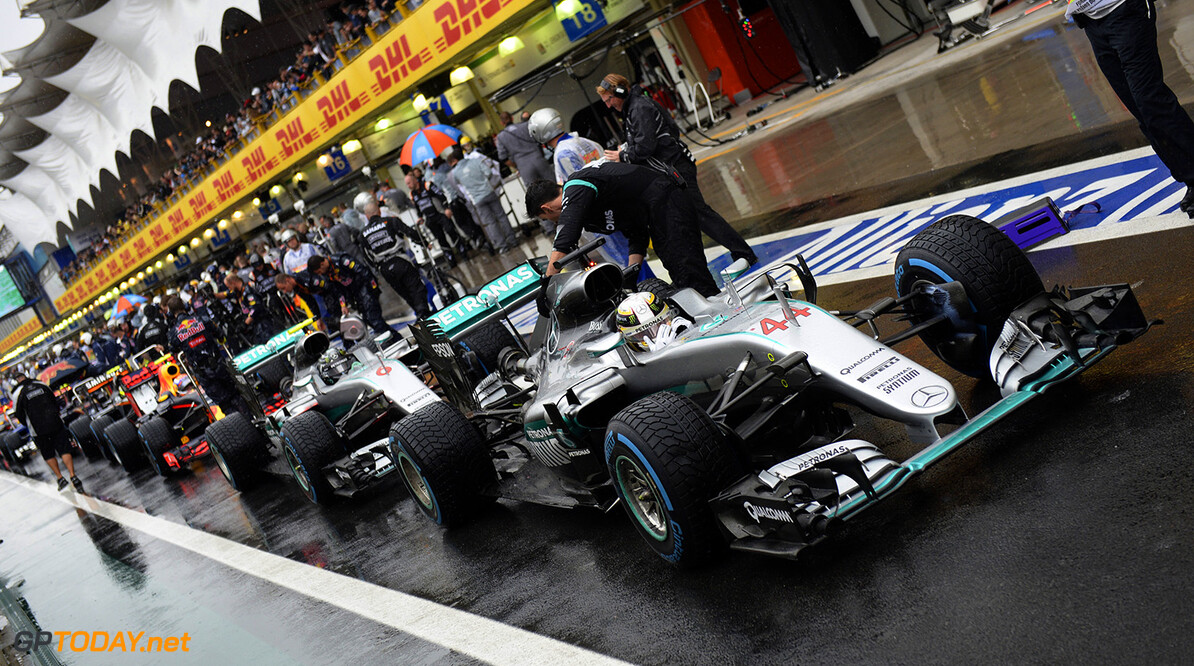 Niki Lauda has blasted the decisions to delay and halt the Brazilian Grand Prix, calling the moves"not worthy of Formula One".

Speaking to Bild, the Mercedes chairman hit out after the start of the race was delayed by 10 minutes, and then stopped twice after crashes for Marcus Ericsson and Kimi Raikkonen.

But Lauda, who famously retired from the 1976 Japanese Grand Prix because the wet conditions on that day were too dangerous, felt that there was no need to stop the race.

"These were perfect conditions for a rain race," he insisted. "This is an example that everything is over-regulated."

"Okay, all the top drivers had their moments, perhaps with the exception of Hamilton. But this is normal in a rain race," he added. "I think mistakes were made today so we need to get together with Charlie Whiting to do better in the future. Race drivers have to race, even in the most difficult conditions."

"Some drivers should look carefully at Max and what lines this boy drives," he said of Max Verstappen, who earned the Driver of the Day award after finishing second.

"These tyres tend to aquaplane even if it's not raining hard," he said. "Ten years ago, these conditions would have not been a problem for the tyres."