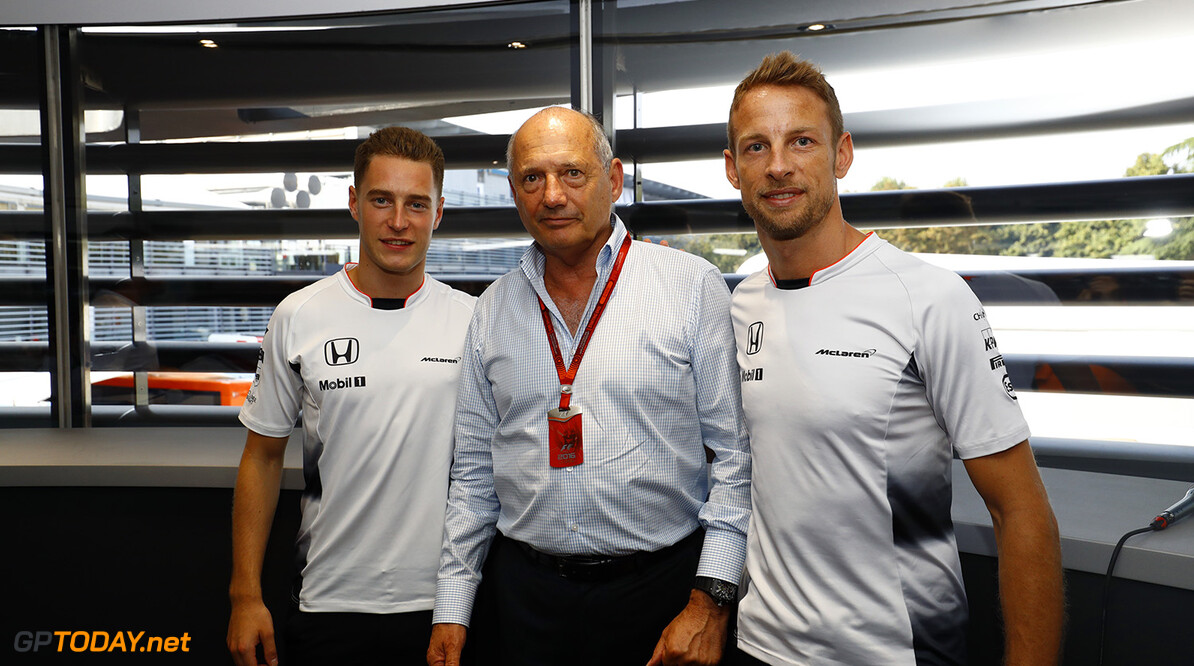 Stoffel Vandoorne not feeling any pressure

Stoffel Vandoorne says he doesn't feel any pressure over next year despite McLaren having three contracted drivers for the season.

2015 GP2 champion Vandoorne is stepping up to F1 with the British team in 2017, but veteran Jenson Button has been kept under contract by McLaren not only for next year but also 2018.

Asked if he feels the pressure of that, or if he has been given specific targets to has to hit in 2017, Vandoorne insisted: "No.

"I'm just getting ready for my debut season in F1 and to give everything I can for that," the Belgian said.

"I will do the same as I did in any other championship I've been in."

"The priority is just to do as much work as we can together so that McLaren is winning again," Vandoorne added.

Vandoorne, 24, spent this year in the Japanese open wheeler series Super Formula, where he rounded out the season recently with a win.

"In terms of results, it probably wasn't the best year for me but there were several highlights," he said.

"But I think everything is ok because I have been preparing for 2017 at the same time. I mainly focused on formula one and worked very hard in the simulator."

But he says that since he was officially confirmed as Fernando Alonso's teammate for next year, his involvement with the engineers has ramped up.

"I can see that work on the car for next season is progressing and I'm spending more time in the simulator," said Vandoorne.

"I think we need to wait until the first test to see which team has done the best job, but the new regulations should give us a good chance to reduce the gap," he added.