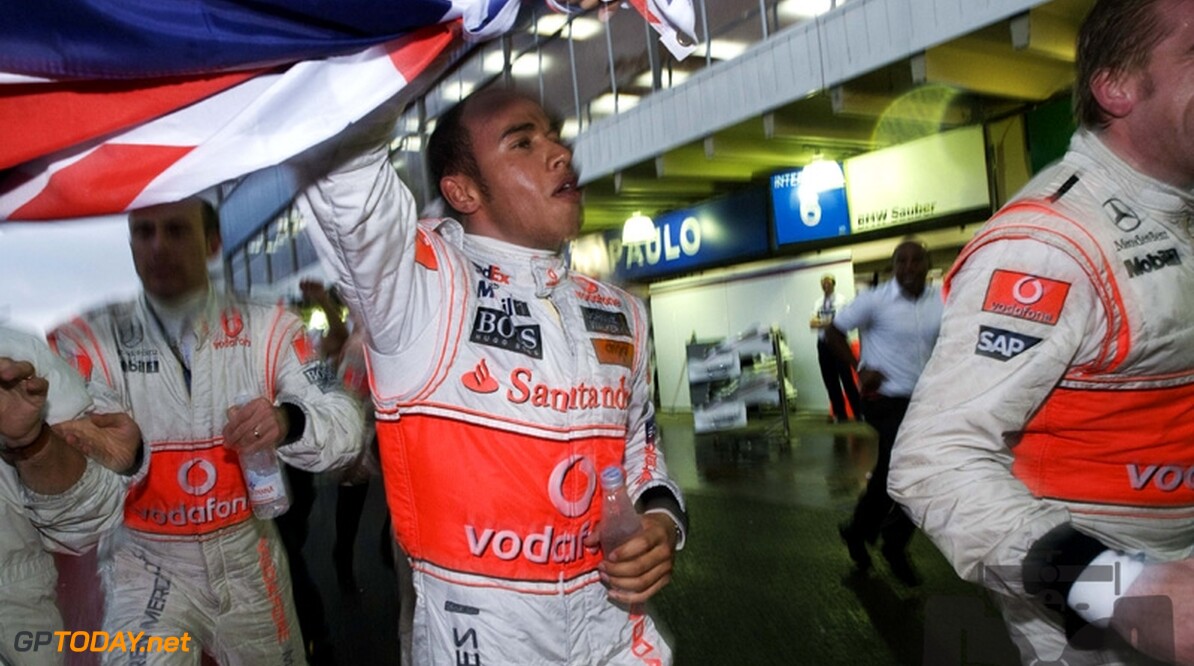 After missing out on an unprecedented rookie title during his maiden campaign in 2007, Hamilton went into the 2008 Brazilian Grand Prix fighting with Felipe Massa for that year's honours.

The Brit had a seven point advantage over Massa going into the latter's home race. Massa had to win the race with Hamilton finishing lower than fifth to secure the title

Massa began the race on pole, giving him the best possible chance at claiming his first championship.

The start of the race was delayed as rain fell on the Interlagos circuit, but when it got under way, Massa led with Hamilton in a championship-winning fourth place.

The race would dry only for rain to return in the closing stages of the race. Massa still led after pitting for intermediate tyres - one lap after Hamilton made the s

On the final lap, Massa looked set to win the race and the championship, with Hamilton stuck in sixth behind Timo Glock and Sebastian Vettel.

However, Glock was still on dry tyres in the tricky conditions. Vettel easily found his way past his fellow German, but Hamilton was still stuck behind the Toyota driver...until the final corner.

With Glock struggling to stay on the track, Hamilton gained the all-important fifth place on the final turn of the final lap, doing enough to claim his first of what would become three championship titles.

Ferrari's dramatic celebrations were cut short as McLaren began to revel in their first championship triumph in a decade. There was one saving grace for Ferrari, however, as they went on to secure their second straight constructors' crown, and their seventh in ten seasons.

2 November 2008 ?? "Is that Glock?"@LewisHamilton wins his first #F1 title after a dramatic final lap in Brazilhttps://t.co/2mYqM0cMNN