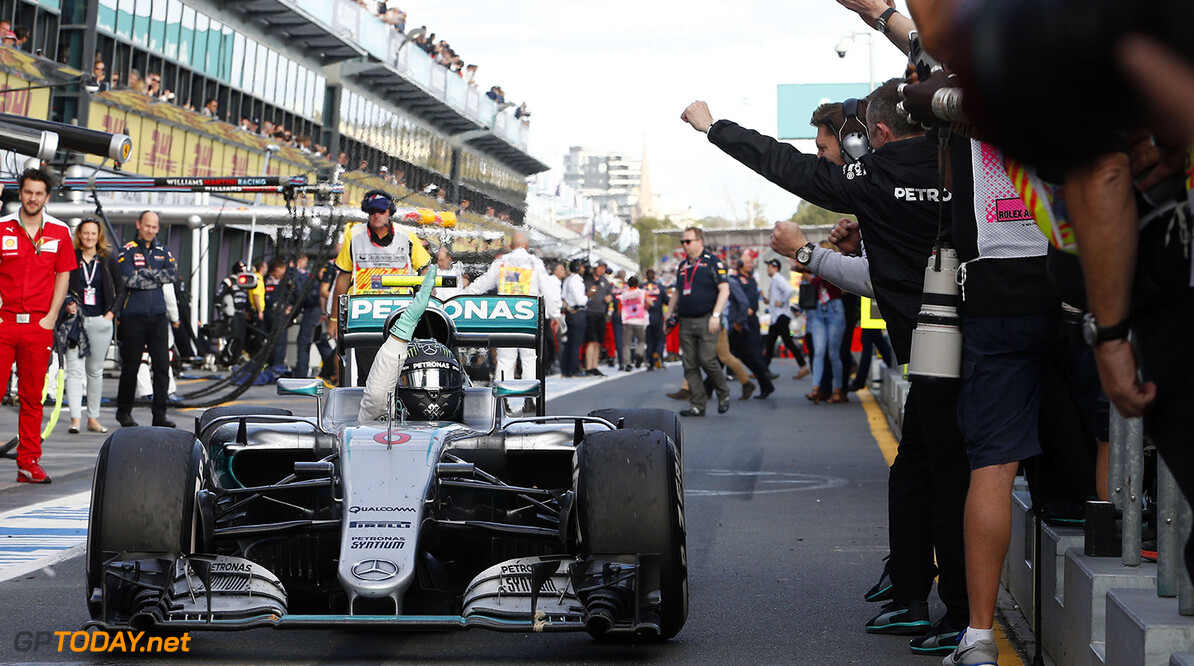 Championship leader Nico Rosberg has hit back at Bernie Ecclestone's claim that current F1 drivers are "windbags". F1 supremo Ecclestone's jibe followed the controversial release of a Grand Prix Drivers' Association letter, in which the body was critical of F1's management.

"RacingUnited," Mercedes driver Rosberg said in a 'hashtag' accompanying a mass 'selfie' photo of him with fellow F1 drivers over dinner in Shanghai. "Or in Bernie's words, 'WindbagsUnited'," the German added.

It was said the GPDA letter was backed by the entire grid of drivers, but racers including Kimi Raikkonen, Kevin Magnussen, Rio Haryanto, Jolyon Palmer and Romain Grosjean were missing from the dinner in China.

Ecclestone said recently: "What sort of interest do they have, the drivers, other than taking money out of the sport? I've never seen one of them put one dollar in. You go to dinner with them and they don't even pay the bill. They shouldn't even be allowed to talk. They should get in the car and drive it." (GMM)