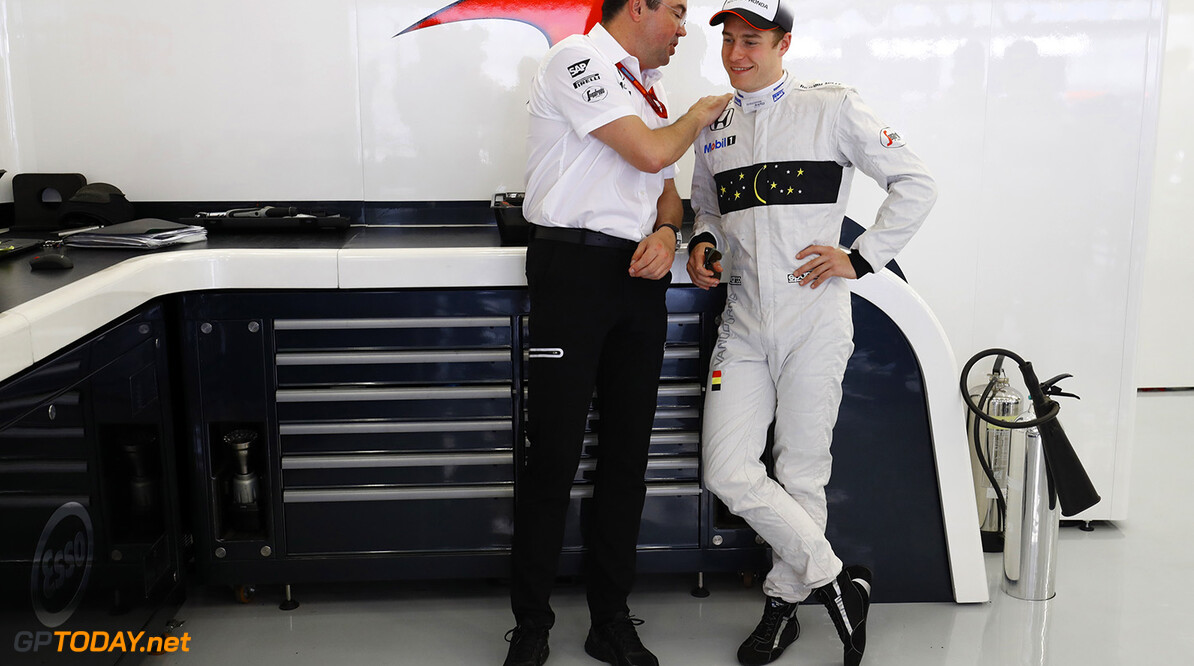 Vandoorne 'the next Alonso, next Button' - Boullier

Stoffel Vandoorne appears to have put his F1 career on the fast track after making an impressive race debut in Bahrain. Although Fernando Alonso says he is "99 per cent" sure his chest injuries will be in the past by China in ten days, McLaren now sounds more convinced than ever that it has one of F1's very best new talents in its hands.

"He had a spectacular weekend," team boss Eric Boullier is quoted by Spain's El Mundo Deportivo. "I was surprised that he made not the slightest mistake, he was always very calm and had no problems with the setup. There is this new generation of drivers with a lot of strength that will be relieving many current drivers, and we want Stoffel to be one of them. He will surely be the next Alonso, the next Button," said Boullier.

The newspaper said Boullier would not comment on whether Vandoorne, 24, will make his full-time debut for McLaren in 2017. But Button is out of contract at the end of the season, while Spaniard Alonso in Bahrain angrily rejected claims he should retire due to fading motivation. (GMM)