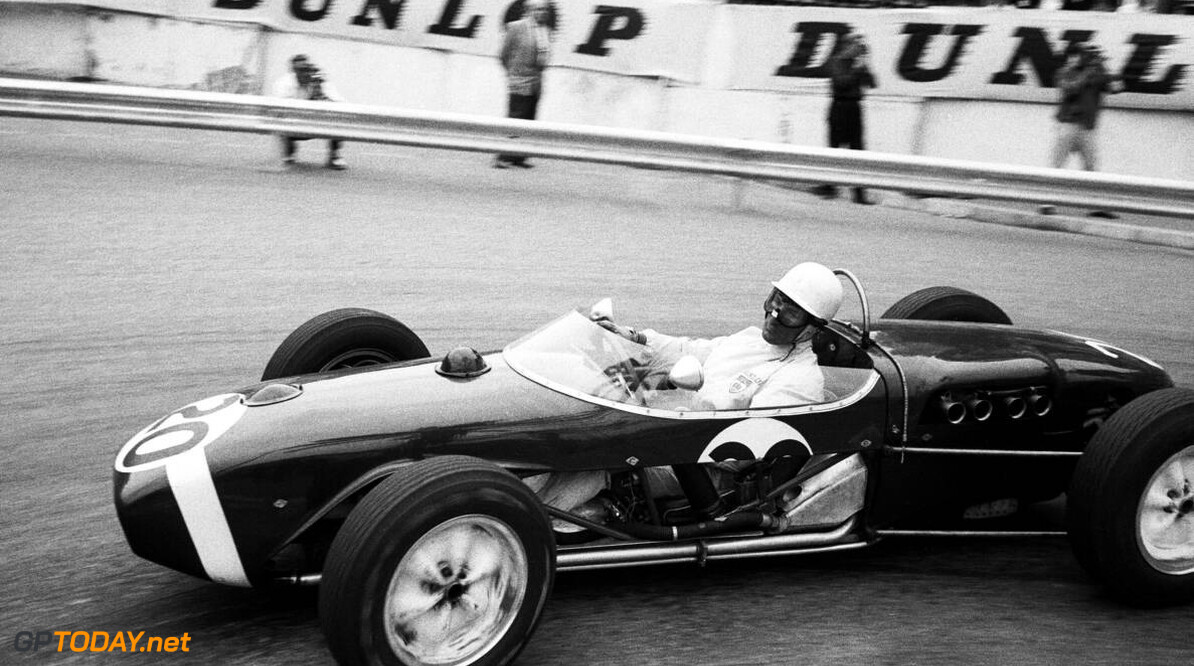 Formula One and Hollywood: the two are practically unseparated. The Formula One circus is regarded as one of the most watched sports in the world and provides a more than interesting place for you to hang your billboards. Advertisement for movies by using the biggest Formula One events is always the way to go: Lotus with Mad Max: Fury Road (2015), Red Bull with Star Wars episode III (2005) and it was Jaguar Racing Team who decided that the promotors of Ocean’s Twelve could have their way with their cars during the 2004 Monaco Grand Prix. That went worse than expected. The Israeli jeweller Steinmetz loaned the promotors two diamonds (which had nothing to do with the movie plot) for them to use in their promotion, each worth a whopping $300.00. Jaguar and the promoters decided that the best and most prominent place for them to place the diamonds was on the nose of both Jaguar racing cars, which were to be driven that weekend by Mark Webber and Christian Klien. Yes, indeed. Naturally, the diamonds were not insured because no one was stupid enough to secure over half a million dollars’ worth of diamonds that were being put on the nose of an actual Formula One car. Which obviously was the right way to think about this. During the very first lap of the Grand Prix, Christian Klien lost the nose of his Jaguar and steered his car in the wall at the hairpin. The Jaguar team had to wait until the end of the race before they were able to reach the car, and by then the diamond was gone. Up until today, the diamond is still without a trace. But if you see a track marshal enjoying a manhattan on the terrace of the casino hotel, do give him the thumbs up.

Articles regarding the history of Team Lotus have shown how Chapman’s innovations took the sport by storm. But not his safety measures. Lotus cars were renowned for their fragile build and poor safety. Roll-bars made from chrome u-shapes, fuel tanks as crumple zones and parker screws for keeping together the rear wings. However brilliant Chapman was, Jochen Rindt refused to step in his cars before it could drive half a mile without steering into a wall on its own. British driver Stirling Moss however, was a man from simpler times. He was active in a time when death was in the hands of the driver himself. Want to go fast? Sure, go ahead, you can. But you’ll get killed quicker. Therefore, Moss was better able to cope with Chapmans lack of safety precautions. One of which, or the lack of it, was during the 1961 Monaco Grand Prix, where Chapman decided to cut out the side panels of the Lotus 18. The 18 was notorious for its lack of heat extraction and the low speeds of the Monaco track only made this worse. Therefore, Chapman cut out the sides of the car and sent Moss out on track with half of the bodywork gone. Spectators were able to enjoy the sight of Moss laying in his car, working the pedals and driving through the gears. Moss won the race, just ahead of the Ferrari ‘sharknose’.

Jacky Ickx is not a fan of boycotts

Jacky and Jackie. The two never really liked each other. At least, not as colleagues. Jacky Ickx, as a driver, was not so much impressed with the low standards in Formula One safety. Not so much that the other drivers, such as Niki Lauda, Jackie Stewart and Emerson Fittipaldi were scared of driving in the 70’s, but they were very active in improving safety regulations. Ickx wasn’t. If winning races meant that a few lives could be lost along the way, well, than that’s what it takes. Looking at the polarisation of the debate about cockpit canopies, you can’t really blame Ickx for having a different opinion. At the 1975 Spanish Grand Prix at the Montjuic circuit, Ickx had enough of Fittipaldi’s and Lauda’s lobbying for better safety. The GPDA was on strike after they discovered that the guardrails encircling the tracks were ill-prepared and falling off after Fittipaldi gave them a kick. The drivers refused to enter their cars. Not a single engine sounded on Friday afternoon. Instead, team mechanics were walking across the track to fix the guardrails. After a while though, the sound of a single Cosworth V8 could be heard around the Barcelona hills. It was Ickx. He wanted to drive his laps, setting up the car for qualification. He refused to strike because he simply wanted to race. The sound of Ickx going about his business worked as some sort of a Pavlov-effect, and everyone else also strapped themselves in their car and started their practice runs. They had to answer to the threat of the Spanish police confiscating their cars and taking on legal actions against the organisation, so they had to drive. Fittipaldi qualified last, and didn’t enter the Grand Prix. Jochen Mass won the Grand Prix, Ickx finished second.

We all know James Hunt best as one of the quickest driver of his time, showing potential while driving for team Hesketh and winning the 1976 title with McLaren, memorised by so many people, part of Formula One popular culture. However, Hunt was involved in more than just Formula One. In 1973 and 1974 Hunt made a few trips to the United States to drive the Can-Am series. Hunt, by the time struggling in Formula Three, saw this as an opportunity to get some more match practice before entering Formula One. In the Can-Am series Hunt was given a Shadow DN2 twin-turbo V8 to his disposal. It wasn’t competitive. Shadow was good enough a constructor to bring race winning cars to the track, but Mark Donohue and his Porsche 917 were dominating the entire first half of the Seventies. The 1000+ hp 917 was absolutely savage, and the Shadows didn’t stand a chance. Hunt wasn’t able to get Shadow boss Don Nichols any results. Even though Hunt saw the whole deal as a bit of fun, he was indeed a bit disappointed. To be able to compete at the front, the Shadow was fitted with a monster engine, but the chassis wasn’t able to bring the power down to the tarmac. The turbo lagged enormously and when it finally revved up, the wheels weren’t able to cope with it. After the Saturday sprint race, Hunt decided to withdraw from the Sunday distance race. The next year, with the 917 not competing, Shadow was finally able to go for victories in their new DN4. Too late for Hunt, he was already driving the Eagle F5000 in the series bearing the same name. He was invited by former F1-driver Dan Gurney. He did better, scoring a second place at Laguna Seca. The adventures stopped in 1975 when he entered Formula One.