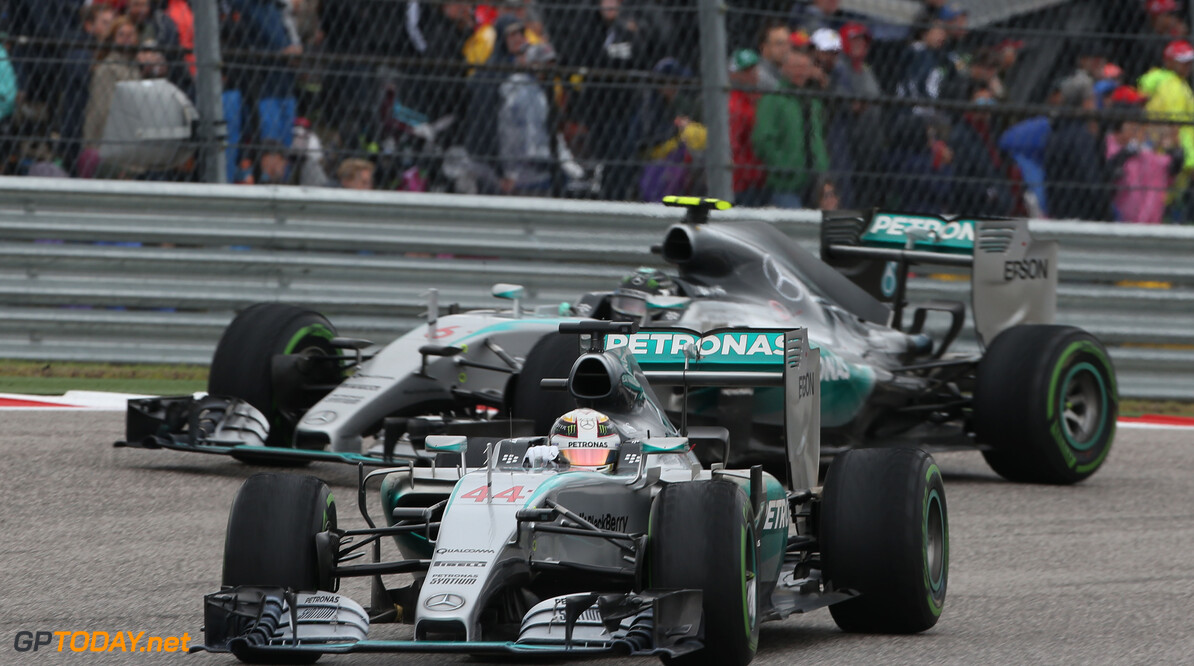 Lewis Hamilton and Nico Rosberg are not the only drivers who could win at the wheel of their Mercedes. That is the claim of former double world champion Mika Hakkinen, as Mercedes chief Toto Wolff issued an alarming warning that the dominant German camp might have to re-think the current shape of its driver lineup.

Between them, back-to-back champion Hamilton and his German teammate Rosberg utterly dominated in 2015, winning a record-equalling 16 of the 19 grands prix. But, as in 2014, their battle has ended in personal acrimony, with the pair exchanging barbs at the season-ending Abu Dhabi grand prix last weekend. "Let's skip that part," Rosberg said when asked if he might celebrate Mercedes' season over dinner with Hamilton.

As for whether Christmas cards or presents might be exchanged, Hamilton added: "I don't think we've ever done either so there's no reason to change." But Wolff has told a website this week that the ill-feeling is not only taking place publicly, but also behind the scenes at Mercedes.

So as for whether Mercedes could continue to thrive without Hamilton or Rosberg at the wheel, retired F1 veteran Hakkinen answered: "Good question. Mercedes has a dominant car, so there are certainly a number of other drivers who could win the championship with it," he told his sponsor Hermes in an interview. "But the list is not very long because the team also needs the skills of the driver to develop the car. And experience also plays a significant role," the Finn added.

But Hamilton is quoted by the British newspaper The Sun as saying "fierce competition" between himself and teammate Rosberg is normal. "Look at Serena Williams," he said. "When she is fighting for titles, I'm sure whoever she is competing against is not her best friend. But in F1 you are teammates, with the priority to win the constructors' championship, and we work collectively. When Nico wins a race I need to back him up, and vice versa, and what we do together - in terms of pushing the car and team forward - is hopefully inspiring them, motivating the guys. That's our goal," added Hamilton. (GMM)