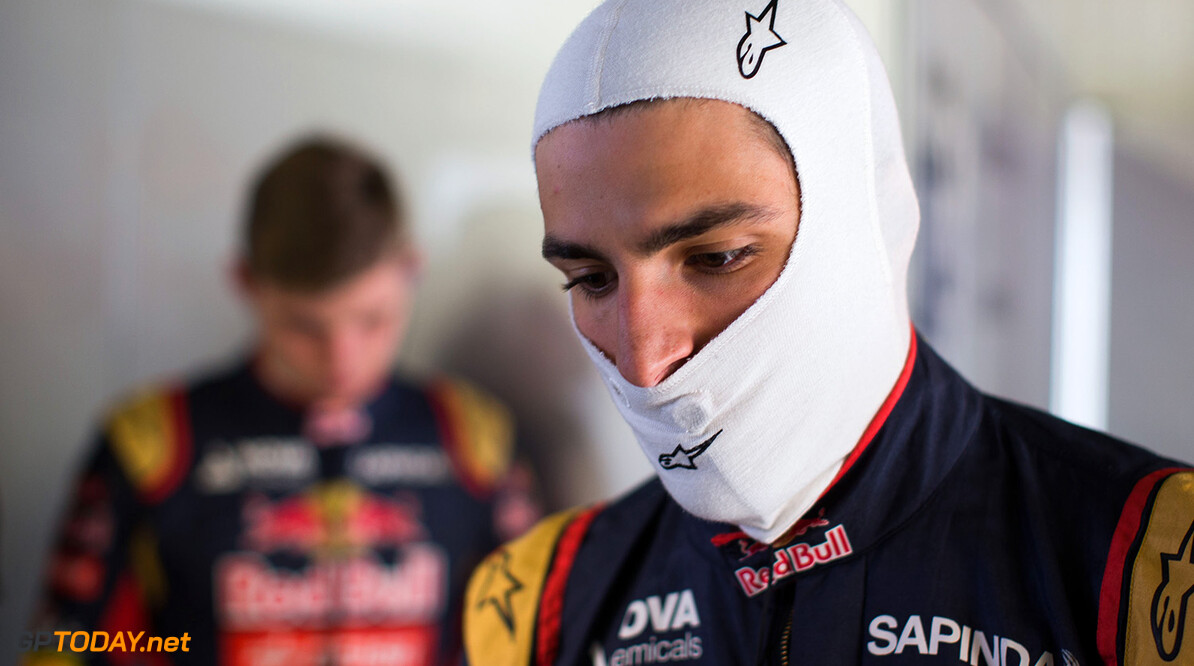 Max Verstappen is good, I can't deny it - Sainz

Max Verstappen is another F1 driver who is no fan of the new 'grid boy' concept. In Brazil, Sebastian Vettel jokingly warned he would "strike" if assigned a grid boy, as Interlagos introduced the new idea of mixing male with female 'grid girls'. Vettel was duly assigned a 'grid boy'.

18-year-old rookie sensation Verstappen, however, was luckier. "I think they should keep it as it was, with fun, happy girls," the young Dutchman told De Telegraaf newspaper. "Fortunately for my car I had a nice grid girl. I was pretty happy about that. I think they should have a grid boy only if there is a woman in the car," Verstappen added.

It is believed the mixed 'grid boy and girl' concept for Brazil was dreamed up by F1 supremo Ecclestone's wife, Brazilian Fabiana Ecclestone. She is the owner of Celebrity Coffee, a brand that was written across the chests of the grid boys and girls on Sunday.

Verstappen's teammate Carlos Sainz, meanwhile, has more on his mind than the gender of his grid girl. The Spaniard, while impressive on debut in 2015, has been totally overshadowed by the meteoric success of Verstappen.

"Yes he is good, everybody knows that and I can't deny it," Sainz told AS newspaper. "But I think next year we will have a good opportunity to be compared more equally. This year I have had so many reliability problems, so I think it's not fair if you compare our points." (GMM)