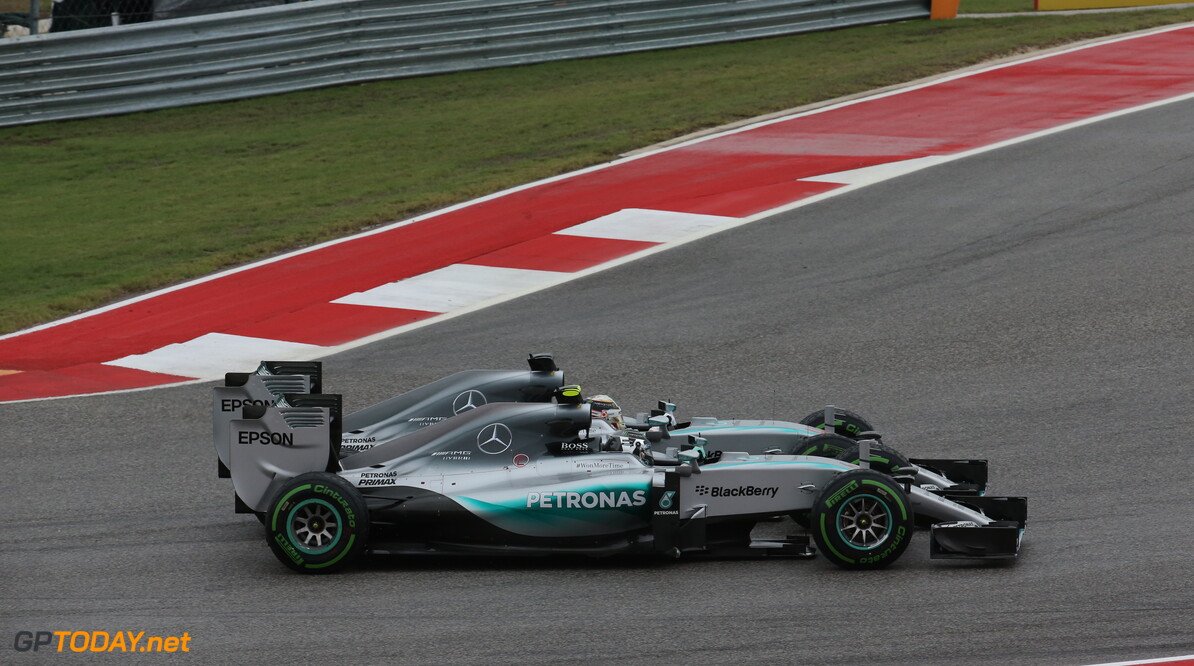 In the days after Lewis Hamilton and Nico Rosberg's first-corner clash in Austin, Mercedes team management are now playing down the incident. Immediately after the chequered flag, and just as the Briton was beginning to celebrate his third drivers' title, bosses Toto Wolff and Niki Lauda sided strongly with Rosberg, insisting Hamilton had played too hard.

But in a team preview ahead of the resumption of hostilities in Mexico this weekend, Wolff now says most of what was said in the aftermath about the cap-hurling fracas was "hot air". "Like always, we will do the analysis of what happened on track as a team -- but we will do it behind closed doors," he added.

Hamilton, however, has said there is "no need" for any sort of discussions, and F1 legend and team chairman Lauda now appears to agree. Speaking to Bild newspaper, he said: "The thing with Lewis will not be discussed any more. It is all done and over. The race management (stewards) did not investigate the incident and neither will we," Lauda insisted.

Rosberg, however, has firmly alleged that while he always adheres to Mercedes' strict 'rules of engagement', Hamilton routinely does not. After the duo's Spa clash last year, Mercedes made a huge issue of the matter and it is believed Rosberg was even internally reprimanded.

Asked if the team is now applying a double standard, former F1 driver Marc Surer said: "It is difficult to tell a world champion what to do as long as he is winning. I would imagine there were internal talks, I just don't think they want to be talking about it in public."

Former double world champion Mika Hakkinen has also taken Hamilton's side, even though he thinks the Briton came "close" to being penalised by the stewards. "When I think about how I would have behaved as a two-time champion in the hunt for a third, I would also have gone to the limit," the Finn said in his latest interview with sponsor Hermes. (GMM)