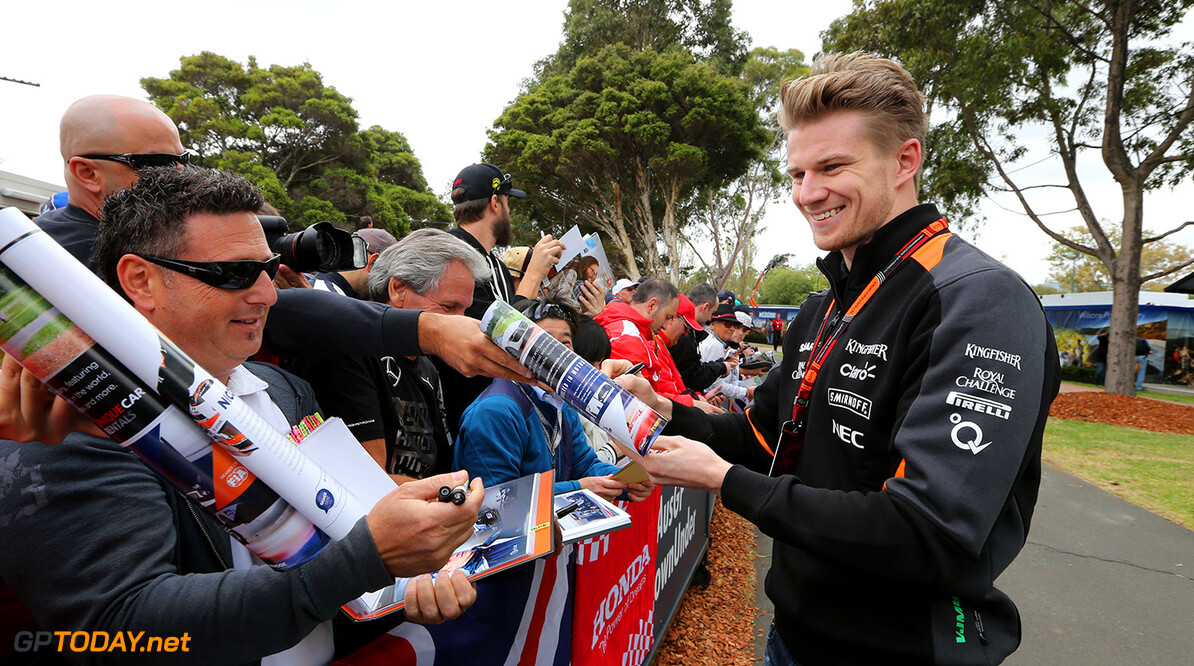 Hulkenberg admits he lost some weight

Nico Hulkenberg has admitted he has slimmed down during the course of the 2015 season. Although highly rated and the reigning Le Mans champion, German Hulkenberg has struggled at times at Force India this year, where his teammate is Sergio Perez. Mexican Perez is just 5 foot 6, while Hulkenberg is - on F1 standards - a tall 6 feet.

In weight, it reportedly equates to about a 10 kilogram difference between the pair, giving Perez a potential advantage in terms of the positioning of ballast. So Hulkenberg admitted to German television Sky on Friday that he has lost some weight, although he would not say how much.

"I have lost something," he smiled, revealing that it was enough to mean an adjustment to his seatbelt measurements in Sochi two weeks ago.