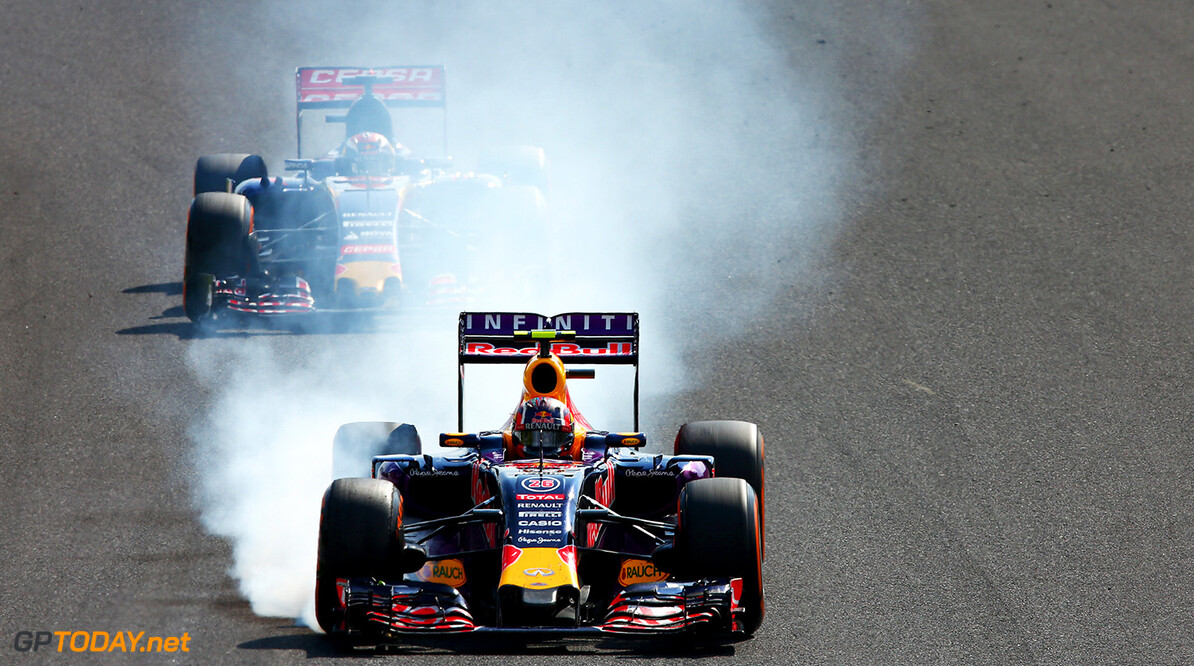 Dr Helmut Marko is hoping a solution to Red Bull's engine crisis is just around the corner.

The energy drink company is splitting with its current partner Renault, but it has hit brick walls in attempting to secure an alternative engine supply from Mercedes or Ferrari for 2016.

"At the moment nothing has been decided," Marko, a leading Red Bull official, told Germany's Auto Bild Motorsport.

"But I hope that by the race in Austin, we know where we are going," he added.

Notwithstanding the stalemate, rumours continue to run.

One is that the decision to scrap the newly-confirmed 2016 regulation requiring manufacturers to supply current-year engines to customers was made in order to keep the 2015-spec Ferrari power unit option on the table for Red Bull.

Another is that while Red Bull's rumoured idea to resurrect a normally-aspirated V8 option for 2016, the energy drink marque could be setting its F1 sights a little further down the road.

Ralf Bach, a German correspondent with his own blog at f1-insider.com, reports that for 2018, an engine formula to run parallel to the current 'power units' could arrive, having secured FIA president Jean Todt's approval.

It will centre around a bi-turbo V6 producing some 1000 horse power.

However, he admitted that Audi always keeps an eye on developments in F1, including the current engine crisis that is threatening Red Bull's future.

"We must analyse facts, clear facts, and then we would perhaps take a look if it (F1) has become more interesting for us than it has until now.

"But right now I do not see anything that goes in the direction of us being there," Ullrich added.