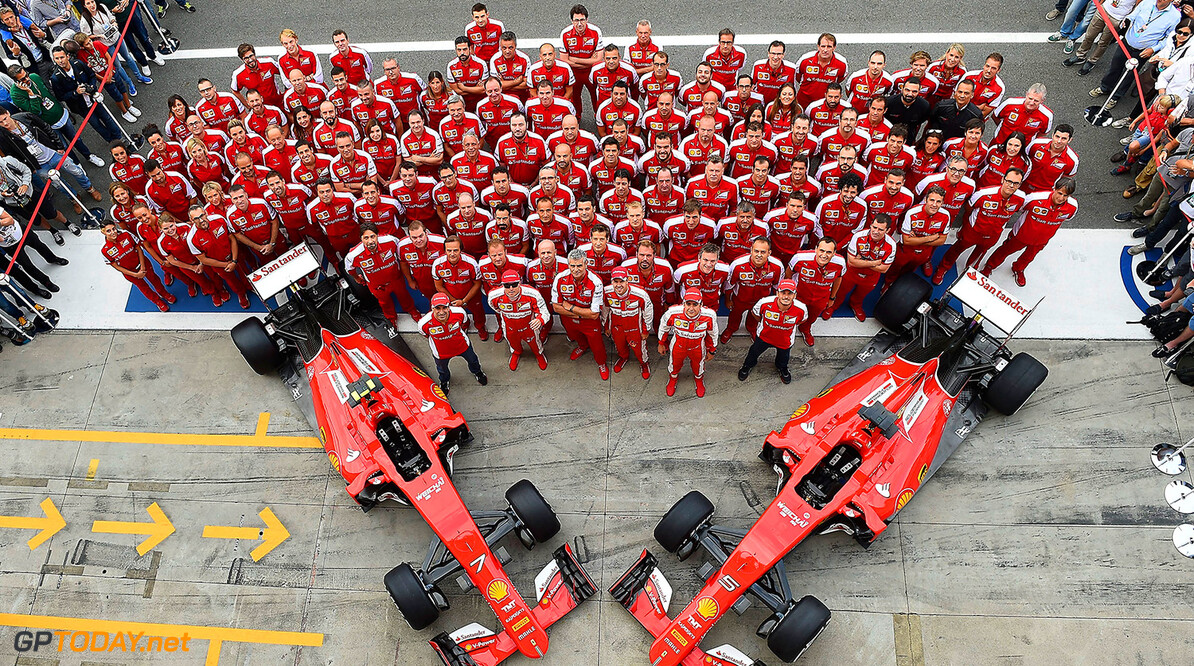 Sebastian Vettel is still in the hunt, but Ferrari's realistic hopes are now firmly set on a proper title challenge for 2016.

Indeed, while Vettel actually overtook Nico Rosberg on Sunday to now be Lewis Hamilton's main challenger for the title with four races to go, boss Maurizio Arrivabene acknowledges that Ferrari's real sights are further up the road.


"I am grateful for this question," he said after the Russian grand prix, "because internally I am always now saying 'We do not have a Scuderia working for 2015, we have a 'Squadretta'.

"Most of the team is working on the 2016 car," Arrivabene admitted, "and yet another group on the one for 2017. So we are well positioned for the future."

Indeed, Mercedes already has the constructors' crown wrapped up, and Hamilton has a firm hand on the drivers' title -- and could even finish the job as soon as Austin.

"The maths says Vettel can still do it, but our humility says no," said Arrivabene.

So it is rumoured that Ferrari's focus is now so firmly on 2016 that, in Austin, the marque could voluntarily take grid penalties for installing fifth engines so that it can introduce a developmental 'power unit' for next year.

"I will tell you in Austin," Arrivabene smiled when asked about it.