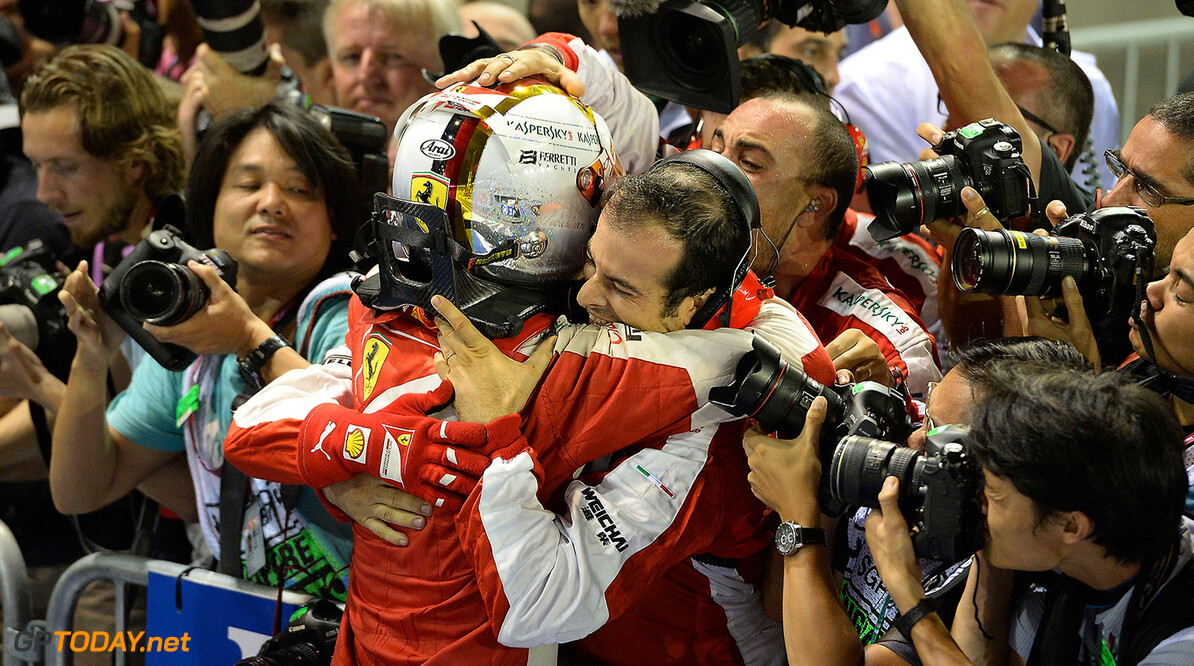 Ferrari not counting on Singapore-like showing in Sochi

Ferrari is not counting on having another Singapore-like showing this weekend at Sochi. Just over two weeks ago, Sebastian Vettel put himself back in the championship reckoning by dominating in Singapore, where Mercedes famously 'slumped'. But the silver team was back at its dominant best a week later in Japan.

Still, there are reasons for Ferrari to be happy with its progress, after ending the poor form of 2014. "We have certainly seen positive signs," said team spokesman Alberto Antonini, "but we know there is still a lot to do."

Kimi Raikkonen, Ferrari's common link in the resurgent transition from last year to 2015, has even been surprised by the progress made this year. "Before Monza we thought it would be a hard race for us, but it was actually pretty good," he is quoted by Speed Week. "Suzuka was also not bad even though it is not theoretically good for us. This shows we are moving in the right direction," added the Finn.

And so to Sochi. Team boss Maurizio Arrivabene said: "I think we will be not so strong because the grip is low, but we should be on the pace in Austin. Mexico is an unknown for everyone, because F1 has not been there for more than twenty years. Brazil I would rate as 50-50 but we should be able to exploit the qualities of the car in Abu Dhabi."

One thing going for Ferrari in Russia is that Pirelli is rolling out the softest tyres in its range, which so far in 2015 have worked out well for the Italian team. But spokesman Antonini warned: "Although at previous appearances this (tyre) choice suited us, we can expect to encounter very low levels of grip at Sochi. Even though we are approaching the end of the season, it's not yet time for us to assess what we have done, because that can wait until the championship is over." (GMM)