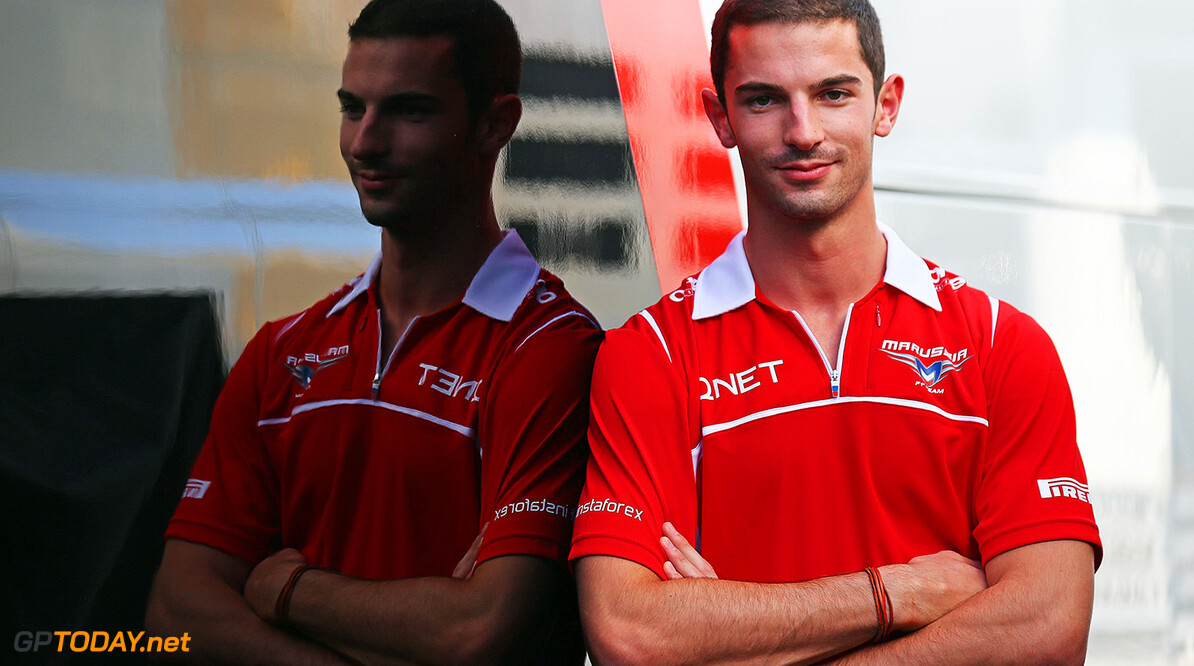 Official: Rossi to race for Manor in Singapore

The Manor Marussia F1 Team is pleased to announce that it has signed Alexander Rossi as race driver for five of the seven remaining rounds of the 2015 season, competing alongside Will Stevens. He will make his Grand Prix debut at this weekend's 2015 Formula 1 Singapore Airlines Singapore Grand Prix.

Alexander Rossi is the first American Formula 1 driver since Scott Speed competed in 2007. The 23 year old, from Nevada City in California, is currently lying in second place in the 2015 GP2 Series, with three rounds of the championship remaining. The team is happy to support him in that battle, therefore Alexander will race in Singapore, Japan, the US, Mexico and Brazil, but he will not take part in the Russian and Abu Dhabi Grands Prix. Roberto Merhi will join Fabio Leimer as an Official Reserve Driver but he will drive in Sochi and at Yas Marina.

Rossi is a familiar face for many of the Manor Marussia F1 Team, having been Reserve Driver for the latter part of the 2014 season. During that time, he took part in a Free Practice 1 session, at Spa-Francorchamps during the Belgian Grand Prix. This weekend will see him 'racing' a Formula 1 car for the first time.

John Booth, Team Principal: "We are delighted to sign Alexander as Race Driver. He is widely-regarded as a driver who is on the cusp of an exciting F1 career and his current form in the GP2 Series has done much to reinforce his clear potential. With that in mind, we are pleased to support his current GP2 commitments while he continues to battle for the championship win, therefore he will race in five of the seven remaining Grands Prix this season, with Roberto contesting Russia and Abu Dhabi for us."

"Signing Alexander is a continuation of our proud record of providing young drivers with the opportunity to showcase their talents. We believe he will do a great job and look forward to seeing him race for the first time this weekend in Singapore. It is also fantastic news for the sport that it will have an American driver again, particularly with the United States Grand Prix on our horizon and now two races in South America, in Mexico and Brazil. I know Alexander is very excited about that and we look forward to providing him with the opportunity to show the American public what he can do."

"While Roberto is obviously disappointed, he understands that this decision is in the long-term interests of the team and we thank him for his professionalism. No decision has been made regarding our 2016 driver line-up and we will continue to evaluate our options during the remainder of the season."

Alexander Rossi: "I'm very thankful to race for the Manor Marussia F1 Team and for their continued belief in me. I've been prepared for this opportunity for quite a while now. Many will know from 2014 that the team and I already have a strong relationship and there’s a bit of unfinished business for me here."

"This is a small F1 team that has been through so much. They exemplify passion and true strength of character, and their comeback this season is extraordinary. I'm honored to be part of this legacy and their continued growth and success."

"I want to thank the management at Manor Marussia F1 Team and my team in the GP2 Series, Racing Engineering, for supporting both my F1 duties and the completion of an already strong GP2 campaign. Since Monza, my return to F1 came together rather quickly and seamlessly. The collective support of both Manor and Racing Engineering was instrumental in making this opportunity possible."

"Singapore is a circuit I really enjoy and the timing of my debut could not be more perfect. There's a lot of work ahead and I’m looking forward to a busy end to the 2015 season."