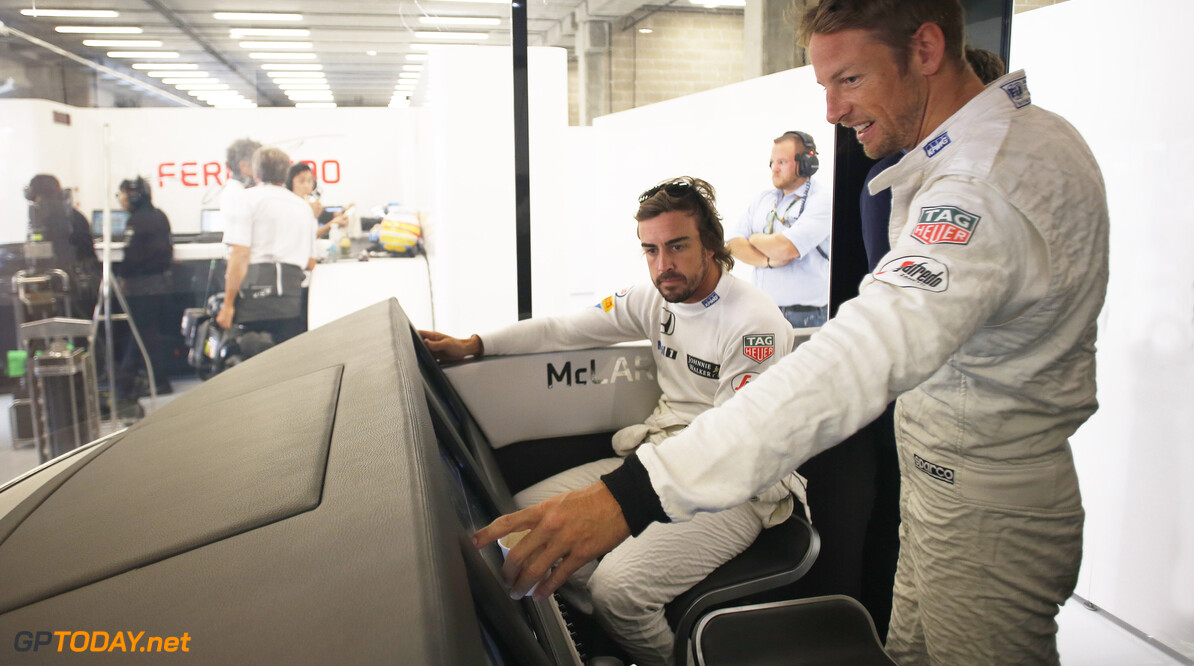 Alonso happy with big lead over Button at Spa

The Belgian grand prix was not all bad, according to Fernando Alonso. His teammate Jenson Button ended the Spa-Francorchamps race admitting it had even been "embarrassing", as he was "just driving around" with a totally uncompetitive McLaren-Honda. The Briton said the hybrid parts of his Japanese-made 'power unit' were not working, but explained: "This result shows us where we are right now. It will be the same at Monza."

Spaniard Alonso, however, was happier. First, he played down suggestions he is shaping up for a move to a potentially Mercedes-powered Red Bull for 2016. He said a photograph of him emerging from the Red Bull motor home at Spa was simply the result of a visit to his former race engineer Paul Monaghan. "We were talking about totally other things," Alonso said. "He is building a small boat and for this he needs a Honda engine!" he laughed.

Alonso was also happy with his personal performance in Belgium. "I think it was my best race at Spa," he is quoted by El Confidencial newspaper. "Despite the result, I was 40 seconds ahead of Jenson, who took pole position and won here two years ago. There are 44 laps so that is almost one second advantage per lap with the same car. I'll take that," he added. (GMM)