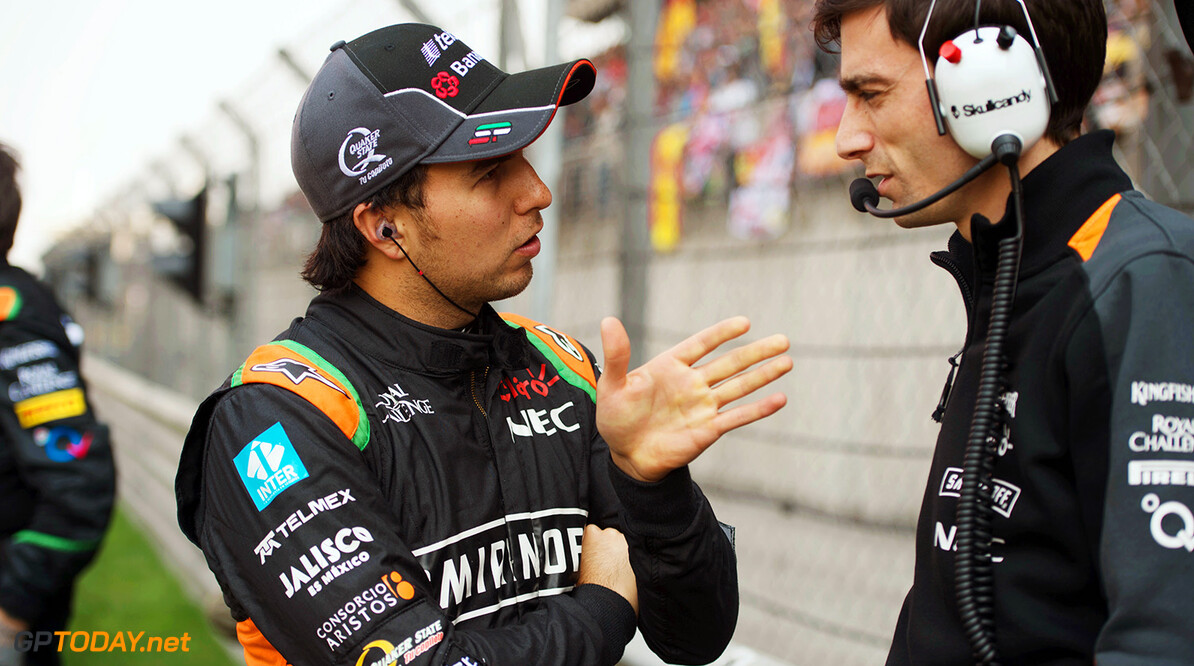 Sergio Perez on Thursday said he has no concerns about the safety of his Force India car. In Hungary, both the Mexican and his teammate Nico Hulkenberg suffered catastrophic failures aboard their otherwise more competitive 'B' spec machines.

Asked about the suspension design following his roll-over crash, Perez told reporters in Belgium: "Yes, I'm sure all the problems are behind us. The team is completely ready for the weekend," he added at Spa-Francorchamps. "The engineers told me in detail what happened. During the race we also had problems with the front wing but, as I said, they are all solved and in the past."

On other matters, Perez admitted he was "surprised" with Ferrari's news that Kimi Raikkonen has been re-signed for 2016, even though he understands the reasoning about stability. Asked if he has given up his dream of ever wearing red, Perez answered: "I still have a very good relationship with Ferrari. In the past, I was even very close to getting to drive for them. In formula one you never know what is going to happen in the future."

"At one point, Stefano (Domenicali) told me to stay one more season in Sauber, then go to Ferrari. But I got the offer from McLaren," revealed Perez. Asked if he regrets his ultimately ill-fated switch to McLaren, he said: "No. At the time, McLaren was winning regularly and many drivers dreamed of being with this team."

"Then the situation reversed. Of course, now I realise that the decision seriously damaged my reputation, especially when you stop with a top team after only one year. But now I believe that thanks to the results in the past and also this year, I may get another opportunity to go to a top team in the future," said Perez. (GMM)