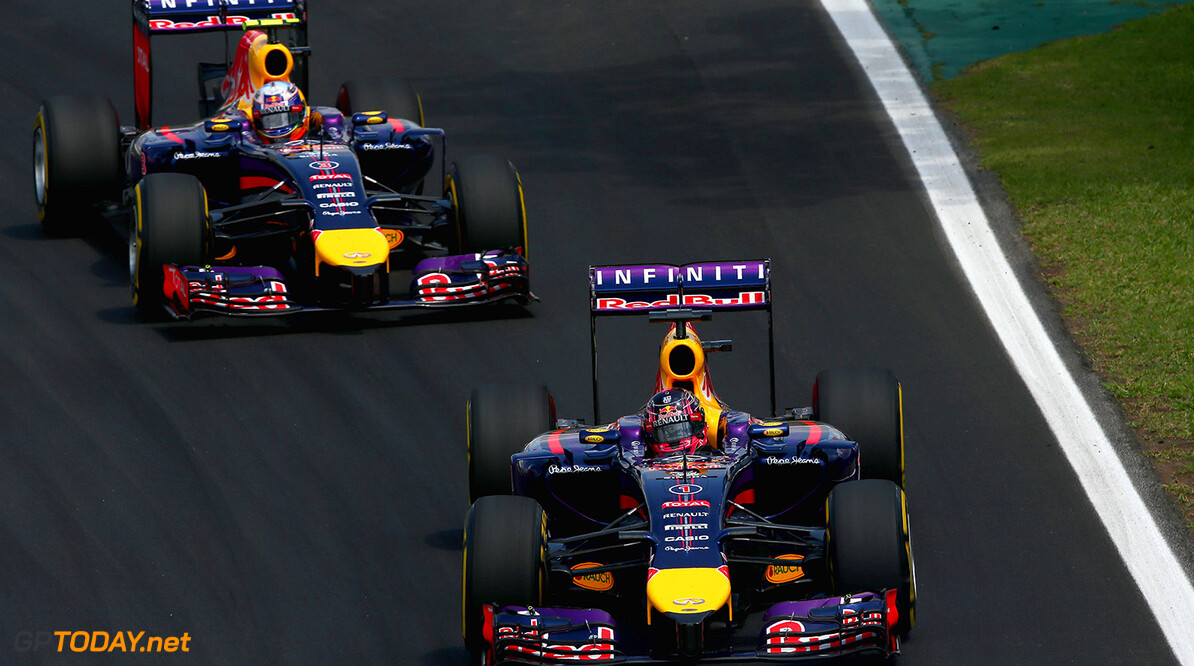 De stewards from the Grand Prix in Abu Dhabi have opted to disqualify both Red Bull Racing drivers after it was found that the team had designed its front wings to flex under aerodynamic load.

A representative of the team was asked to come to the stewards at 20:00 local time after FIA technical delegate Jo Bauer reported that cars 1 and 3 are not in compliance with Article 3.15 of the FIA F1 Technical Regulations.

It emerged later from the paddock that the issue revolves around an illegal front flap adjuster. Journalist Adam Cooper was told the FIA discovered a leaf spring arrangement inside a rubber shroud.

After some team members, including Adrian Newey visited the stewards, it was decided to disqualify both Daniel Ricciardo and Sebastian Vettel. They were set to start from the third row on the grid, but following their disqualification will have to start from the back of the grid or the pitlane.

Red Bull Racing announced a statement after the decision: "Following the decision of the Stewards regarding the front wings on both our cars (Car 1 and Car 3), we are disappointed that we have been singled out for a front wing deflection test when it is clear that other teams are interpreting the rules in a similar fashion. The team accepts the decision of the Stewards and will start the race from the back of the grid."
F1 News Daniel Ricciardo Sebastian Vettel Red Bull Racing
.