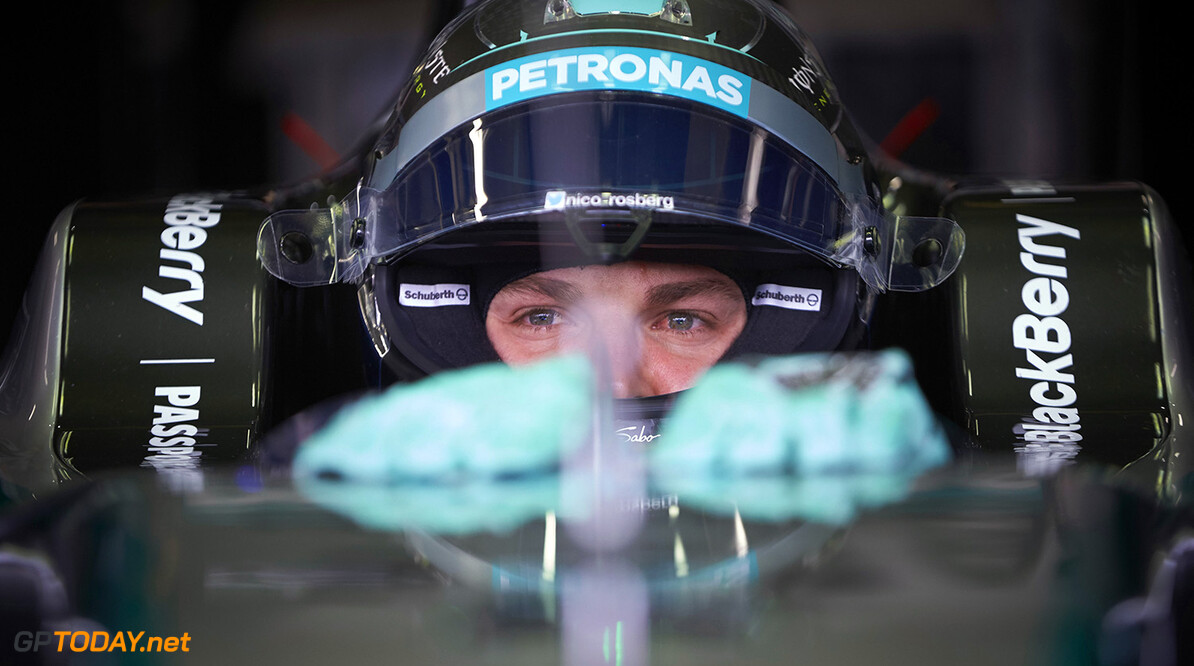 Gerhard Berger has played down Nico Rosberg's chances of winning the world championship this weekend in Abu Dhabi. The other Mercedes driver Lewis Hamilton has a 17-point lead going into the 2014 finale, but the controversial double-points innovation means German Rosberg still has a chance to win the title.

F1 legend Berger, however, told Sport Bild: "I fear Nico has left it two races too late. He needed to win in Austin. The silver arrows are so superior that Hamilton can always finish second, unless something extraordinary happens," the former McLaren and Ferrari driver said.

Indeed, a second place would be enough for Hamilton to wrap up his second career title, even if Rosberg wins the popular floodlit race. Another former F1 driver Alex Wurz, however, thinks Rosberg is still in with a shout, given Hamilton's personality. "Whenever Lewis believes himself to be unbeatable, he is prone to errors," said the Austrian.

No matter who wins, given their intense intra-team battle in 2014, defeat would be difficult to digest for both Hamilton and Rosberg. Team boss Toto Wolff told the Mirror newspaper that sports psychologist Dr Ceri Evans is on standby pending the outcome of Sunday's 2014 showdown.

Wolff is already offering condolences to the loser. "While it won't be apparent to them at the time, both have long careers ahead of them and they have proven their credentials for the years to come," he is quoted by Express newspaper. "A top driver always has the ability to engineer another opportunity and both our boys have proven themselves to be just that," Wolff added.

Hamilton insists he is as ready for Abu Dhabi as he can be, even though he has the most to lose if the double points outcome conspires against him. "No matter how it turns out," the Briton is quoted by Auto Motor und Sport, "I've done everything I can to win this title so I'm at peace. Is the double points unfair?" he asked rhetorically. "It's the same for everyone so I suppose it's equally unfair for everyone."

As ever in a title showdown, however, there is so much at stake that Mercedes cannot simply sit back and enjoy the battle. A technical failure for Hamilton or Rosberg, for example, risks tainting the credentials of the winner.

Britain's Telegraph claims Mercedes has been deliberately keeping engine mileage low over the past few races to ensure both drivers have a good chance of getting through Abu Dhabi reliably. "We are trying to make sure the car is in best shape," confirmed Wolff. "In terms of driving, they know what to do," he told BBC radio.

Indeed, because both drivers sit in the dominant Mercedes package, there have been specific rules of engagement in 2014. Wolff told the Austrian broadcaster ORF: "Both will be trying to explore how far they can go within our rules."

One rule of 2014 may be suspended for Abu Dhabi, Wolff admitted. "One of our rules is that we have always wanted to finish first and second if we can," he said. "If one of the two has fallen back, we have given him a more aggressive engine setting so that he can come back as soon as possible to position two."

Germany's Kolner Express newspaper said this is the rule that may be suspended for Abu Dhabi, so that both drivers are always at the wheel of the same engine strategy. "Mathematically, everything speaks for Lewis," Wolff concluded, "but Nico would also be a worthy champion." (GMM)
F1 News Lewis Hamilton Nico Rosberg Mercedes McLaren Ferrari
.