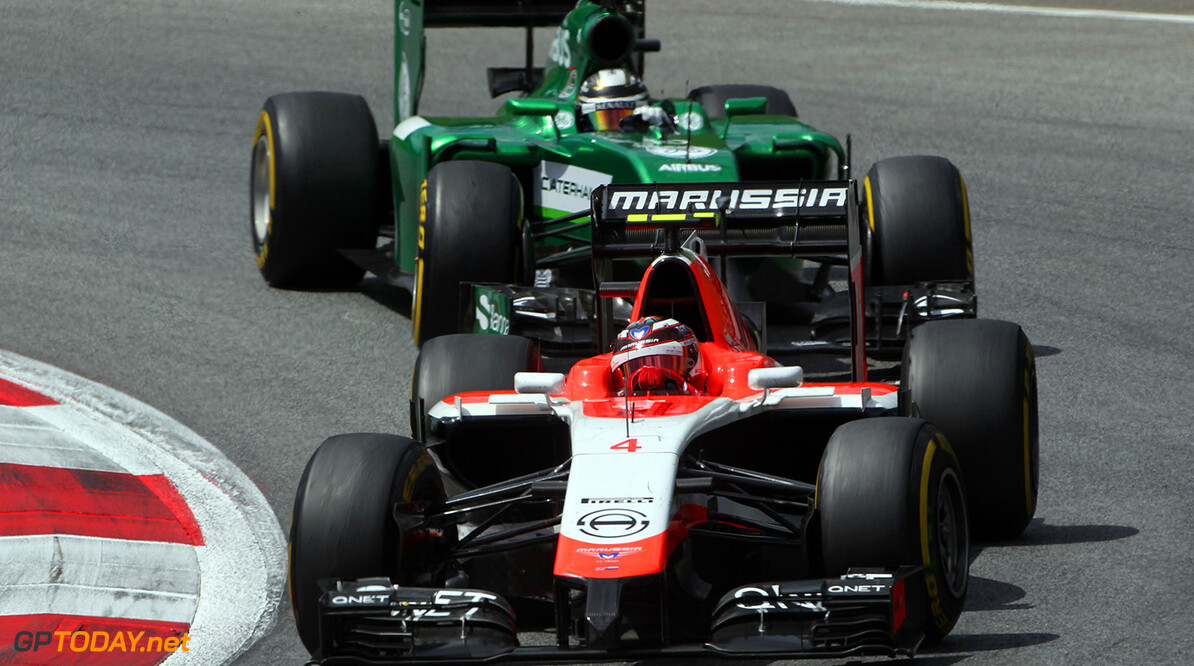 Caterham and Marussia have both entered the 2015 world championship. The backmarkers, in administration amid financial problems, sat out the US grand prix and will again be absent in Brazil, where the F1 world began on arrive early on Wednesday amid heavy rain.

Also on Wednesday, a provisional FIA entry list for the 2015 season emerged. It features a full complement of 11 teams. Each team reportedly needed to lodge its official entry, including a fee of $500,000, by the first of November. That was last Saturday, where in Austin the boycott threat of fellow privateer teams Lotus, Force India and Sauber was well underway.

It appears that threat is now easing, as Lotus team owner Gerard Lopez negotiates directly with Donald Mackenzie, the chairman of F1's major shareholder CVC. "We have left the negotiations to Gerard," a source confirmed to the Telegraph. "Gerard and Donald speak the same language."

It is suggested the small teams could benefit to the tune of a $160 million boost if the negotiations are successful. Marussia, entered for 2015 as 'Manor F1 Team' following the withdrawal of Russian backer Andrey Cheglakov, is reportedly in advanced negotiations with an Indian buyer. And also on the FIA's provisional list is Caterham, now referred to officially as CF1 Caterham F1 Team.

But Germany's Auto Motor und Sport on Wednesday explained that the validity of the two teams' entries depends on whether they can return in Abu Dhabi next month, as they have only been given dispensation to sit out two races. "One bad sign," said correspondent Michael Schmidt, "is that the two teams have cancelled all crash tests for their 2015 cars." (GMM)
F1 News Force India Lotus F1 Sauber Manor Motorsport Marussia Caterham F1
<< Previous article Next article >>
.