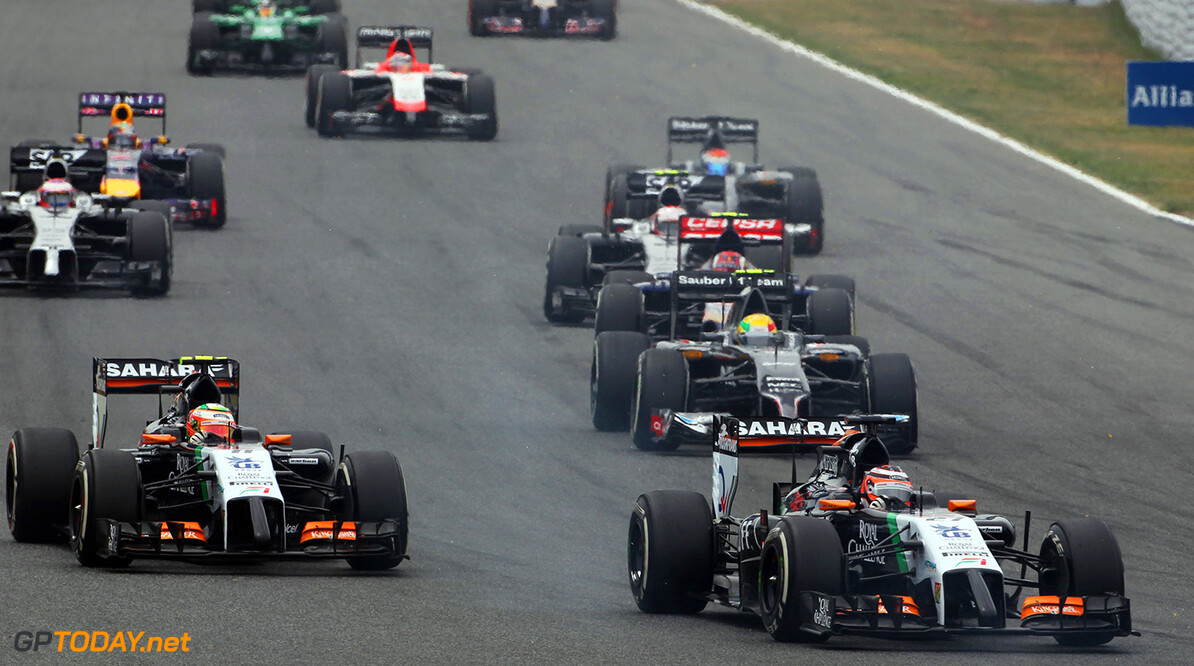 Two hours before Sunday's US grand prix, the risk that only 12 cars would race still existed. As promised, Bernie Ecclestone negotiated an eleventh hour solution, and the boycott threat posed by angry privateers Lotus, Sauber and Force India was put down.The F1 chief executive had laid the foundation of the peace deal 24 hours earlier by issuing an unprecedented 'mea culpa' amid Caterham and Marussia's death throes.

He openly admitted that the income distribution model favouring F1's most powerful teams is wrong. But for now, although all 9 solvent teams did race in Austin, the boycott cloud could be back over the paddock at Interlagos in mere days. "It's been acknowledged that there is an issue," said Force India's Bob Fernley on Sunday, as he informed reporters that the Austin boycott was averted. The question is 'Can that issue be resolved?' But the fact that it's been acknowledged is enough for the moment to be able to progress," he added.

It is believed Lotus team owner Gerard Lopez, who doesn't attend every race on the calendar but was conspicuously present in Austin, played a leading role in organising the boycott. He has also warned that this weekend's threat may not be the last, saying: "It's going to be really interesting to find out what's going to happen in the next couple of weeks around this topic."

Some paddock sources say that if the 2014 season ends without the problem having been addressed, the aggrieved teams might even launch a challenge as to the legality under EU competition law of the big team-dominated 'strategy 'group'. In reality, the fight may have to go on. Ecclestone, having acknowledged the problem, also revealed that existing contracts means his hands are tied unless he can convince big teams to "tear them up". "The trouble with lots of regulations and lots of contracts is we don't think long term," he said.

The prospect of tearing up the existing deals seems impossible, as F1's biggest players Red Bull, Ferrari and Mercedes are already talking the logistics of adding third cars to their garages -- the touted solution for losing more failed minnows. "There are always teams that are safe and others who come and go," Mercedes team chairman Niki Lauda said. "If this third car would have a rookie in it, then we would do that," he added. "A full grid again and a new, innovative idea."

Team boss Toto Wolff also suggested Marussia and Caterham succumbed to their naivety in having entered F1 in the first place, comparing their task to setting up an airline. "If you want to set up an airline tomorrow," he said, "it's going to be difficult, because Lufthansa is going to eat you up."

Ecclestone, however, is suddenly back-paddling on his three-car proposal -- perhaps because McLaren has clearly said 'no', and perhaps because he is taking the angry small teams' boycott threats seriously. "Forget three cars," he said. "Nobody can afford two."

But if F1 loses no further teams, the heat of the 'crisis' will lift -- especially if rumours Marussia is close to rescue are true. Lauda told RTL on Sunday that he has heard an Indian bid to buy the team is "credible". And Britain's Sky reports that Marussia could be back up and running by next month's Abu Dhabi finale, having lodged a team entry for the 2015 season. (GMM)
F1 News Lotus F1 Ferrari Mercedes Force India McLaren Sauber Marussia
<< Previous article Next article >>
.