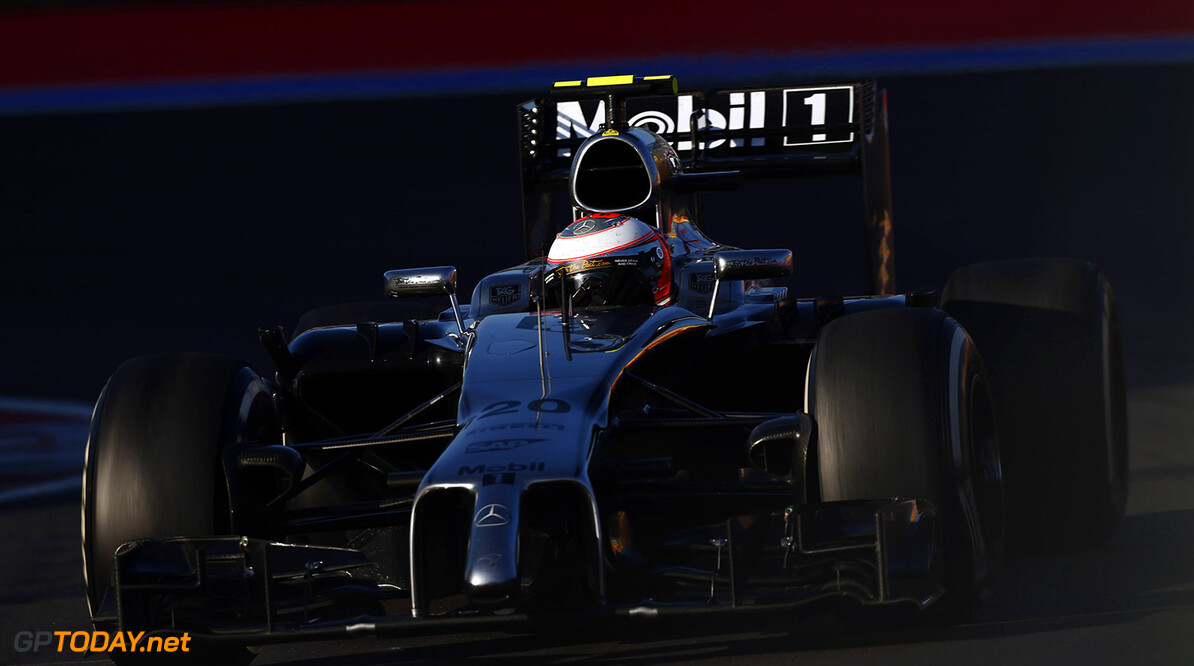 Jenson Button says he is concerned about the future of his rookie teammate Kevin Magnussen, as McLaren continues to delay its decision about 2015. Seemingly waiting for the negotiations between the Woking team and Fernando Alonso, former world champion and F1's most experienced current driver Button admits he is bemused his future remains so unclear in the dying stages of the season.

Asked if he is annoyed, 34-year-old Button was quoted by the Mirror: "Not anymore. I was annoyed at the last race, but I am more relaxed with it. "It is getting so close to the end of the season, it is actually getting funny."

Hugely wealthy and with a title, 15 wins and well over 250 career grands prix in his pocket, Button said the situation is much harder for his Danish teammate Magnussen. "You shouldn't worry about me," he is quoted by the BBC. "I am in a great place in my life right now and whatever happens next year I am happy. It's tougher for my teammate," said Button.

"I have been in the sport for a long time. I have won a world title and 15 races but Kevin is in his first season and there is more pressure on him to get a drive. I just hope they (McLaren) make the right decision," he added. (GMM)
F1 News Fernando Alonso Jenson Button Kevin Magnussen McLaren
.