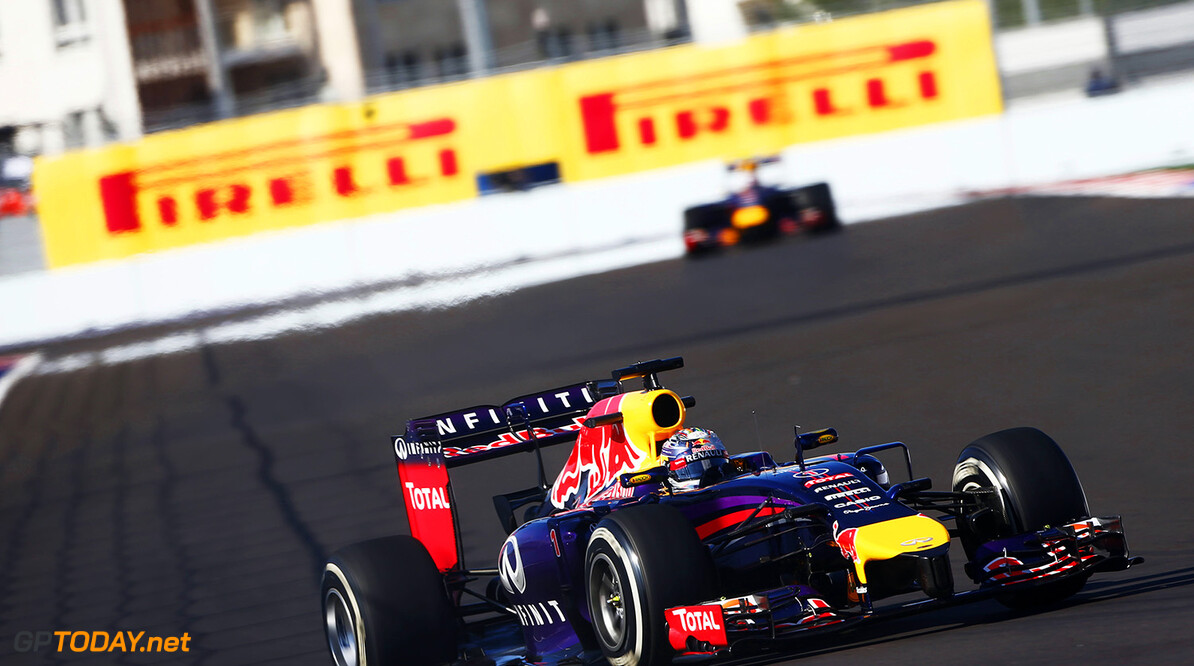 Red Bull has decided against boosting Daniel Ricciardo's slim championship hopes by making departing Sebastian Vettel the team 'number 2'. After a difficult weekend in Russia, Australian Ricciardo is now a distant 92 points behind championship leader Lewis Hamilton -- with only 100 more on offer over the final three grands prix of 2014.

"Daniel would have to win all three," Red Bull chief Christian Horner is quoted by Auto Motor und Sport, "and the Mercedes drivers not finish. I think it's just between Lewis and Nico now," he was quoted as saying elsewhere.

When running behind the seemingly Ferrari-bound Vettel on Sunday, Ricciardo pleaded over the radio early in the race that he could be driving quicker than his teammate. It was the obvious request for a team order. "Looking at the championship standings," Horner explained afterwards, "team orders at this point don't make much sense."

Red Bull's decision to part on the best possible terms with Vettel might be an order right from the top, with team owner Dietrich Mateschitz having groomed the four-time world champion from boyhood.

Billionaire Mateschitz told Salzburger Nachrichten newspaper on Sunday: "Vettel is now excluded from all developments that we are doing for next year's car. But that doesn't mean that we are going to give him inferior material to Ricciardo. He will be treated identically in all of the remaining races," he insisted. (GMM)
F1 News Daniel Ricciardo Lewis Hamilton Sebastian Vettel Mercedes Ferrari
.