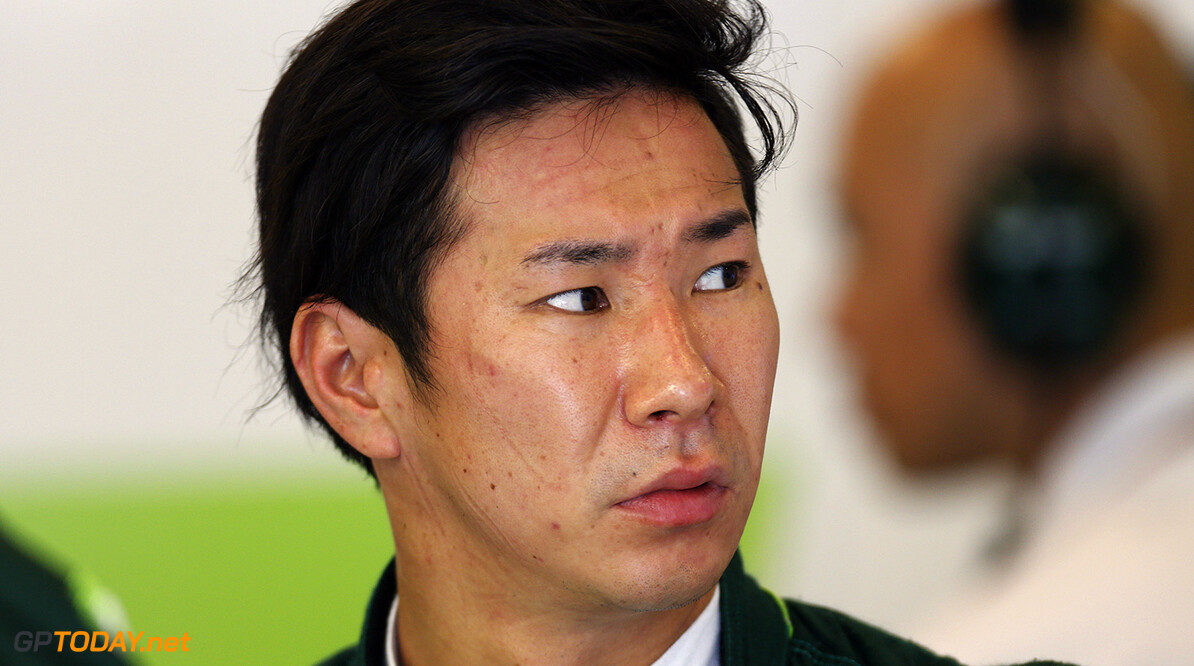 Kobayashi to race alongside Ericsson for Caterham in Russia

Kamui Kobayashi will drive for Caterham F1 Team at the Russian Grand Prix this weekend alongside Marcus Ericsson. Roberto Merhi will take part in his third official Formula 1 session during Friday morning practice. The 23-year-old Spaniard will take the wheel of Kobayashi’s CT05.

Manfredi Ravetto, Team Principal: "Everyone's thoughts and prayers at Caterham F1 Team continue to be with Jules and Marussia F1 Team, we hope he recovers well soon. We head to Russia after a very positive last three races, where we have made progress out on track, finishing ahead of our main rivals. The introduction of our latest package of updates, including the new front wing, has also performed better than our initial data suggested, so we are satisfied with this. I'd like to thank every single member of the team for their efforts in Japan – the team is working harder than ever and the results are showing out on track. We now have to continue like this and build on the positives of the last three race weekends."

"Kamui didn't have the best of luck at his home race, but at a new circuit like Sochi, where all drivers start the weekend on a level playing field as it's a new track, he could definitely make the difference. On the other hand, Marcus has had an exceptional second half of the season so far, upping up his game and his pace, and we look forward to see what he's capable of at this new Russian circuit that looks like it will suit him well."

"It's been a busy week with two back-to-back races as well as the event in Jerusalem where Nathanael Berthon drove a Caterham F1 Team car through the streets of the historic city. It's going to be an interesting weekend here in Russia, where we will challenge our rivals once again out on track – I look forward to it!"

Kamui Kobayashi, car #10: "It's always extremely exciting to race at a new circuit – I had a chance to do a few laps of this new Russian circuit in Sochi with the Codemasters 2014 F1 Game in Suzuka last week and, even though it was a video game, it seemed like an interesting circuit because of its mix of corners, some of them very tight, and high speed sections. I am looking forward to driving there in real life. It will be an interesting challenge for us all and we will do our best. Our thoughts are also with Jules and his family at this difficult time."

Marcus Ericsson, car #9: "First of all my thoughts are still with Jules and his family. It will be a weekend of mixed emotions, but it's going to be interesting here in Russia and a race I'm really looking forward to. This will be my first time racing in this country and at this newly-built track. It looks a bit like a street circuit because in a few areas the walls seem very close to the track – I like this type of circuit, street circuits seem to suit me: in Monaco I matched the team's best result and two races ago in Singapore I raced one of my best Grands Prix in F1, so I hope we can add this weekend to the list."

"I'm feeling much more confident this second half of the season and, together with the team, we are steadily improving race after race. We can be happy with the progress made and now we need to make sure we continue to build on the positives and get the most out of the weekend ahead."

Roberto Merhi: "I'm very much looking forward to my third FP1 outing with Caterham F1 Team this weekend in Sochi. I feel much more comfortable in the car and this gives me more and more confidence when I drive out of the garage each time. This is my second time in Russia this year, but my first time in Sochi – it's a country that definitely brings me good memories, as back in July I won the first Formula Renault 3.5 race of the weekend at the Moscow Raceway. The Sochi layout looks like a great one to drive – it will be interesting to see what it feels like to drive for the first time."
F1 News Marcus Ericsson Roberto Merhi Renault Marussia Caterham F1
<< Previous article Next article >>
.