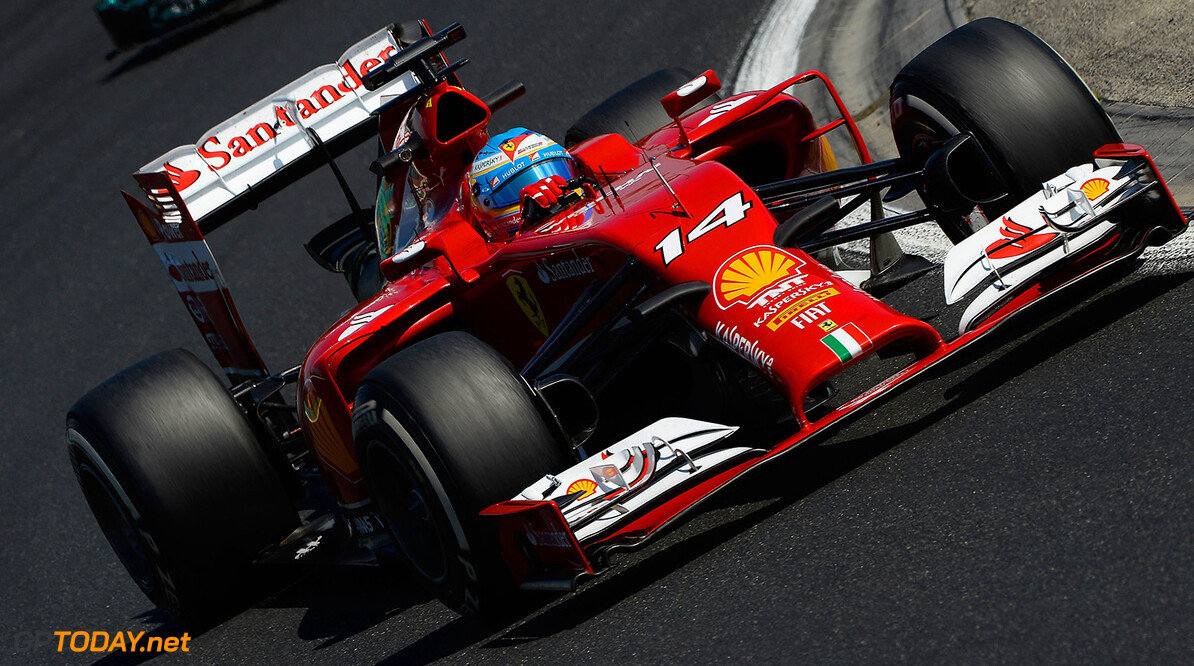 Alonso has 'some options on the table' for future

After two weeks of intense speculation, Fernando Alonso on Thursday had to admit his future at Ferrari is currently unclear. "I don't live on Mars," said the Spaniard at Suzuka, when asked by swarms of reporters if he was up to date with what has been happening in the press since Singapore. Alonso can no longer deny that his frustration at Ferrari, and perhaps also the Maranello team's frustration with his flagging commitment, could lead him elsewhere in formula one.

Asked directly ahead of the Japanese grand prix to categorically rule out a move to a rival team like McLaren-Honda or Red Bull for 2014, he said: "That is a difficult question. I say only that I will do what is in the best interest of Ferrari," he is quoted by Speed Week. "Ferrari is a big name, a big brand, bigger than any of us. I will always act in the interest of the team," Alonso repeated.

But the rumours suggest otherwise: that, as probably the best driver in F1 today, the 33-year-old has finally tired of waiting for a title-winning Ferrari. Alonso acknowledged: "Only if you win titles will the people keep thinking you are the best. Of course I want to win more. I feel good, I'm fit. This is the best phase of my career. Nothing has changed in the two weeks since Singapore. There are some options on the table," he revealed.

One reporter pointed out that Alonso could easily stop or at least quieten the rumours by declaring plainly 'I am definitely staying at Ferrari'. Alonso replied: "The bottom line is that you always have an idea of what you want to do. And I do. I am happy that I have a choice in formula one. Every driver cannot say that. I consider myself lucky that I myself can decide about my future."

The team most linked with Alonso's services in 2015 has been McLaren, with Honda open to paying lucratively for F1's biggest name. But surely Alonso cannot imagine reuniting with Ron Dennis, after the ill-fated events at McLaren in 2007? "I had no war with anyone there," Alonso insisted. "But I am with Ferrari, I drive for Ferrari and it would not be very respectful to talk about other teams."

If Alonso does go, Ferrari will be keen to replace him with another great champion. Red Bull's Sebastian Vettel is a rumoured candidate. Italy's Autosprint reports on Thursday that a race engineer who once worked closely with Vettel at Toro Rosso - Riccardo Adami - is preparing to move from Faenza to Ferrari for 2015. "A coincidence, or a clue?" read the report. (GMM)
F1 News Fernando Alonso Sebastian Vettel Ferrari McLaren Honda
.