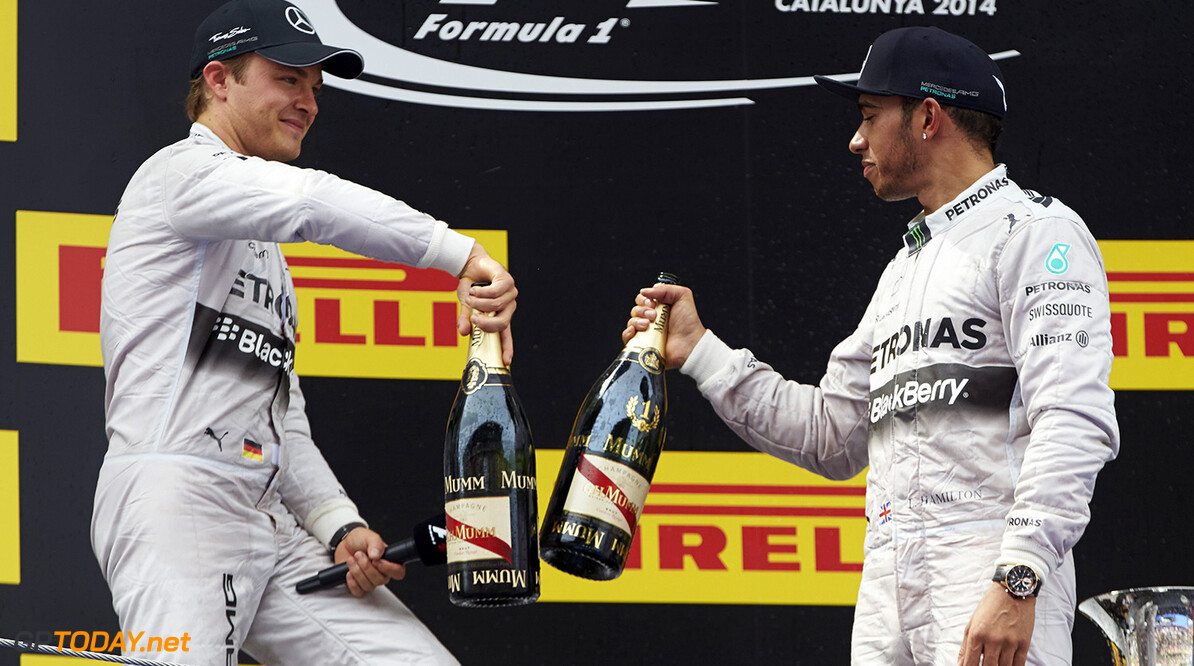 Wolff '99pc sure' of unchanged Mercedes lineup for 2015

Team boss Toto Wolff is not 100 per cent sure Mercedes will head into the 2015 season with an unchanged driver lineup. With Nico Rosberg already under contract into the longer term, his teammate Lewis Hamilton is among those drivers speculatively linked with a sensational switch to the new Honda era at McLaren beginning next year.

Recently, a slight disagreement between Briton Hamilton and Mercedes became apparent after Wolff indicated talks for a new contract beyond 2015 had been "frozen". "Well, I haven't said that I was freezing anything," the 2008 world champion said last month.

It is rumoured Hamilton might be tempted to leave Mercedes if his teammate Rosberg, with whom relations are already intensely strained, wins the 2014 title. Wolff has also warned that if the pair cannot find a way to work together effectively, Mercedes might need to rethink its 2015 lineup. It is a theme Austrian Wolff appears to have returned to in the days before the Japanese grand prix.

He told Germany's Sport Bild that the Brackley based team's driver lineup for 2015 is only "99 per cent" guaranteed at this stage. "You have to hold something back because exceptional circumstances can always arise. In life, nothing is ever 100 per cent for sure," said Wolff.

He insisted yet again that contractual talks with Hamilton have indeed been frozen for the time being. "On both sides we had the desire and decided to postpone the issue, because the championship is so intense," Wolff said.

"Rather than be discussing commercial issues, we want to get to the end of the season. And then the first thing we will do is sit down with Lewis and hopefully everything will be in the bag for the years after 2015," he added. (GMM)
F1 News Lewis Hamilton Nico Rosberg Mercedes McLaren Honda
.