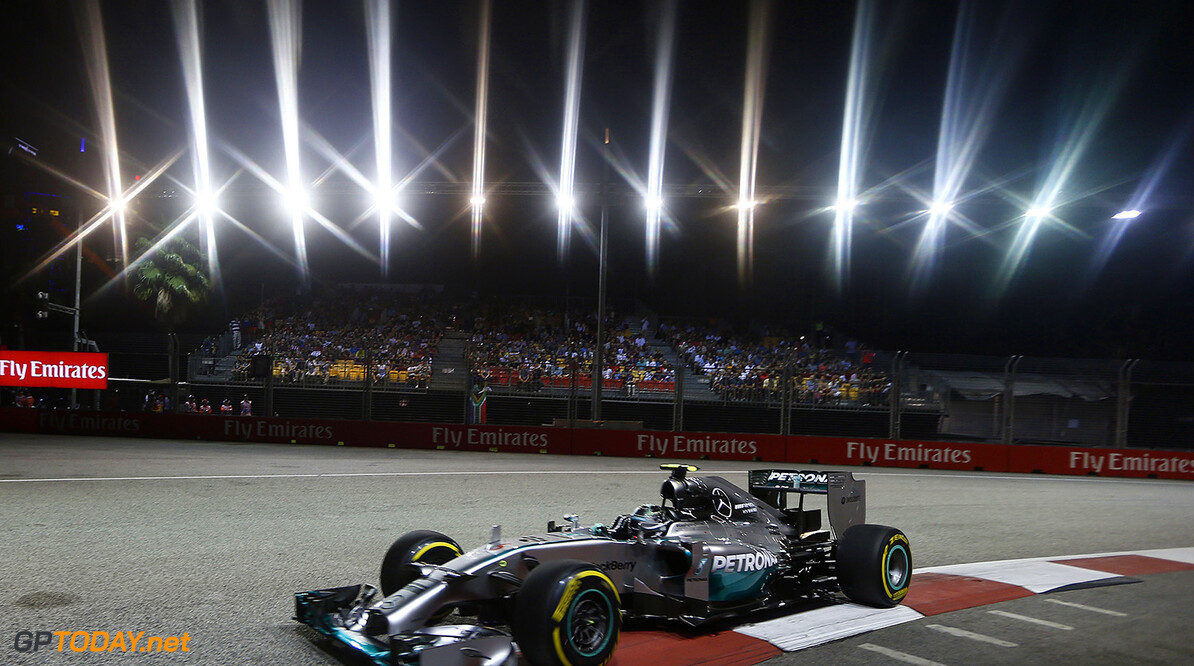 Lewis Hamilton: "Singapore was a good weekend for me. It's the first time in quite a few races that I've not had to fight through the pack to get a result which made life a lot easier. In the final stint, I had to clear Sebastian quickly after making the extra stop. But the car just felt fantastic and I could push whenever I needed to throughout the race. Of course, it was disappointing for the team to have another retirement but I know they have made this a priority moving forwards. It's levelled things up in the Drivers' Championship, so hopefully we'll now have a straight battle right to the flag in Abu Dhabi. Suzuka is one of the races on the calendar that drivers love the most - and arguably one of the greatest tracks in the world. There's so much history and there have been so many defining moments there - like those unforgettable battles between Ayrton Senna and Alain Prost. I've never won at this circuit and have only made the podium once, on my first visit way back in 2009. I've had a couple of chances and last season was probably the best of those. This year, though, we have an exceptional car and I'm really hoping I'll finally have my shot at the top step. All the greats of Formula One have won at Suzuka since the sport first came there in the 1980s and I'm determined to add my name to that list this weekend."

Nico Rosberg: "I said at the time that Sunday in Singapore was probably the toughest moment of my year so far and, looking back on it, I still think that is true. To have the chance for a top result basically taken away before you even reach the grid is hard to swallow and, of course, it was a lot of points lost in the Championship battle. I can't fault the effort of the team, though. I go to the factory and I see how hard everyone is working, so it's clear that they want the results just as much as us drivers do. I have faith in my colleagues to improve our reliability and I know they will get it right. Next up we have the Japanese Grand Prix - which really is one of the special races in motorsport. There's so much history at this race - especially at Suzuka. It's definitely one of the best tracks in the world. The fans, too, are just unbelievable. They go absolutely crazy for Formula One and it's so nice to see their enthusiasm for the sport. They show us so much support - the teams and all of us drivers individually - so we all really enjoy going there and seeing them all. I'm looking forward to this weekend - particularly with the car we have at the moment which should give us a good chance to get a great result."

Toto Wolff, Head of Mercedes-Benz Motorsport: "Singapore was a bittersweet event for the team, with both of our drivers producing strong performances throughout the weekend but only one leaving with the result he deserved on Sunday. Whilst it was good to see the pace of our car used to full effect by Lewis in the race, Nico's problems left us under no illusions that our reliability must improve. With five races to go and three points separating Lewis and Nico, it is now a straight fight between the two of them and each will be looking to gain the first advantage in Suzuka, one of the best driver's circuits in the sport. We are also now entering arguably the most intense phase of the racing season: the final quarter. Inside the team, motivation is stronger now than at any point so far this year. Every single one of us wants to finish 2014 in style."

Paddy Lowe, Executive Director (Technical): "We left Singapore with mixed emotions. Lewis produced a fantastic drive in difficult circumstances with the safety car to take a great victory. Credit must go to the team in terms of the strategy - which was bold but absolutely the right call. It demanded a lot from Lewis in terms of his performance in the final phase of the race - but as always he delivered faultlessly. On the other side of the garage, it was very disappointing to have lost Nico's car in Singapore. This was down to the failure of a part which we have been running faultlessly since its introduction six years ago and so demonstrates the challenge of ensuring reliability in a modern Formula One car. Clearly, this is an area in which we need to perform a lot better in the future. Reliability is something we have been working on intensively over the past 12 months and we will redouble our efforts moving forwards. Now, we look ahead to Suzuka. It's a fantastic track - unique in its figure-of-eight configuration with some spectacular corners, and a very well-liked circuit amongst the drivers. It demands the utmost skill from the driver in order to get the right lines - particularly through the 'S' Curves - and good all-round performance from the car in terms of power, braking and cornering. We hope that will play to our advantage and that we can bring home another good result. The Japanese fans are some of the very best on the planet - we particularly look forward to seeing what interesting costumes they produce each year. Their enthusiasm for the sport is second to none and we hope to reward them with a good show."
F1 News Lewis Hamilton Nico Rosberg Mercedes
.