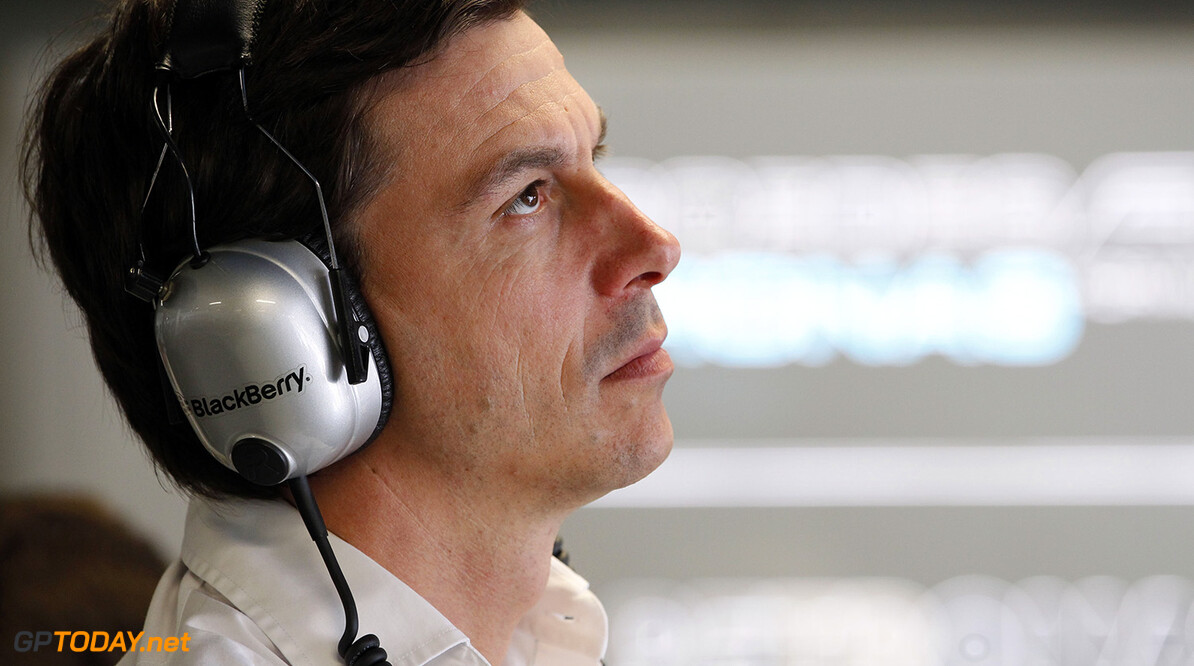 When Lewis Hamilton passed championship leader Nico Rosberg to take the win at Monza on Sunday, not everyone was convinced. F1 legend Sir Jackie Stewart is one such conspiracy theorist. "I thought 'Hello, what's going on here?'" admitted the triple world champion, referring to the moment when Rosberg ran into the escape zone at the circuit's first corner, letting Hamilton into a lead that would not be challenged."He could have at least made an effort to get round the corner but he didn't," said Stewart.

Those connecting even more dots linked the move with the Mercedes drivers' shenanigans in Belgium two weeks ago, whereafter Rosberg was internally sanctioned by the German team. Was 'accidentally-on-purpose' gifting Hamilton the win part of Rosberg's punishment, after the championship leader pulled out a further points lead on Hamilton in Belgium amid the highly controversial circumstances? "It's not like we now start shuffling and things like that. There is no reason why I would do something like that on purpose," the German driver insisted.

Boss Toto Wolff slammed the conspiracy, including the claim that the Rosberg 'mistake' coincided with television images of him in the pits smiling wryly at the TV monitor. "Whoever picks that up and tries to interpret anything in such a picture must be out of his mind," said the Austrian. "First of all, it's not live. It wasn't synchronised with the picture."

As for accusing Mercedes and Rosberg of orchestrating the 'mistake' to at least give Hamilton seven of the lost points back, Wolff insisted: "Only a paranoid mind could come up with such an idea. I think there was lots of pressure on Nico because Lewis was so quick yesterday and you could see that today as well," he added.

More sober minds, however, noted that Rosberg made more than one run through the chicane run-off on Sunday, and Hamilton also locked his brakes at the same point late in the race. "They (the mistakes) might look a bit strange but I did it in practice (too)," said Rosberg. "What would be the reason for me to do something like that deliberately? The only thing in people's minds could be Spa but Spa was a mistake which I've apologised for."

He said the reason he went through the run-off rather than lock up the brakes and try to make the corner is because "It would have caused a flat-spot". And he also told Auto Motor und Sport: "I haven't been 100 per cent with the brakes since the start of the season. We wanted to solve the problem with new disc material, but after what happened with Lewis in Hockenheim that has been on hold," said Rosberg.

And the newspaper Bild quoted him as saying: "Lewis was getting bigger and bigger in the mirror, so I was braking later and later. My first thought (at the moment of the mistake) was 'Shit'."

Hamilton, meanwhile, took heart from the appearance of Rosberg having cracked under his application of pressure. "I (also) did it a couple of races ago and he doesn't seem to like it," said the Briton, "so I'll try it a bit more."

Finally, Hamilton denied suggestions he once again ignored a team order, after his engineer on Sunday told him to maintain a gap behind Rosberg until later in the race. "They (engineers) want to win just as much as me so they're just trying to guide me as to what they think," said the 2008 world champion.

"But at the end of the day, I was the one out there and I had to decide 'Ok, I can back off and keep the tyres but it might be better the other way'. I knew that if I applied the pressure, an opportunity would eventually come," said Hamilton. (GMM)
F1 News Lewis Hamilton Nico Rosberg Mercedes
.