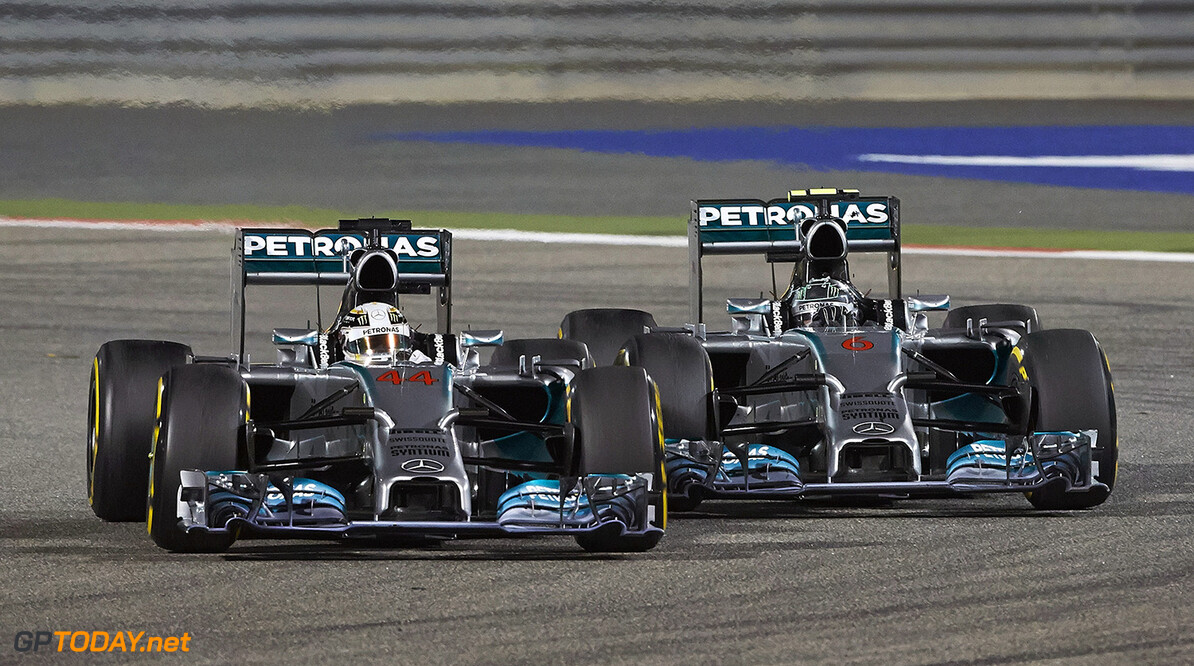 F1 should thank the warring Mercedes teammates for their spicy championship battle in 2014. That is the view of Norbert Haug, the former Mercedes chief who is today removed from the stresses that his successors Toto Wolff, Paddy Lowe and Niki Lauda are facing as they manage the imploding relationship between Lewis Hamilton and Nico Rosberg.

Indeed, Mercedes has apparently struggled to handle the fallout of the silver-clad duo's clash in Belgium two weeks ago, but Haug sees the controversy differently. Unlike Wolff and Lauda, who heavily criticised and actually formally reprimanded Rosberg, he thinks the incident at Spa-Francorchamps was nothing out of the ordinary.

"It should not happen, but it can happen -- even among teammates," Haug told Sport Bild. "Especially when they are the only opponents for the world title and - rightly - when they are racing without team orders. Hamilton and Rosberg are battling it out on the track, which I see as particularly valuable for the Silver Arrows."

Mercedes' new management has regarded the Spa crash as bad for the German marque's image, but Haug thinks any damage will be quickly forgotten. "After a clean 1-2 victory at Monza, Spa will be yesterday's news," he said. And, anyway, he thinks that without the Hamilton-Rosberg battle for 2014 glory, "the world championship would not be even half as interesting in my opinion".

He says incidents like Spa are unavoidable when a wheel-to-wheel battle for the title is taking place. "You don't make omelette without breaking eggs," Haug is quoted by Germany's Sky. "I have seen it with David Coulthard and Mika Hakkinen, with Juan Pablo Montoya and Kimi Raikkonen, with Fernando Alonso and Lewis Hamilton."

"Fighting between two teammates was not invented this year!" he exclaimed. Haug also said that if Mercedes had decided to impose team orders after Spa, the value of championship victory at the end would have been "less than half".

According to team Niki Lauda, the idea is to get the Mercedes duo clear of any third party title rival by the Abu Dhabi finale and then release Hamilton and Rosberg to fight unfettered for the drivers' crown. "Then, sparks can sometimes fly, because we do not care which of them is first and which is second at the end," the F1 legend told Auto Motor und Sport. (GMM)
F1 News Fernando Alonso Lewis Hamilton Nico Rosberg Mercedes
<< Previous article Next article >>
.