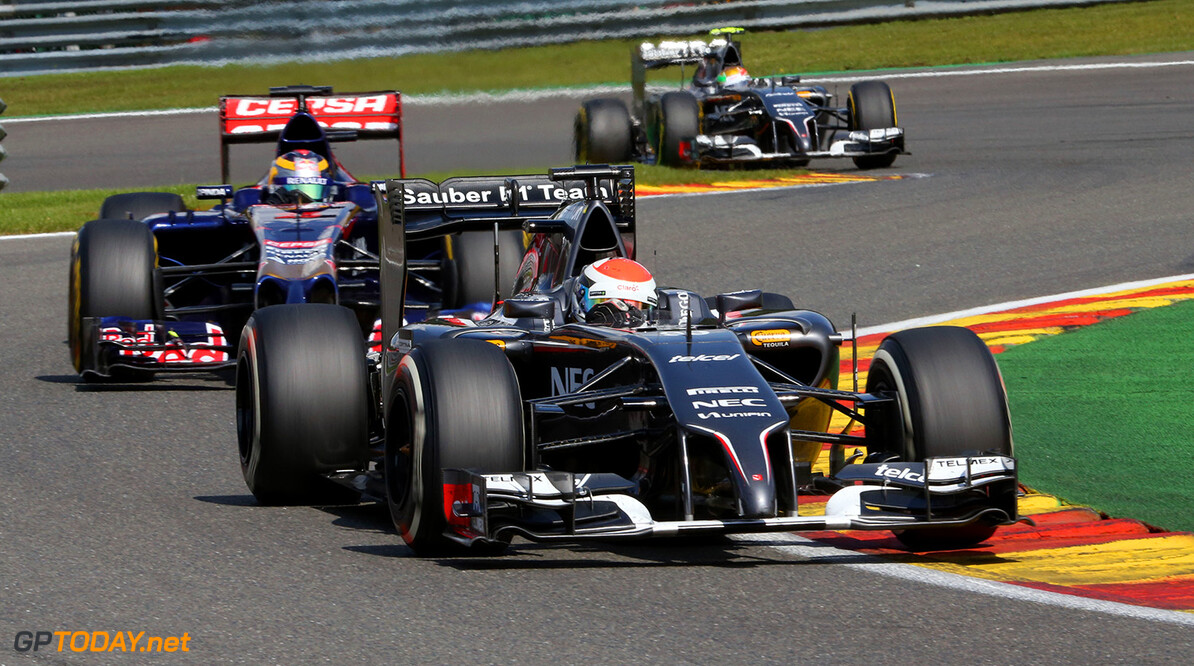 After Hockenheim, the Italian Grand Prix is another home race for the Sauber F1 Team as the Monza track is not far from the Swiss border. The final European round of the FIA Formula One World Championship will take place from the 5th to 7th September. On Friday test and reserve driver Giedo van der Garde will be driving the C33 during the first free practice. From the second free practice on regular driver Adrian Sutil will take over.

As the Sauber F1 Team and the Swiss watch manufacturer Certina celebrate their ten-year partnership, Certina will introduce a limited edition of its DS-2 chronograph. On Thursday, 4th September at 17:00 hrs (CEST), the exclusive watches will be presented in our paddock hospitality in Monza. As part of this event, the management and the drivers of the Sauber F1 Team will receive the first pieces. In addition, the anniversary will be acknowledged with a special Certina branding on the C33s during the weekend in Monza.

Esteban Gutiérrez (car number 21): "I am looking forward to going to Monza. Due to the track layout, we need a high top speed in order to be fast on the straights. Monza's characteristics are different in comparison to the other circuits on the calendar. On one side, there are long straights, but on the other there are also two very slow chicanes on which we will use the kerbs. Therefore, the mechanical set-up of the car is crucial. From an aerodynamic point of view, it is important to have low drag, and, as a result, the downforce is much reduced. Ascari and Parabolica are my favorite corners on the track. In Monza it is not only the circuit that is special, but also the event itself. I am always excited to go there."

Adrian Sutil (car number 99): "The race weekend in Monza is always a very special event due to the popularity of Formula 1 and the tifosi. It is surely one of my favourite Grands Prix, as the Italians are great fans, and they generate a nice atmosphere around the track. The circuit is the fastest on the calendar, and I am curious about the top speed on the straights with the new engines. The car needs to be stable under braking, as in the first chicane we reduce our speed from approximately 340 kph to about 60 kph, and on top of that we hit the kerbs. On the long straights a high top speed is important, which can be achieved by a very low downforce. As Pirelli has chosen the medium and hard compounds, it could be a challenge for us to bring the tyres up to temperature. After the German Grand Prix, the race weekend in Monza is another home race for the team, as the track is not far away from the Swiss border. I am looking forward to racing there, the Italian Grand Prix has a remarkable history."

Giedo van der Garde (car number 36): "It is great to be back again in the cockpit on Friday morning. Particulary in Monza, there is always a special atmosphere, and the Italian people are really passionate about motorsport. I like this high speed track, and with the new engines and the special aero package we will be very quick on the straights. It is important to have a high straight-line speed, and to be fast through the chicanes. We need to find a compromise with the downforce level resulting in a high straight-line speed, but also finding the right set-up for a stable car. During the first free practice session we will test different configurations in order to find the best possible package. My favorite corner is Ascari, which is very technical and for me a perfect combination. I believe the spectators will see a lot of oversteering cars there. The track has quite high kerbs, while when you brake hard the rear is moving and the car is sliding around. It is good fun, and I look forward to driving there."

Giampaolo Dall'Ara, Head of Track Engineering: "Racing at Monza is special. The engineering challenges posed by such a circuit are standalone. On the long straights the car hits speeds that aren't reached anywhere else. Even if the number of corners per lap is low, every range of cornering speed is covered. Strong braking is fundamental, as well as traction out of the chicanes and stability over the bumps and kerbs. The car's set up is heavily biased towards speed, and the drivers need to somehow reset their references to the minimal level of downforce carried. As for the tyre allocation, Pirelli have opted for the hard and the medium compounds, which is an very conservative choice. One step softer sounded more sensible for such a circuit, and we suspect that a number of teams will struggle to get the primes into their temperature working window."
F1 News Pirelli Sauber
.