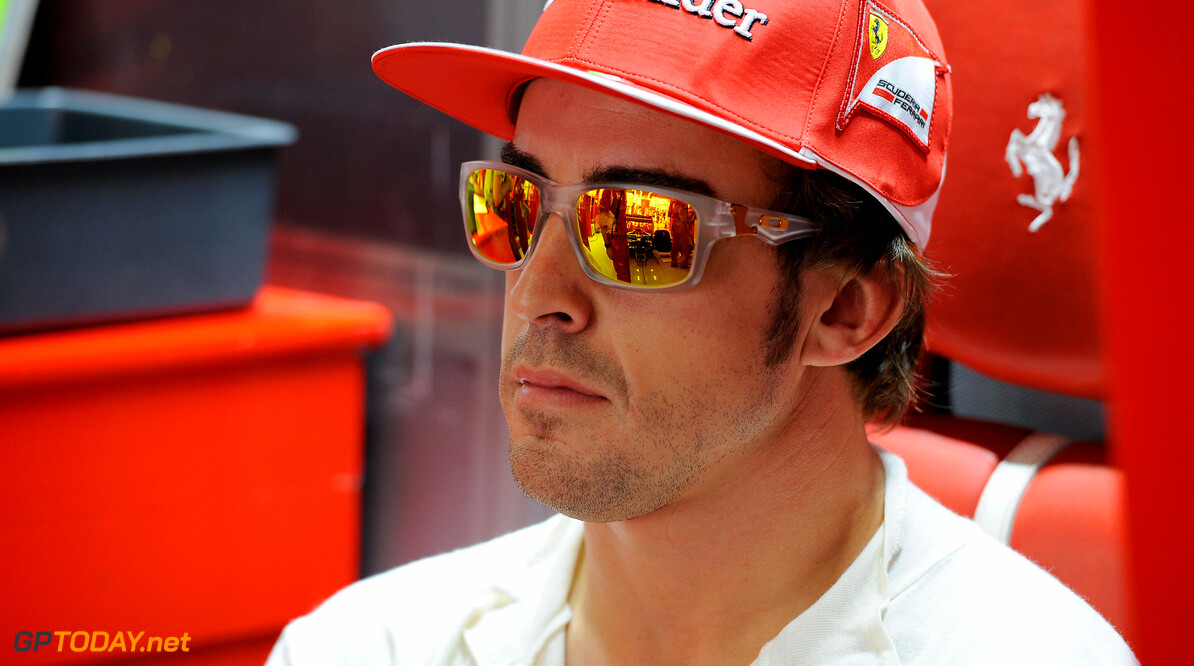 Alonso responds to speculation about his future

Fernando Alonso has responded to speculation he could be about to turn his back on Ferrari. The Spaniard's title-less tenure in red has culminated in the 2014 season, where the Maranello team has notably struggled at the start of the new V6 era. It has triggered speculation Alonso, the highest paid and arguably most highly rated driver in pitlane, could activate a performance clause in his contract and jump ship to McLaren.

Reports in the last days have suggested McLaren, desperate for a truly top driver to spearhead the looming Honda era, is offering Alonso a massive $32 million per year. But Britain's Sky on Tuesday quoted Alonso, 33, as saying: "It's not my intention at the moment to move, I want to win here and finish the job that we started some years ago and we will see what the future comes."

He acknowledged the rumours but insisted nothing that came "from my mouth" triggered them. "There was a lot of speculation, which is not disturbing but it created a little bit of tension and stress," said Alonso. "Yet you also feel happy and proud that the best teams have an interest in you and say so in public."

Also on Tuesday, ousted team boss Stefano Domenicali commented on Alonso and rumours the Spaniard has been unhappy at Ferrari for some time. "It is not true that Alonso had a difficult situation with me," the Italian is quoted by Ferrari insider Leo Turrini's blog, "or with the team.

"Fernando is a nice person and I say this honestly," Domenicali insisted. "Compared to Schumi he certainly has a more open attitude towards communication and maybe sometimes a word is mistranslated. But he has never been negative towards the team. He has been unlucky, we have been unlucky, but if we had won a couple of titles, nobody could criticise them," he added. (GMM)
F1 News Fernando Alonso Ferrari McLaren Honda
<< Previous article Next article >>
.