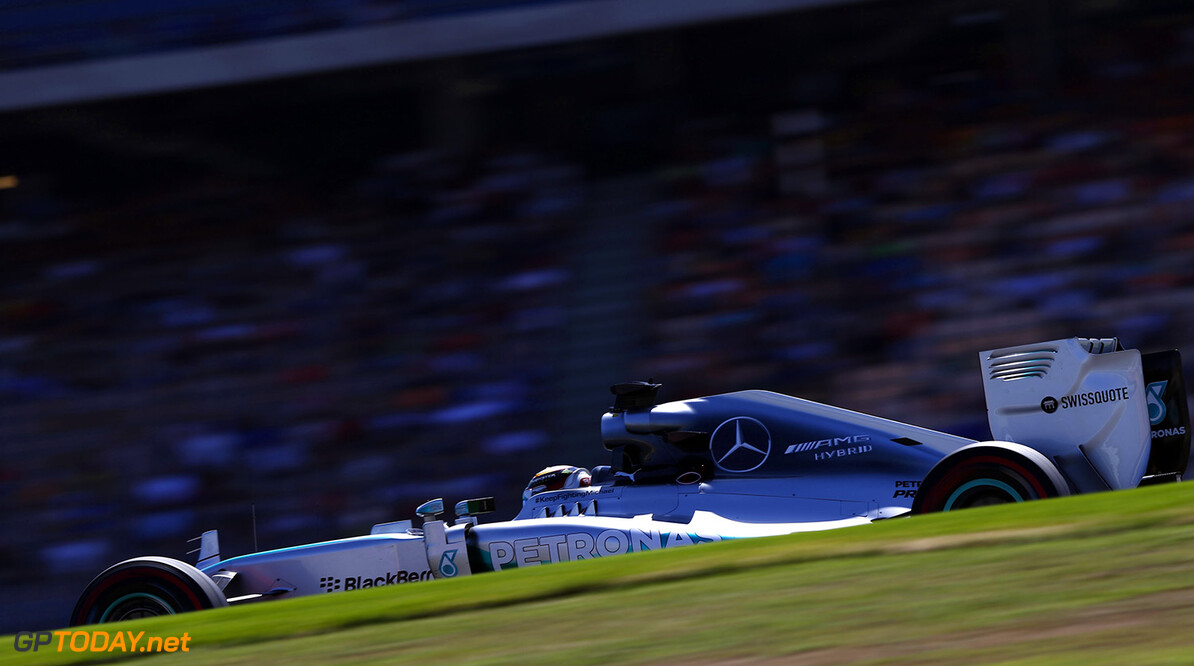 Lewis Hamilton: "The Italian Grand Prix is always a special one for me in terms of the memories I have there - going right back to my early career. The karting championships used to race in Italy quite often and it's also where I met Nico - so that's where our rivalry really began. Monza is such a historic circuit and to win there is a really special feeling. I had that experience in 2012 and I'd love to do it again in 2014. Last season we really struggled at this race - but we have a fantastic car this year and I'm confident we can make up for it this time around. One thing I always love about racing at Monza is the fans. They're just so passionate about motorsport and the buzz around the place is unbelievable - particularly on the podium. Hopefully we can reward them with some exciting racing. My aim for the weekend, of course, is to claw back the gap in the Drivers' Championship. It's as big as it's been all season so I've got a lot of work ahead of me - but anything can happen in this sport. I won't give up until the flag drops in Abu Dhabi and there's still plenty of points to be won before then, so it's far from over yet."

Nico Rosberg: "Monza is a circuit I really enjoy going to. Firstly, the history of the place is fantastic and then there's the fans - the Tifosi - who make an incredible atmosphere. I've not had much luck at this race in the past - 2011 in particular where I didn't even make it past the first corner! But this year things are different. We have a great car and with the Mercedes-Benz Hybrid Power Unit behind us I feel confident we can get a really great result. It's still all to play for in the Championship and with the double points race in Abu Dhabi anything can still happen. I'm focused on taking the maximum points possible in the remaining seven races and I know the team is too - starting with a top result this weekend."

Toto Wolff, Head of Mercedes-Benz Motorsport: "After a tough weekend in Belgium, our attention is now fully focused on the next race at Monza. We have a quick car but we have not delivered our full potential in recent races and that must be our target this weekend. It's no less than the people at Brackley, Brixworth and Stuttgart deserve, with everyone working flat out to ensure we finish the job this season. Of course, Spa was a reminder to us as a team that our competition are never far away and we must continue to tackle every weekend as if it could be the defining moment of our season. Monza is a fantastic venue - a legendary circuit with incredible fans and a truly great standing in motorsport history. When the Silver Arrows first took on the Italian Grand Prix back in the 1950s it could not have been a better story, with victories in both races. We approach this weekend with a repeat of that achievement firmly in our sights."

Paddy Lowe, Executive Director (Technical): "Despite the end result, it was encouraging to see the potential of our car in Belgium - both in wet and dry conditions as we saw during qualifying and the race respectively. Spa, of course, brings with it quite unique aerodynamic requirements - also a factor at Monza, which sees the lowest drag configuration of the year. We therefore approach this weekend very much in the hope of showing similar pace to that seen in Spa. Demands on the cars at Monza are numerous and significant - with long straights, tight chicanes and high kerbs making it particularly tough on engines, brakes and suspension. The drivers spend a large portion of the lap at full throttle and temperatures can often be relatively high, so there is plenty to manage in terms of both endurance and setup to maximise performance. It's a fantastic location for a Grand Prix. Weaving through parkland and with many elements of the original layout - including the spectacular high banking - still present as a reminder of the heritage and standing this place holds within world motorsport. The fans too are second to none in terms of their passion and enthusiasm - and that's what makes Formula One such a great sport. The combination of each of these aspects makes it all the more special and satisfying to win at Monza. It's a venue that has produced mixed results for both of our drivers in the past, with last year's race proving to be a tough test for the team as a whole. We fully intend to rectify that this time around."
F1 News Lewis Hamilton Nico Rosberg Mercedes
<< Previous article Next article >>
.