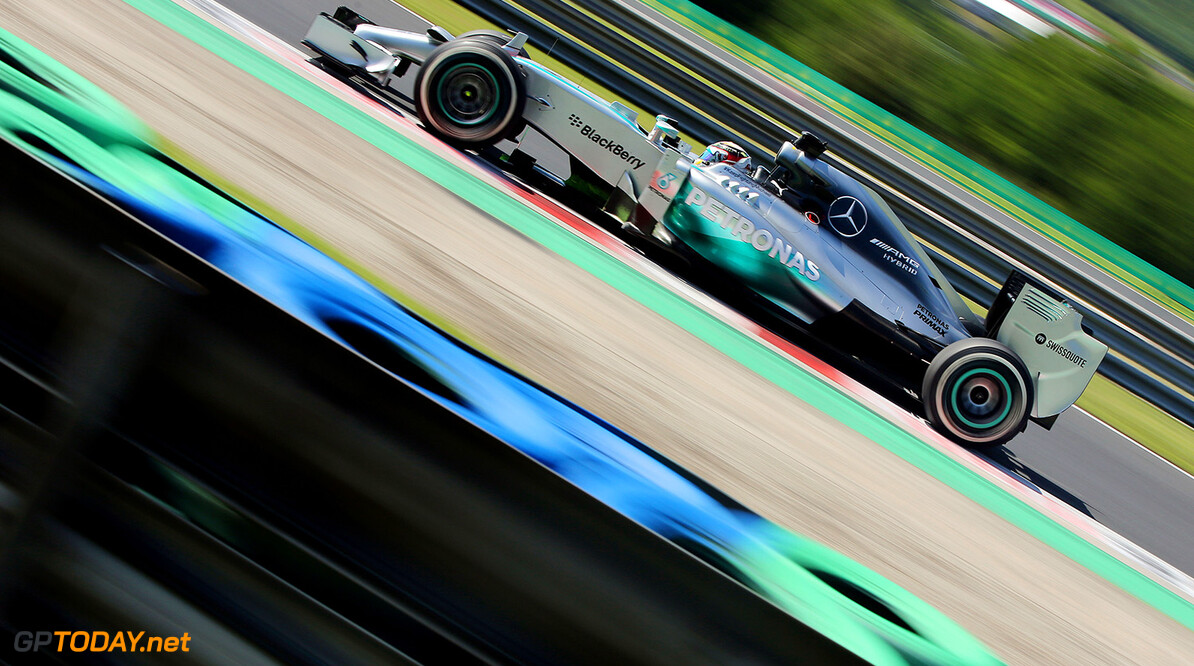 Lewis Hamilton: "The summer break was a good chance to relax and to reflect on what's been an incredible start to the year for us as a team. But personally, I can't wait to get back in the car and back into the battle for the Championship. I had some difficult weekends in the first part of the season, but then a bit of good fortune at the last race in Budapest kept me from damaging my car on the wall during that first lap, so hopefully that was a sign that my fortunes are changing at just the right time. There were so many positives to take from the opening eleven races, but both myself and the team always want more and know we are capable of more. The aim is to put the more difficult times of some of the previous weekends behind us and to recreate the best moments at every race from now on. I love driving at Spa, so there are few better places to start. I had good results there in 2008 and on my first visit to the circuit with this team last year, plus the win in 2010 of course. I haven't won there as many times as I'd like but that win was a really special one, so I really want to add to that and that's definitely the target this weekend."

Nico Rosberg: "It's good to be back after the break and to see everyone looking really refreshed and up for the fight in the remaining months of the season. The last race didn't turn out how I had hoped after taking pole in tricky conditions the day before, but I still managed to come away with my Championship lead intact and that's a good place to be heading into the next part of the year. Although we have had a great start with plenty of good results, that race showed that the other teams are never too far away. In Formula One you just can't afford to give away any advantage and I know that both the team and myself will be working harder than ever to keep improving and maintain our position right to the very end. On top of that, the battle with Lewis has been so close all season - and it could well stay that way right up to the final race - so every last point will be crucial in that contest too. Next up, of course, we have Belgium, which is definitely one of the most spectacular races of the year. The circuit is just unreal and it's one I think every driver looks forward to. My record there hasn't been as good as at some other circuits in the past, but I'm determined to change that and get the season kicked off again in style!"

Toto Wolff, Head of Mercedes-Benz Motorsport: "It has been good for the sport to take a break during these past two weeks after an intense start to the season. Aside from the demanding schedule which we encounter each and every year, the challenges of this new formula have placed an extra demand on all the people who have worked so hard to produce what is an almost entirely new car for these revolutionary regulations. The big positive from that, however, is that what we have already seen an impressive display in terms of both the technology underneath the drivers and some spectacular racing on track. Looking ahead to Spa, and also reflecting on our recent performances, it is clear that reliability must be a key focus for the team if we are to maintain the hard-earned advantage established in the opening stages of the year. We approach the remaining eight races with the firm target of making this next phase of the season even better than what we have achieved so far. Although the team has done a fantastic job, we are fully aware that this Championship is far from decided - as demonstrated clearly in Hungary by the performance of some of our competitors. As always, we are taking nothing for granted."

Paddy Lowe, Executive Director (Technical): "Spa is one of the truly great circuits in Formula One, with plenty of heritage and some fantastic racing on show throughout the many years of its presence on the calendar. Eau Rouge is, naturally, the highlight. It has always been a tricky challenge to master and is arguably the most symbolic corner of any racetrack we visit. Overall, Spa is a very fast, low downforce circuit, requiring the cars to run with a quite different configuration to that seen so far this season. It's also a very long lap which, combined with the variable weather conditions almost inevitably encountered in Belgium, can make for a tricky race. If rain begins to fall at the wrong moment, there is plenty of time for mistakes to be made before a driver can return to the pits for wet tyres. Again, the circuit presents quite a different challenge to those seen thus far this year, so we're looking forward to seeing how the F1 W05 Hybrid fares. We're certainly hoping for a strong performance and, if we can get the setup right and manage the weather conditions correctly, we can be optimistic of a good result. Having said that, we are under no illusions that a number of other cars will also come to the fore here. Our priority as a team is to re-establish a trouble-free weekend, which is something we unfortunately haven't seen for a few races. But we are now just over halfway through the season and, with everyone having had a chance to recharge the batteries during the summer break, we head to Spa refreshed and fully focused on making the most of the remaining eight races."
F1 News Lewis Hamilton Nico Rosberg Mercedes
.