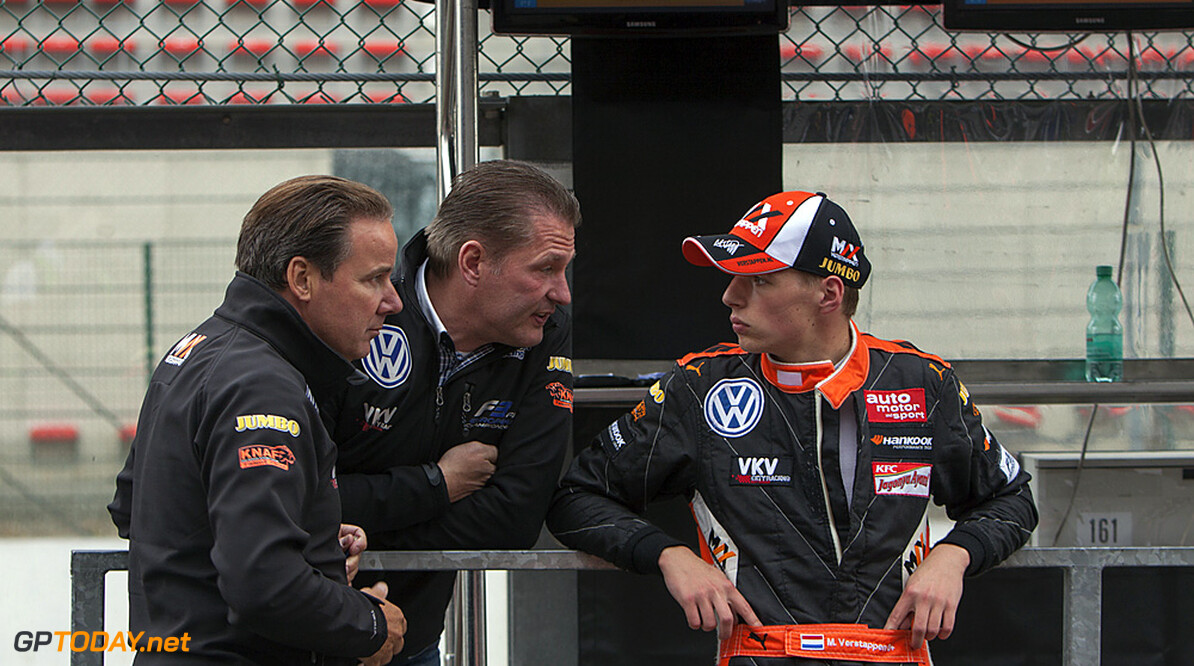 Red Bull may not be giving up on hot talent Max Verstappen. The talented 16-year-old son of former F1 driver Jos Verstappen, in the midst of a meteoric switch from karting to junior single seaters, recently visited the paddock on the invitation of several Formula One teams.

Father and son sat down with the boss of Red Bull's prolific driver development programme, Dr Helmut Marko, but reportedly ultimately decided to sign with Mercedes.

Italy's Autosprint said recently that Verstappen jr hopes to make the move to GP2 for 2015, but in the meantime could shortly make his F1 test debut.

However, Italiaracing reports that the story of Verstappen's dramatic arrival on the Formula One radar may have taken a sharp twist at the weekend.

As the Red Bull Ring hosted the latest F3 round, the Verstappens apparently had a "long meeting" with Marko.

Marko has reportedly promised Max, who will be a mere 17 at the time of the 2015 season opener, his F1 race debut in a Toro Rosso next year.

Verstappen would most likely take the seat currently occupied by Jean-Eric Vergne, who has been at Toro Rosso for three years but is being overshadowed in 2014 by the 20-year-old rookie Daniil Kvyat.

It was believed Vergne's seat would be filled for 2015 by another Red Bull-backed hotshoe, Carlos Sainz jr.

As the 'silly season' shapes up, however, there are other possibilities. Perhaps Verstappen and Sainz will be paired at Toro Rosso, while Russian Kvyat moves to Red Bull Racing.

"Daniil has been sensational so far," Red Bull team boss Christian Horner is quoted by the Spanish sports daily AS.

Mercedes also wants Verstappen
The other big rival of Red Bull, Mercedes, has better papers for signing the young Verstappen according to our sources from England. The Dutchman would be the first driver in their young driver program and is believed to drive GP2 or World Series 3.5 next year.

Other rumours are saying he would get some outings in a 2012 Formula 1 car from Mercedes already this year, to prepare for a possible official Formula 1 test debut in Abu Dhabi at the end of the season.
F1 News Max Verstappen Daniil Kvyat Carlos Sainz Jr Mercedes Red Bull Racing
<< Previous article Next article >>
.