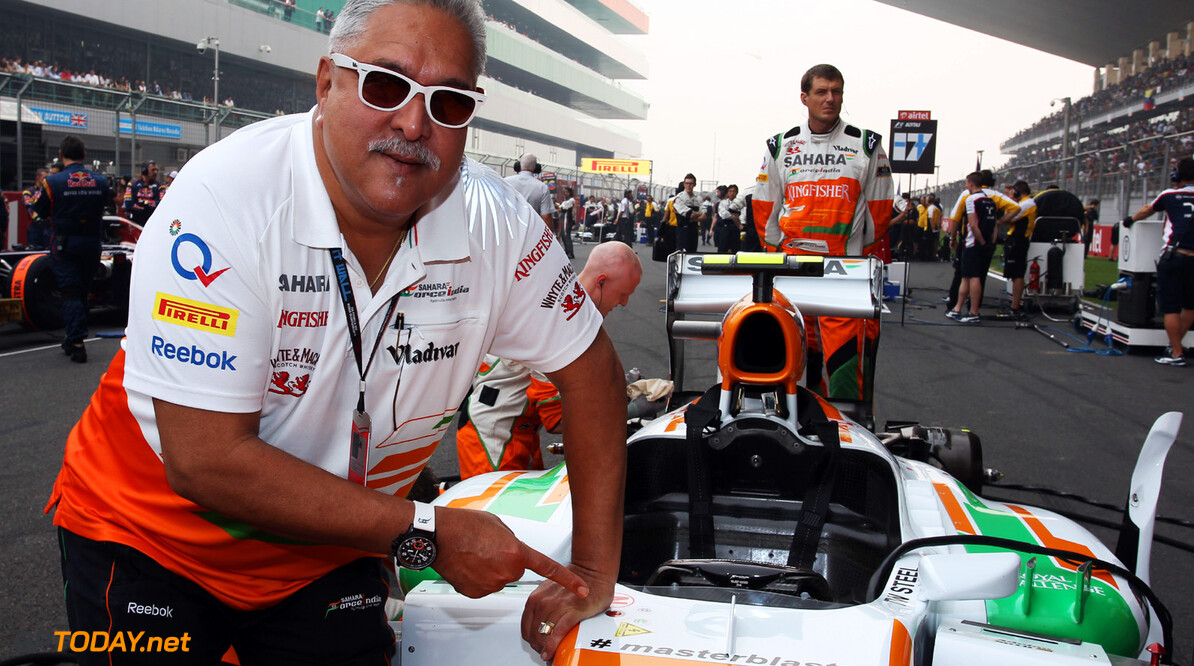 Mallya granted bail after appearing in court in India

Although the meeting was ultimately cancelled, it was expected that one of the touted 'popularity working group' protagonists would be Vijay Mallya. The Indian, reportedly now a former billionaire, has had a troubled time recently as his airline Kingfisher stalled, forcing him to dip into his main source of wealth, his United Spirits drinks empire.

Although he apparently put up his hand to sit on F1's new 'popularity' panel, ultimately it was his Force India deputy Bob Fernley who was drafted in for the (cancelled) meeting on Thursday. That is because Mallya was in his native India, respecting a summons to personally appear in court for a criminal case about Kingfisher's non-payment of taxes.

Indian media report that flamboyant Mallya, dressed all in white including his shoes, was granted bail. Elsewhere in the country, the boss of Force India's co-owner and title sponsor Sahara is also spending his time applying for bail. Fellow Indian tycoon Subrata Roy currently sits in Delhi's Tihar jail for failing to pay billions in refunds to investors.

Reports say Roy's bail is set so high that the 66-year-old is set to be granted a conference room and internet connection so that he can negotiate the sale of assets including the Plaza Hotel in New York, and London's Grosvenor House. On track, things are going much more smoothly for Roy and Mallya's F1 team.

Mercedes powered Force India is currently fifth in the constructors' championship at mid-season, behind Williams but in front of F1's other Mercedes customer, the British grandee McLaren. "Yes, it was pretty cool in those last couple of months to see some of the historically big players behind us," Mallya told the sport's official website this week. (GMM)
F1 News Williams McLaren Force India Mercedes
.