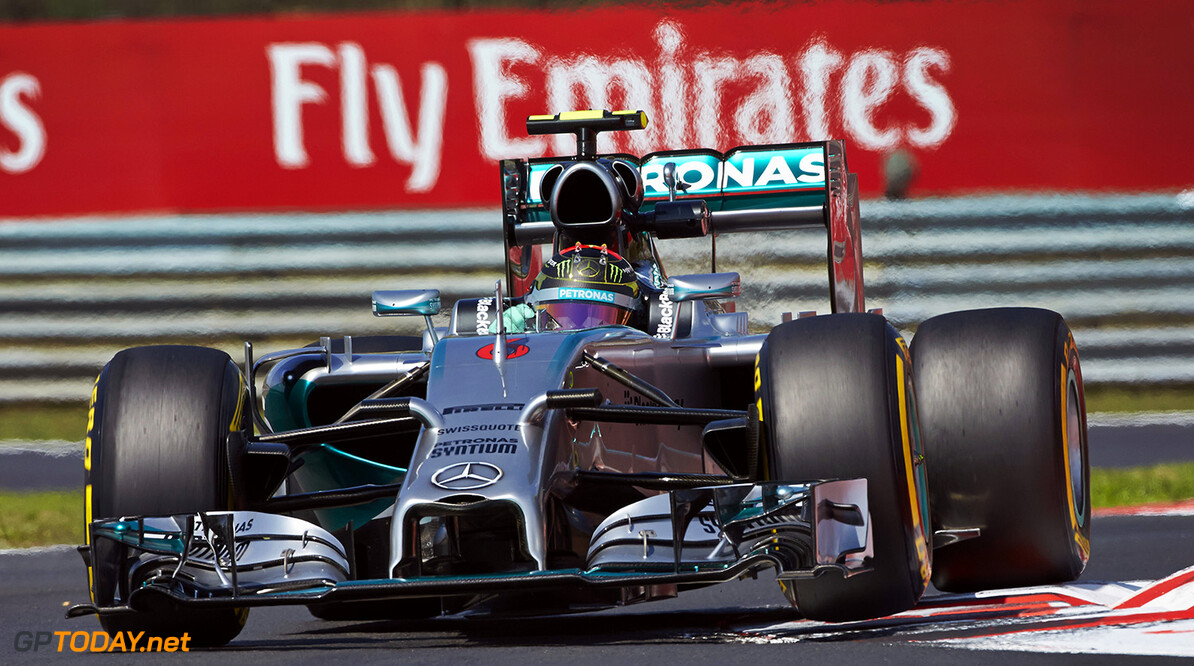 Mercedes has moved to put the intensifying battle between Lewis Hamilton and Nico Rosberg behind closed doors. "Corporate answer," boss Toto Wolff smiled late on Sunday, when the extent of the potential controversy triggered by the Hungarian grand prix became clear.

In the race, after technical failures blighted his last two qualifying outings as he chases down teammate and enemy Rosberg's points lead, Briton Hamilton was asked repeatedly to let the sister silver car past. Predictably, team chairman Niki Lauda dismissed as "bullsh*t" any conspiracy theory about Mercedes wanting its German driver to prevail in 2014 over a Briton.

Indeed, the much more sensible reasoning for Sunday's team order was that Mercedes had devised on the fly a new race-winning strategy for pole-sitter Rosberg, after the timing of the safety car period left him trailing Hamilton, who started the race from pitlane. Even Wolff had to admit that, had Hamilton obeyed the order, "Nico could have won the race. It is a difficult situation now," he added.

The team finds itself on a delicate line between letting its drivers fight freely for the drivers' title, and handling situations like Sunday, where two non-Mercedes cars eventually crossed the chequered flag first and second. Hamilton's defiance probably cost Mercedes victory in Hungary, but it did help him narrow the points gap to Rosberg with eight races now to run.

2008 world champion Hamilton said immediately after getting out of his W05 on Sunday that he thinks his bosses issued the team order "for the right reasons". But the wheel-to-wheel title battle is something different. "I was in the same race as him," he said, "so I was very, very shocked that the team would ask me to do that, to be able to better his position. So that was a bit strange."

Hamilton revealed on Sunday that, after his qualifying fire, he had lifted his spirits by sharing a pizza, some chocolate and "a prank" with Lauda. Lauda said Hamilton was right to ignore the team order. "I would have done exactly the same," said the great Austrian. "The team was under enormous stress because the race was a very difficult one, there is no question. The call was unnecessary but it was made."

Even Wolff admits that Mercedes will need to use the three-weekend 'summer break', including a two week factory shutdown, to devise a better strategy for dealing with the intensifying championship battle between the two drivers. "What we had at the beginning of the season doesn't function anymore," he acknowledged. "Perhaps we need to have a new way. It's getting intense and we need to sit down and discuss how to handle things." (GMM)
F1 News Lewis Hamilton Nico Rosberg Mercedes
.