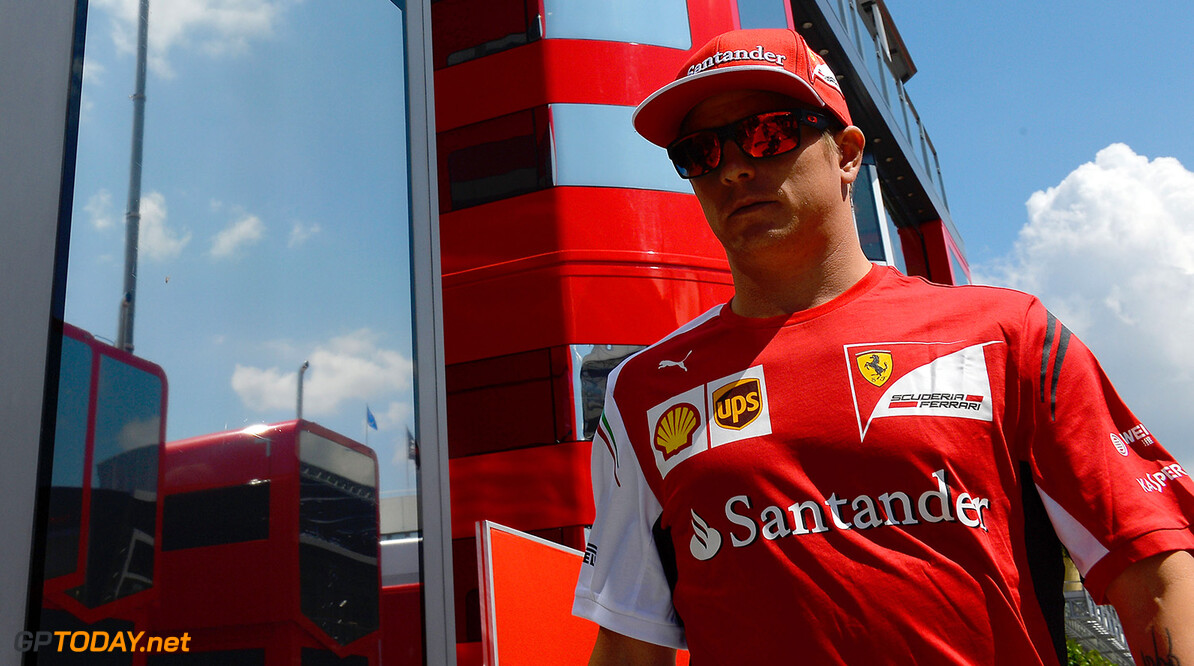 Kimi Raikkonen was looking ahead to 2015 rather than seeing Sunday's Hungarian grand prix as the start of an immediate Ferrari revival. After an uncompetitive first half of 2014, the Finn finished a solid sixth in Hungary -- his best result of the season.

And Raikkonen's teammate Fernando Alonso was in the running for the race win until the dying moments, when he was passed by winner Daniel Ricciardo. F1 now breaks for three full weekends before hostilities resume in Belgium late next month.

But the Finnish media quoted Raikkonen as saying: "I don't see things changing much in three or four weeks. Next year things will get better. I am pleased with today, but on the whole I am very disappointed with the way things have gone. We need to make sure we don't make the same mistakes. I trust Ferrari and I know they are working hard, so that's why I am confident about next year. Then we should be able to fight for race wins again," he added.

Team boss Marco Mattiacci was also playing down the significance of Hungary, even though he admitted it was a much-needed morale boost for the Maranello camp. "I think we should be careful to judge what has happened over this weekend," he is quoted by the Spanish daily AS. "We must remember that we still have a huge amount of work to do. We know the strong and the weak points of the car and a weekend with a podium is not going to change that. We have to change the car 180 degrees."

Mattiacci, however, has no doubts about at least one component of the current Ferrari package. "Without doubt, he (Alonso) is the best driver on the grid," he said. And Sunday's result also cooled the hostility between Ferrari and Mercedes' Niki Lauda, after the great Austrian last week called the red 2014 car "sh*t". "Ferrari was today better than Mercedes, so everything is calm again," Lauda smiled. (GMM)
F1 News Fernando Alonso Daniel Ricciardo Ferrari Mercedes
<< Previous article Next article >>
.