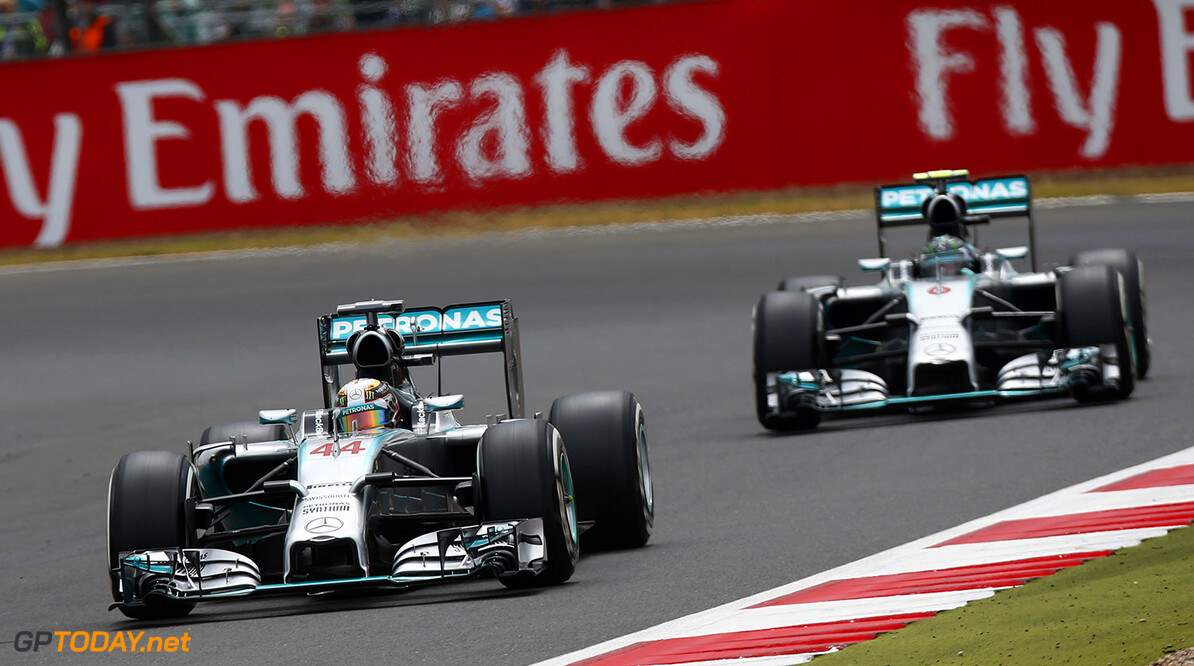 Niki Lauda insists Mercedes' two drivers will continue to enjoy a free run to the 2014 title. Amid Lewis Hamilton and Nico Rosberg's ever-intensifying clash for the world championship, boss Toto Wolff warned recently that "transparency" within the Brackley based team was beginning to suffer. "It's getting very competitive," he said. "Transparency is suffering a little bit and we need to make sure that this is not detrimental to the team."

Some interpreted that as a hint that an easing of the rivalry, for example through the imposition of team orders, might soon be put into place. But team chairman Lauda is adamant: "The fight was always free between the both of them and it will stay like that. I've been asked this question 40,000 times," the great Austrian is quoted by Brazil's Totalrace, "and nothing has changed. If we were to interfere, we could have done it from the beginning of the championship. But we did not."

In the Hamilton versus Rosberg battle, the momentum had swung back in favour of the German driver, but Briton Hamilton closed the gap to a mere 4 points with victory at Silverstone. "We are back to where we were after Monaco," said Lauda. "The fight will continue at full steam. We now go to Hockenheim, it may not be good for my heart, but it's fun," he laughed. (GMM)
F1 News Lewis Hamilton Nico Rosberg Mercedes
.