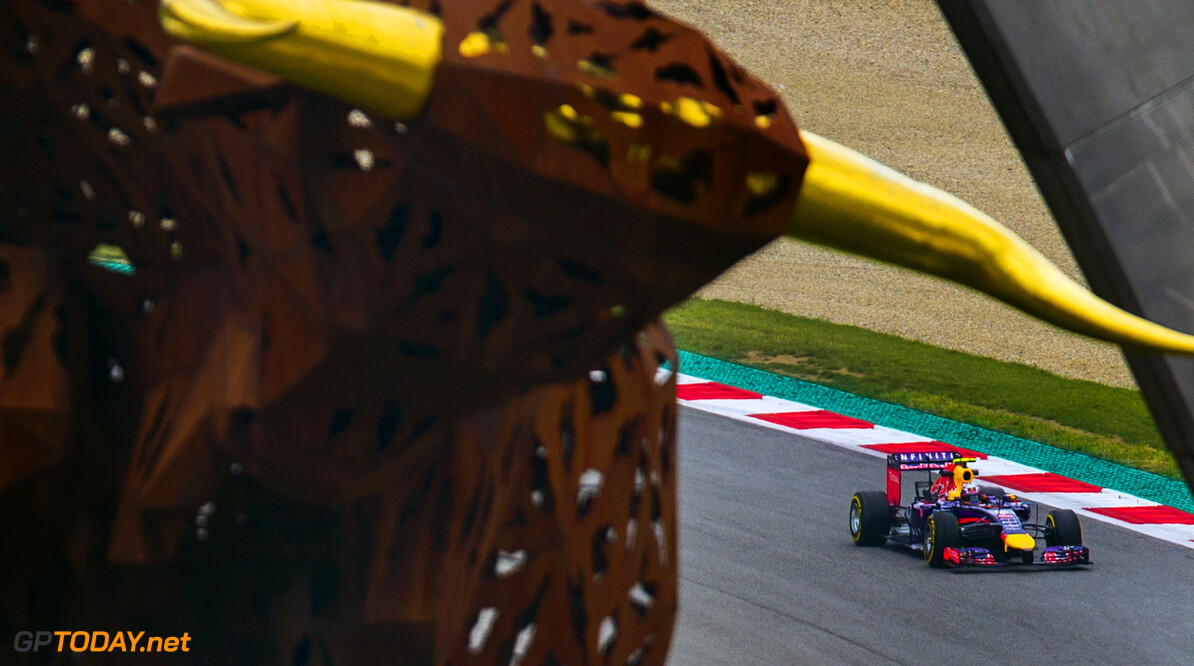 Even amid the denials, the story suggesting Red Bull is considering designing its own formula one engine will not go away. All year - ever since it became clear the reigning world champions would struggle to win the first title of the all-new turbo V6 era - Red Bull has been pointing a steady finger of blame at its 'power unit' supplier, Renault. In the past weeks and days, the speculation has reached fever pitch.

The rumours were pushed along in Austria last weekend by Dr Helmut Marko, who appeared to confirm reports Red Bull is thinking about making its own bespoke engine. "The world champions desperately need what it otherwise promises: energy," German newspaper Stuttgarter Zeitung, referring to the fact Red Bull is an energy drink company, said after the team's poor performance at its home grand prix last weekend.

However, with the 'Red Bull engine' reports soaring, team boss Christian Horner and team owner Dietrich Mateschitz issued clear denials -- along the lines that 'Red Bull does not want to become an engine manufacturer'. But perhaps there is more to it than that.

Renault - also supplying Lotus, Toro Rosso and Caterham - revealed recently that some of its F1 customers are not paying their engine bills on time. And the latest rumour is that Lotus, who have struggled even more than Red Bull with the troubled Renault engine, is considering a switch to field-leading Mercedes for 2015. "Apparently the only thing missing is a bank guarantee," said the German magazine Sport Bild.

There were whispers in the Red Bull Ring paddock last weekend that Renault's F1 facility based at Viry-Chattilon, in the southern suburbs of Paris, is for sale. So rather than 'become an engine manufacturer', perhaps Red Bull is simply a potential buyer. "We have no desire to be an engine manufacturer," Horner is quoted by Spain's El Confidencial. "But we do want to work with a strong partner, be competitive and run at the front."

Red Bull, and its second team Toro Rosso, have played an active role - also financially - in solving Renault's deep pre-season crisis this year. According to Sport Bild, Red Bull does not want to be an engine manufacturer, but it does want to be "independent" as it tracks further success in F1. Gerhard Berger, famously close to Red Bull and Mateschitz, is quoted as saying: "As a chassis manufacturer, Red Bull gets delivered an engine as it is. Just as an engine manufacturer has to make do when a team builds a bad chassis."

The solution, then, could be simple: Red Bull buys Viry-Chattilon and therefore takes control of an existing F1 engine supplier's personnel, decision-making and budget. One key personnel change could be Mario Illien, the founder of Mercedes' F1 engine facility in Brixworth, UK. That could tie in with Red Bull's newly-announced 'Advanced Technologies Centre', to be headed by Adrian Newey. Marko said: "The contact between Adrian and Mario is still very good."

A good example of the need for Red Bull to think again about its approach to the new 'power unit' era in F1 is McLaren. The famous British team is struggling this year despite using the field-leading Mercedes engine -- as a mere customer. But next year, works Honda engines will power the McLaren cars.

"Having a works engine allows you to play with much more channels and possibilities than if you have a customer engine," team boss Eric Boullier told reporters this week. "If you take the example of Mercedes and Red Bull, we all know Red Bull's chassis is very good and maybe slightly better than the Mercedes one, but the big the difference is the Renault engine, which is not a works engine," he said. (GMM)
F1 News Lotus F1 Mercedes McLaren Renault Honda
<< Previous article Next article >>
.