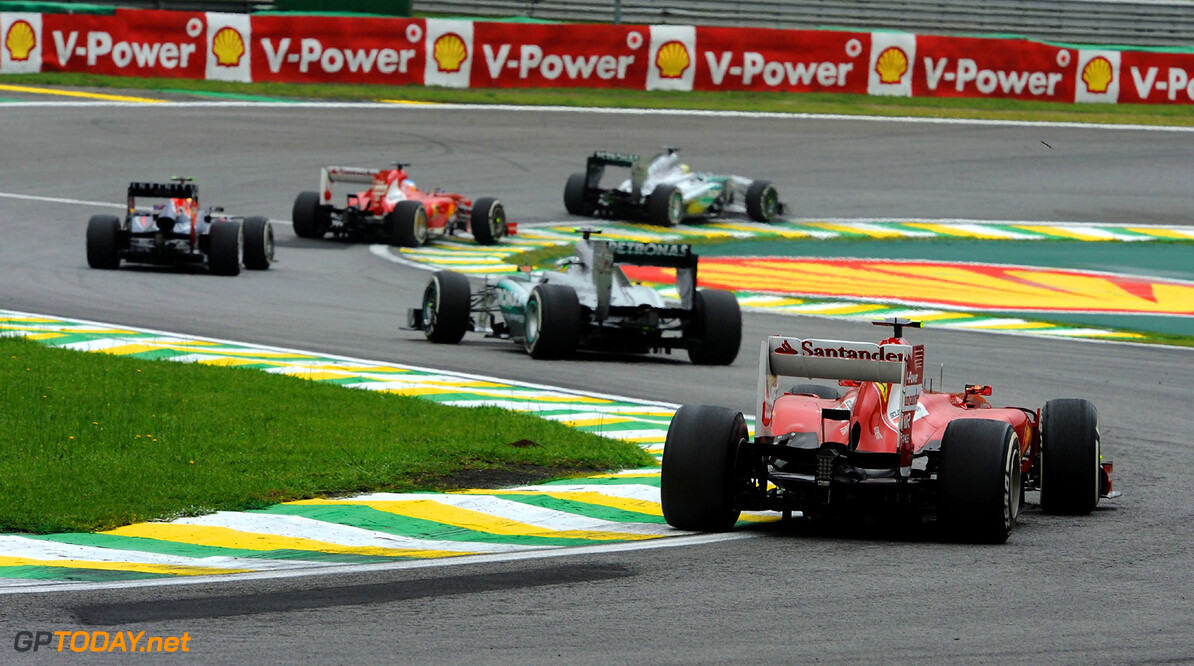 F1 says no to higher minimum weight and mandatory pitstops

Formula one teams this week blocked moves to raise the minimum weight limit for 2014. Drivers like Daniel Ricciardo are hurriedly trimming muscle ahead of the next world championship, as the new turbo V6 and ERS regulations add crucial weight to the single seaters.

A proposal to simply lift the mandatory weight limit further was discussed at the strategy group and F1 Commission meeting in Paris on Monday, but rejected, according to the BBC. Because the proposal was to raise the limit for 2014, it needed an unanimous vote, but correspondent Andrew Benson said Ferrari, Mercedes and Lotus all declined.

"It would be unfair to change something in the rules this late," Mexican driver Sergio Perez is quoted this week by Brazil's Totalrace. "If something could be changed, it would be the weight limit. But even that would be unfair, and some teams are against it because they have worked well and have been able to make a car lighter than the others," he added.

The BBC report also said the teams on Monday voted down a proposal to force drivers to make a minimum of two pitstops per race in 2014. Pirelli reportedly pushed for the rule after its calamitous and image-damaging 2013 season, where in trying to build aggressively-degrading tyres, the quality and safety of its products was called into doubt.

But despite Pirelli's problems this year, Bernie Ecclestone insists the Italian marque has done a good job. "Pirelli did a wonderful job for us," he wrote in the foreword to the official formula one season review. "I told them we don't want tyres that last the race, we want tyres that nobody knows how they are going to last. We've got that too with the new engines next year," the F1 chief executive added. (GMM)
F1 News Daniel Ricciardo Sergio Perez Pirelli Mercedes Lotus F1 Ferrari
<< Previous article Next article >>
.