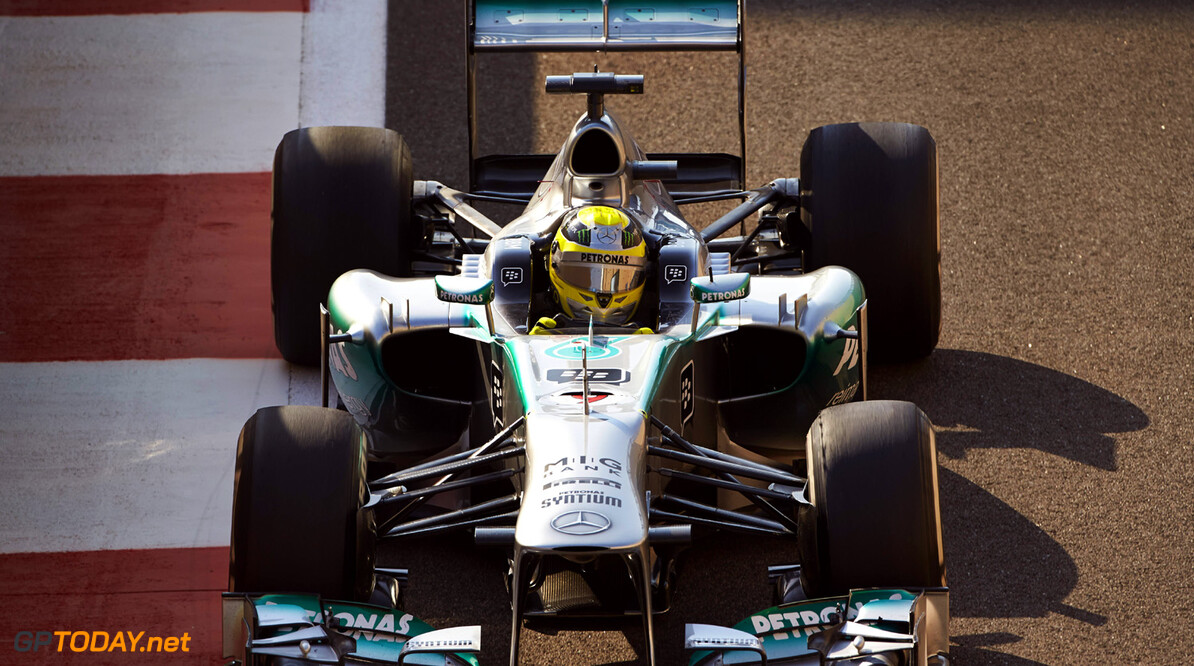 Nico Rosberg thinks he is rounding out his first F1 season with Lewis Hamilton as his teammate "about equal" with the 2008 world champion. German Rosberg is widely regarded as having beaten the seven time world champion and F1 legend Michael Schumacher, when they were paired together at Mercedes between 2010 and last year.

But some wonder if Schumacher, now into his forties, was still riding the same kind of speed and form as in the prime of his ultra-successful days at Benetton and Ferrari. 2013, when he would be paired with the highly-rated Briton Hamilton, might be the real test of Rosberg's talent. So, with two races to go this season, Nico Rosberg has won twice - at Monaco and Silverstone - compared with Hamilton's sole victory in Hungary.

But Hamilton is slightly higher in the drivers' points standings. "Quite often I've been ahead of him," Rosberg told Germany's Sport Bild this week, "but I've had more technical problems. Lewis' season has gone quite smoothly, so I'm a bit behind him on the points. If we talk about pure speed, we are about equal. It's great, because it's for duels like this that I came into formula one -- I am constantly looking for ways to get ahead of my teammate. I can assure you that Lewis is incredibly fast," he added.

This week, it emerged that Schumacher was contacted by Lotus as a potential candidate for the last two races, due to Kimi Raikkonen's back surgery. Sabine Kehm, the retired 44-year-old's manager, credited Rosberg and Hamilton for the latest wave of respect for the great Schumacher. "Many people have changed their assessment about Michael because of Nico Rosberg's recent performances compared to those of Lewis Hamilton," she said. "Michael drove as well as Nico, just as Nico is driving as well as Lewis," Kehm told Bild newspaper. (GMM)
F1 News Lewis Hamilton Nico Rosberg Mercedes Lotus F1 Ferrari
<< Previous article Next article >>
.