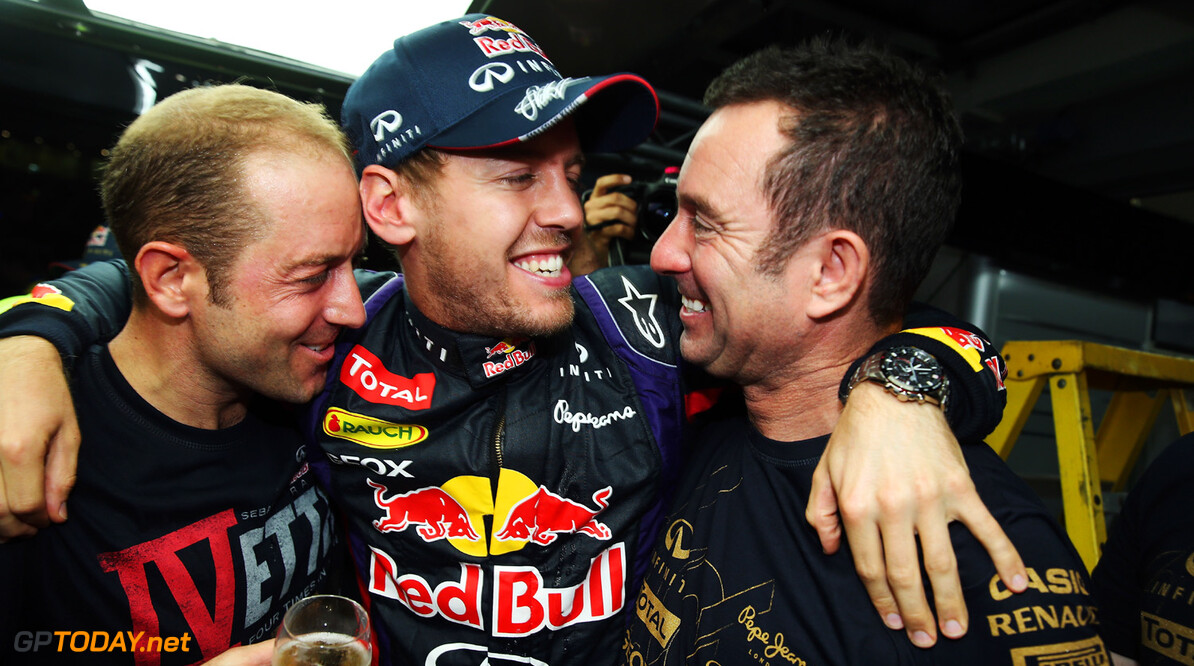 Red Bull Racing keeping foot on the throttle in 2013

A fourth title is already in his pocket, but Sebastian Vettel is not ready to lift the throttle in 2013. That is the claim of Red Bull's Christian Horner, who said the German driver and the Austrian team is targeting victory at the final three races in Abu Dhabi, Texas and Brazil. "It's like three FA Cup finals," he said. "We want to win every race."

A win under the floodlights at spectacular Yas Marina this weekend will see Vettel match a record set by Michael Schumacher at the height of Ferrari's dominant 'noughties' era. Only Alberto Ascari, with 9 wins on the trot, has won more consecutive races than Schumacher (7) and - if he triumphs in Abu Dhabi - fellow German Vettel.
More about Ferrari


"I have never worked with Sebastian," Schumacher told Sport Bild this week, "but we are very similar in our approach and our attitude. It may be that he copied some aspects from me, but he has been on his own level for a long time now," the seven time world champion added.

"Records are made to be broken," said Schumacher. "That's what sport is about. So why should it be any different for mine? I think it's great that someone that I know so well for many years, and who I like, is the one who can do it. To that extent I am very relaxed," he insisted.

Former F1 driver Mika Salo, who in 1999 subbed at Ferrari for an injured Schumacher, thinks Vettel may now be racing past the legendary German. "Vettel's superiority at the moment is completely incomprehensible," the Finn told the broadcaster MTV3. "In fact, I don't remember seeing something like it in F1. Schumacher won a lot of races by being a smart and ruthless driver, but Vettel is winning now just with brute speed," added Salo. (GMM)
F1 News Sebastian Vettel Ferrari
<< Previous article Next article >>
.