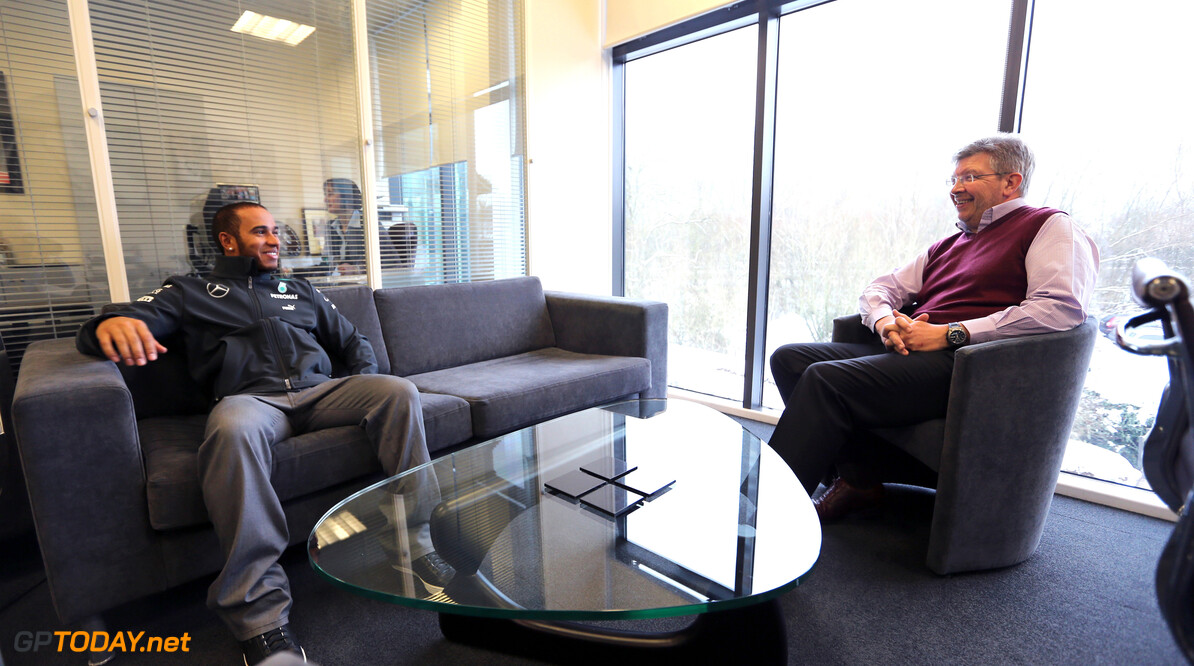 Hamilton and Rosberg want Brawn to stay as team boss

Mercedes' F1 drivers on Thursday threw their weight behind Ross Brawn, amid rumours their boss is considering stepping down or even switching teams. "He's a great boss," Lewis Hamilton said at Suzuka, after it emerged Brawn is in talks with team chairman Niki Lauda about the 58-year-old Briton's future.

Brawn is being linked with former employer Honda's 2015 foray with McLaren, although he has denied he has made any decisions yet. "I don't know what his plans are for the future," Hamilton told reporters, "but I'd like him to stay."

The 2008 world champion said his talks with Brawn were central to his decision to leave McLaren at the end of last year. "We had some really good conversations when we sat together before I made my decision," said Hamilton. "He took me through where the team was going and was very influential in bringing me to the team."

Nico Rosberg also said he wants Brawn to stay, even if he expressed "confidence" in Mercedes' ongoing leadership "whatever his decision is". But "It would be great if he stays because I get on well with him and I think he's a great team principal," said the German. (GMM)
F1 News Lewis Hamilton Nico Rosberg McLaren Mercedes Honda
<< Previous article Next article >>
.