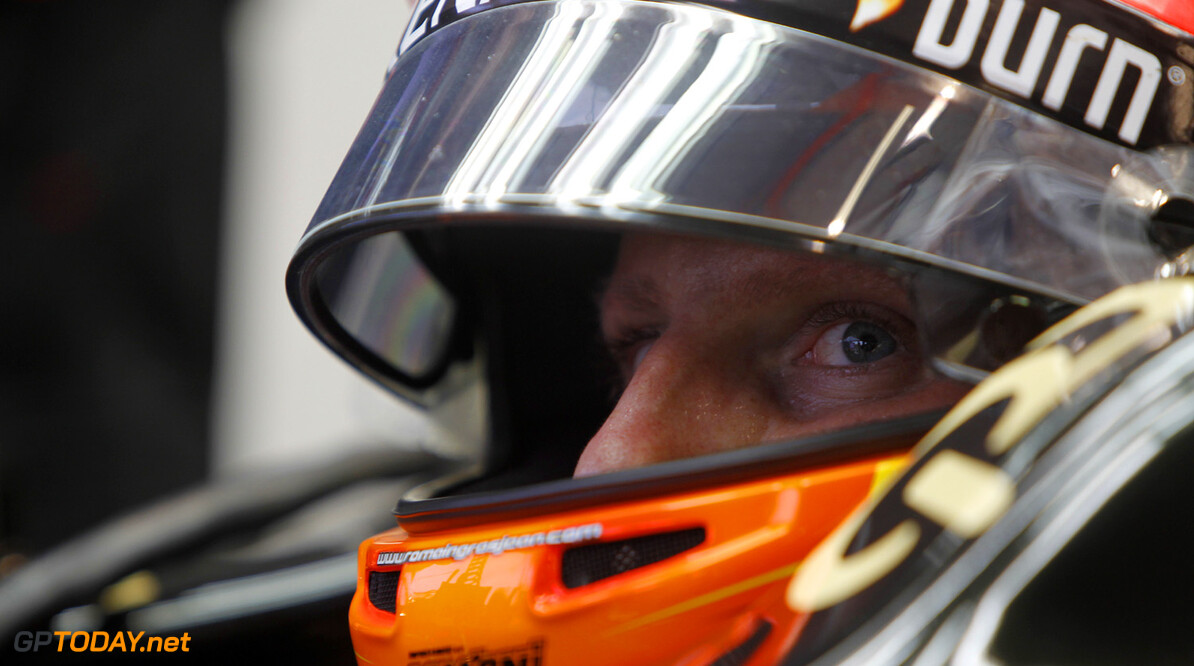 Romain Grosjean will almost certainly keep his place at Lotus beyond this season. The Frenchman, however, had to be reminded to show his always-present smile on the podium in Korea, after a team orders dispute with his bosses. Grosjean, who has struggled at times in the last two seasons, had outclassed his highly-rated teammate Kimi Raikkonen in Korea, and was set to finish second behind Sebastian Vettel.

But he made a mistake at the safety car restart, handing second place to the Ferrari-bound Finn. Team boss Eric Boullier revealed Grosjean "begged for some team orders" to be handed the place back, but was not given the answer he was hoping for. However, although it was Raikkonen who ultimately delivered the higher finishing place, Boullier told France's RMC: "I want to especially acknowledge Romain, who did an outstanding weekend."

Despite Sunday's events, he insisted Raikkonen is not receiving preferential treatment, even though the Finn is mathematically still in the hunt for the drivers' title. "There is no number 1 and number 2," Boullier said. "Romain is free to race."

Told that Grosjean appears to have calmed down in recent months and is on a run of good form, Boullier agreed: "He is very serene. It has been six races in a row now that he is on the same level as his teammate, so he really is there," said the Frenchman, who also doubles as Grosjean's manager.

Asked if Grosjean still needs to prove himself in order to secure his seat for 2014, Boullier answered: "Obviously, if he continues like this, there is nothing (for him to prove). I think he will have even more than next year (in F1)," he added. (GMM)
F1 News Romain Grosjean Sebastian Vettel Ferrari Lotus F1
.