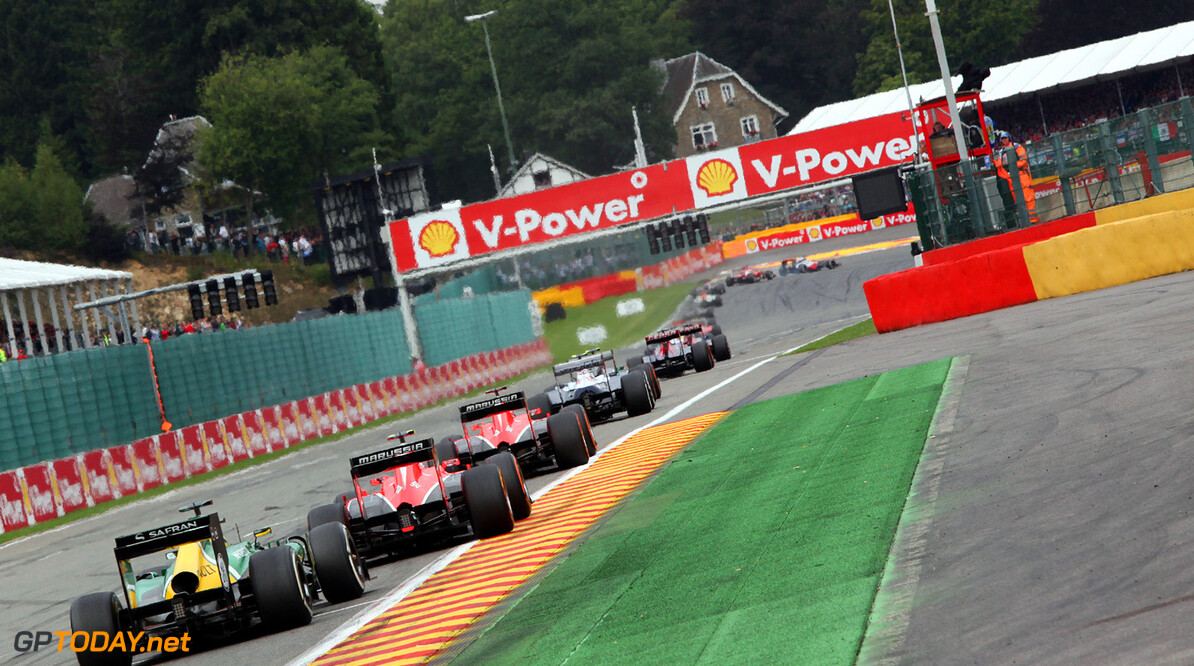 Two or three vulnerable teams at the moment - Ecclestone

'Two or three' teams are facing financial strife, F1 chief executive Bernie Ecclestone has admitted. Told by veteran Swiss correspondent Roger Benoit that 'half the field' is struggling to survive amid the economic crisis and spiralling costs, Ecclestone answered: "That's not quite right. "We are talking about two vulnerable teams at the moment," the 82-year-old told Blick newspaper. "Perhaps there's a third with a question mark," added Ecclestone.

Asked, however, if he is confident the 'vulnerable' teams will be on the 2014 grid, the Briton insisted: "If you had asked me a year ago, the answer would be no. But now, suddenly, most of the teams find money somehow from somewhere. I don't know how they do that," added Ecclestone. He would not name the 'vulnerable' teams, or even admit that the one at the top of the list is surely Sauber. "We've known each other long enough that you know I have nothing to say!" Ecclestone told Benoit.

He ruled out intervening with personal loans, after admitting to the New York Times at the weekend that Sir Frank Williams regularly used to borrow money. "I'm not allowed to do that anymore," said Ecclestone. "We have an agreement with the teams that it would be unfair to the others. They're the ones who wanted it (the agreement)!" he told Blick.

Ecclestone has, however, reached new financial deals with the big teams that give them more income than their smaller, struggling rivals. Surely that's not fair? "It's because the big teams have promised that they are staying until 2020 -- they've given us a bank guarantee," Ecclestone revealed. "The distribution was always the same -- the only difference these days is that we distribute a lot more money," he told Germany's Auto Motor und Sport.

Meanwhile, Ecclestone insisted he is sleeping well despite the fact prosecutors in Munich are considering sending him to trial over bribery. He rejects their main argument. "First, I had no shares to sell, so I had no personal interest," said Ecclestone. "My job was not in danger -- no matter who the shares were sold to, the FIA had to agree. But the FIA wanted to ensure that I still ran the business; because they're familiar with me and know how I work," he insisted. (GMM)
F1 News Williams Sauber
.