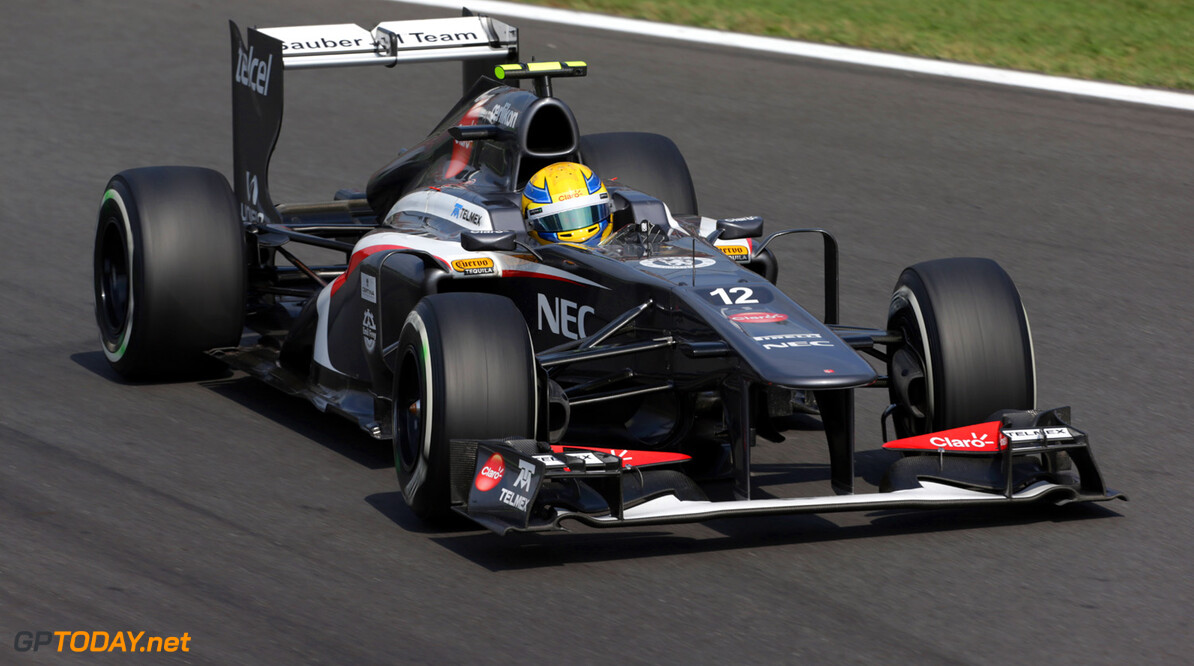 After a dazzling weekend in Monza the Sauber F1 Team heads to one of the most special races on the calendar, the 2013 Singapore Grand Prix, which is taking place from 20th to 22nd of September. Both Sauber F1 Team drivers, Nico Hülkenberg and Esteban Gutiérrez, will head to this mega city well in advance to adapt to the challenging conditions. With the track having completely different downforce characteristics compared to Monza, the car will return to the highest downforce level. The team will bring further updates to Singapore to continue the momentum gained in Monza and fight for championship points.

Ahead of the Singapore GP Sauber F1 Team driver Esteban Gutiérrez will join Official Partner Chelsea Football Club for 'Dribble and Race' on Wednesday. This cross-sport event, in cooperation with the Chelsea FC Soccer School Singapore and 'F1 in Schools', combines the exhilaration of soccer and intensity of racing. Children aged 11-14-years-old will build and race their very own balsa wood model cars alongside Esteban and participate in a kickabout with the coaches from the Chelsea FC Soccer School.

Nico Hülkenberg (car number 11): "The Singapore Grand Prix is one of the toughest races of the year, with the high temperatures, humidity and the race almost always reaching the two-hour mark. It's a challenging circuit with a lot of corners. I particularly like sector one and the first bit of sector two. Because it's a night race, we stay on European time for the whole weekend, so it's important to get into the right rhythm with your sleep from the beginning. Being in the paddock when it's dark is something quite special. It's the only total night race on the calendar and racing in a mega city like Singapore is unique. It's a huge hub in many respects, financially and also with the airport being such a vital link between Asia and the rest of the world. To have a track like that is pretty spectacular. A mega event this large needs a lot of logistics, effort from the organisers and everybody involved to make this happen."

Esteban Gutiérrez (car number 12): "The Singapore Grand Prix is a unique event. The atmosphere and excitement is special, because it's a night race, it's right in the middle of the city and the crowd is great. Singapore is a tough circuit in terms of how it affects the driver physically. The humidity is very high, so there is less oxygen in the air, and that's challenging. However, I'm quite used to racing in hot conditions, especially at the beginning of my career competing in Mexico at 45 degrees, but the difference in Singapore is the humidity. It impacts on concentration, so that means preparation is very important. There is nothing that you can do or train specifically for that, but I tend to arrive early to get used to the conditions. I like the track, it has a lot of corners and it's quite long, which makes it fun. My favourite part used to be the Singapore Sling, a left-right-left combination, but that has been changed to a long medium-speed corner for this year."

Tom McCullough, Head of Track Engineering: "Singapore requires a totally different set-up philosophy compared to Monza. The circuit efficiency sees a return to our maximum downforce level similar to Monaco. The track is dominated by tight, low-speed corners and this is the area that the mechanical and aero set-up is optimised around. Like Monza, the track is pretty bumpy in some areas, so placing an importance on ride quality. The stop-start nature of the circuit gives the brakes a hard time as there are not many opportunities per lap for them to cool down. It is imperative to qualify strongly on Saturday evening, as overtaking on this track is difficult. The race tends to cross the two-hour mark and there is a high chance of a safety car at any time, which means this will keep the strategy engineers attention throughout the whole race. The ambient conditions make it tough for the drivers and crew throughout the weekend. As in previous years, Pirelli has selected the supersoft compound as the option tyre, but the prime will be the medium compound, unlike last year when it was the soft compound. We will bring a further update package to Singapore that should help us to continue fighting for championship points."
F1 News Nico Hülkenberg Pirelli Sauber
.