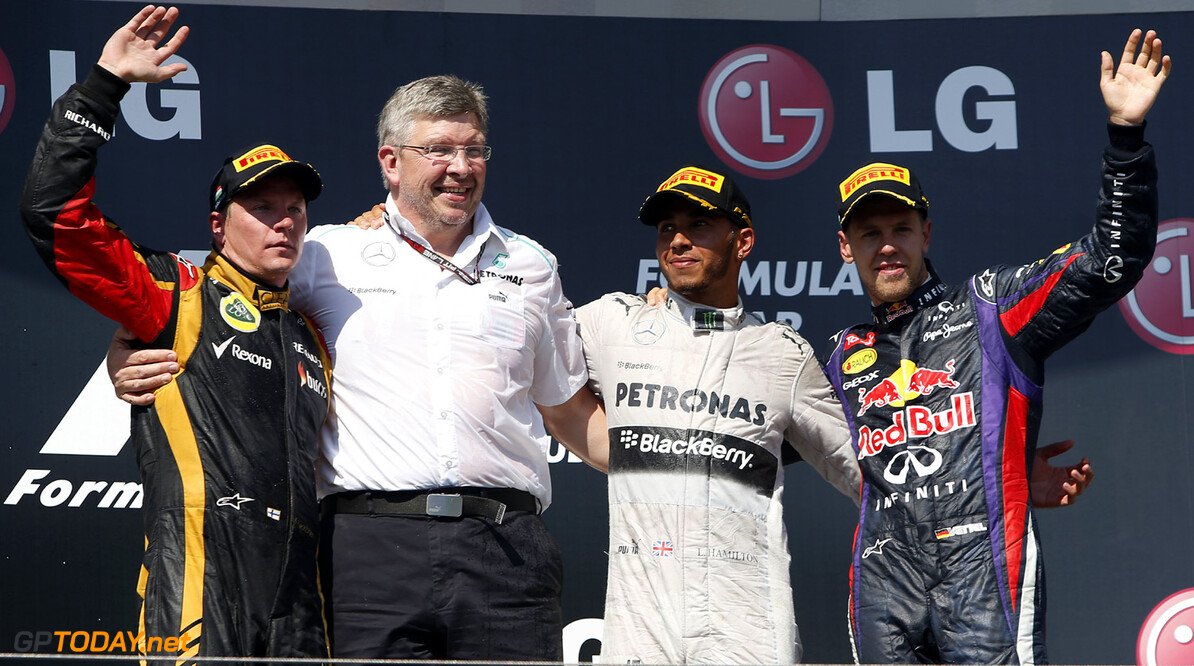 Ross Brawn has dismissed rumours he might return to Ferrari once Paddy Lowe replaces him as team boss at Mercedes. After his ultra-successful stint as Ferrari's technical director, the 58-year-old took a sabbatical in 2007 and then returned to F1 with Honda.

Brawn has also headed the Brackley based team as Brawn GP and Mercedes, but Lowe, having arrived from McLaren, is expected to be the team's next boss.
More about Ferrari


Reports have suggested Brawn could then go back to Ferrari as the great Italian team grapples with its latest technical problems.

"Firstly, I have never discussed the possibility of a return to Ferrari," he insisted to Italy's La Gazzetta dello Sport.

"I had wonderful moments at Maranello and I love Italy so much now that in the next week I'll be (holidaying) in Forte dei Marmi.

"But I am happy to be with Mercedes and I have to say that we have done a good job," said Brawn.

"The arrival of Paddy Lowe doesn't change the situation, as I have a different role in the team."

"In F1 we are used to pressure, especially those of us working in the top three or four teams.

"We all want to win and I'm under scrutiny just as Domenicali is," said Brawn.

"But one of the secrets of success in motor sport is stability: we at Mercedes are competitive again thanks to a job that started 18 months ago."

So, for now, Brawn's focus is on Mercedes, and the delicate transition of resources between continuing to develop the winning 2013 package, and preparing for the radical new rules of next year.

"However, it is quite difficult -- Sebastian Vettel and Red Bull are very consistent -- they're hardly going to commit serious mistakes."

Finally, Brawn dismissed Ferrari president Montezemolo's accusation that Mercedes has only stepped into a winning position in 2013 due to the 'testgate' scandal.

"All I'll say is that we won in Hungary with tyres that we had never used before, as we couldn't do the Silverstone test.

"But I know what an enthusiast Luca is, so I understand his outburst," he said. (GMM)
F1 News Fernando Alonso Felipe Massa Sebastian Vettel Ferrari Mercedes McLaren Brawn GP Honda
.